Before George Clooney was the A-lister he is today, he was just another struggling actor trying to make it on television. In fact, he allegedly had his agent ask for his 1987 guest star role on The Golden Girls “so he [could] maintain his medical insurance,” according to The New York Post. During Season 2, Episode 24 titled “To Catch a Neighbor,” George portrayed policeman Bobby Hopkins. In his role, he worked to try to catch the jewel thieves who lived next door to Rose (Betty White), Dorothy (Bea Arthur), Blanche (Rue McClanahan), and Sophia (Estelle Getty). And we must say, he was one handsome cop! Watch the video below to see George on the hit sitcom.

Believe it or not, George also appeared on Roseanne back in the day as well. Before the sitcom’s reboot was canceled, Roseanne Barr shared that he didn’t want to be involved in the revival. “Well, George Clooney didn’t want to come on — so that was a bummer, but he lives in Italy,” the 65-year-old shared on The Howard Stern Show. “He’s said some really silly things about me, but I still love him.” Since George’s days on the beloved sitcom, he’s appeared in a plethora of shows and movies (we’re talking about his iconic ER stint!), married Amal Clooney, and became a dad to twins Alexander and Ella. When he was on Golden Girls and Roseanne, it was a trying time for the actor, but now things have changed completely — he doesn’t even want to act as much anymore. 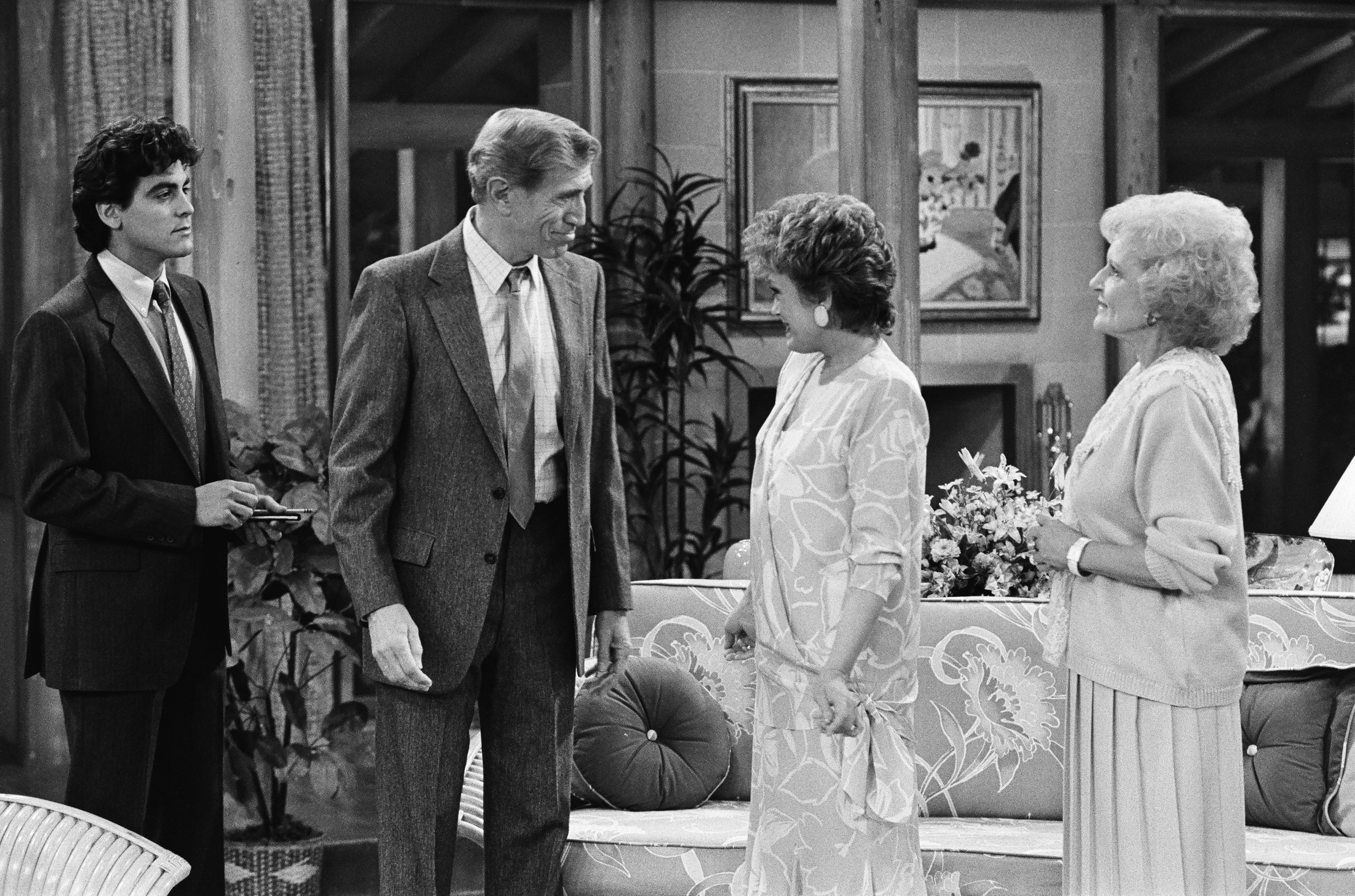 “I have money,” he told The Sunday Times in a recent interview. “So I can fight to make movies I want to make. If you look at what I’ve been in over the past 15 years, for the most part, they weren’t going to get made if I didn’t do them.” George continued, “Look, I acted for a long time and, you know, I’m [57]. I’m not the guy that gets the girl anymore,” adding that he “shouldn’t be the guy that gets the girl.” We bet he could get Betty again — we’re sure she’d hire him for a Golden Girls reboot!

Betty White Shares Fond Memories From ‘The Golden Girls’ — “We All Had Such Fun Together!”