Many people who lose weight can pinpoint the exact moment when they realized they needed to make a major lifestyle change. For Amanda Gibbon of Monmouthshire, Wales, that moment was in a clothing store fitting room, after she wound up in tears while trying to shop for new clothes. For her husband Mark, it was on an airplane, when he couldn’t quite fit in his seat and had to ask for a seatbelt extension.

“You just know all eyes are on you and can almost hear people whispering, ‘Look, he needs a seatbelt extension,'” Mark says. “And the worst thing is that you know you’re going to have to ask for one on the way back, too.”

The couple, who has three children and two grandchildren, decided it was time to do something about their unhappiness. Following the advice of their eldest daughter, they took the plunge together and joined Slimming World, a “food optimizing program” that teaches people how to eat in a way that keeps them satisfied; it allows unlimited amounts of “free foods,” a mix of healthy extras, and a sprinkling of favorite treats.

How They Got Started

As they began learning how to cook from scratch and experiment with flavors, the Gibbons made weekly meal planning on Sundays a strict part of their routine. Gradually, they took up regular walking and became more active and energized, leaning on their fellow Slimming World group members — many of whom had become good friends — for support. In just eight months, the couple saw dramatic results: They lost a combined 161 pounds, and they did it together.

“We feel great. We have so much more energy,” says Amanda, who lost 52 pounds and dropped eight clothing sizes. “We both ran 2Ks this year, and Mark just signed up for a half marathon.” 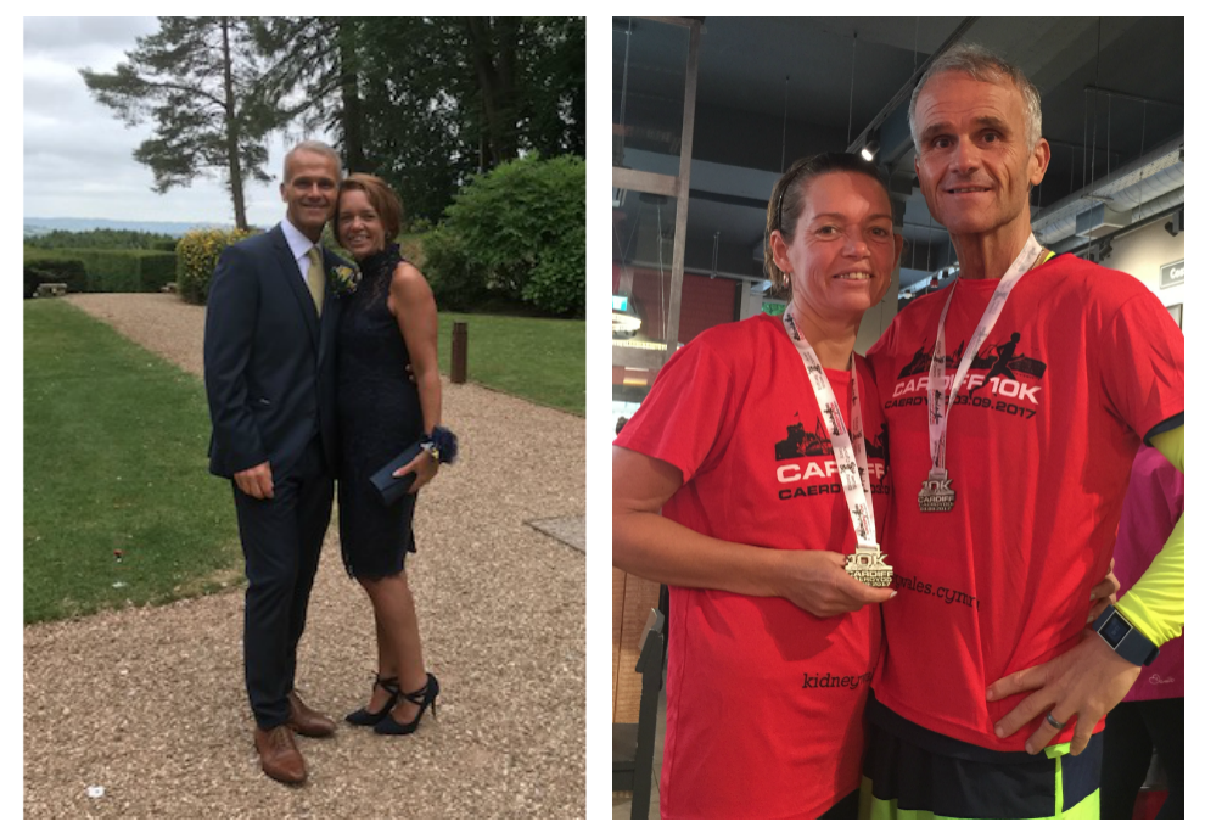 The key, when it came to fitness, was starting small: Taking that first walk around the block, then adding a bit of distance each day and gradually to increase speed. Setting small, achievable goals and then building on them is an important way to gain momentum in a weight loss plan, says the couple — and the results are more than worth it.

“I think the biggest thing is that I’m hopefully looking at an extra 20 years,” adds Mark, who lost 110 pounds and whose doctor told him that his blood pressure has dropped dramatically. “I personally am hoping to do the London Marathon next April, my first marathon. Twelve months ago, I couldn’t run a bath,” he jokes.

For the couple, being able to eat a wide variety of tasty foods they really enjoyed was a highlight of the eating plan, which launched in the United States in January 2017.

“We’ve tried all sorts of diets — awful soup diets, you name it; everything. This has been the easiest. How many diets how many could say you could have chips or a piece of chocolate?” Amanda asks. “Our favorite recipes are the paella, the stir-fry. We can have fish and chips; we can have a burger if we want to. We plan what we’re going to eat. Once you get used to it, it’s easy,” she says.

Another great part about their slimmer, healthier lifestyle? Shopping for clothes is no longer a nightmare.

“We’ve got more confidence in the way we dress, in the way we look,” she says. “Now we’re proud of what we’ve achieved, and we shop in stores that we never could have before.” 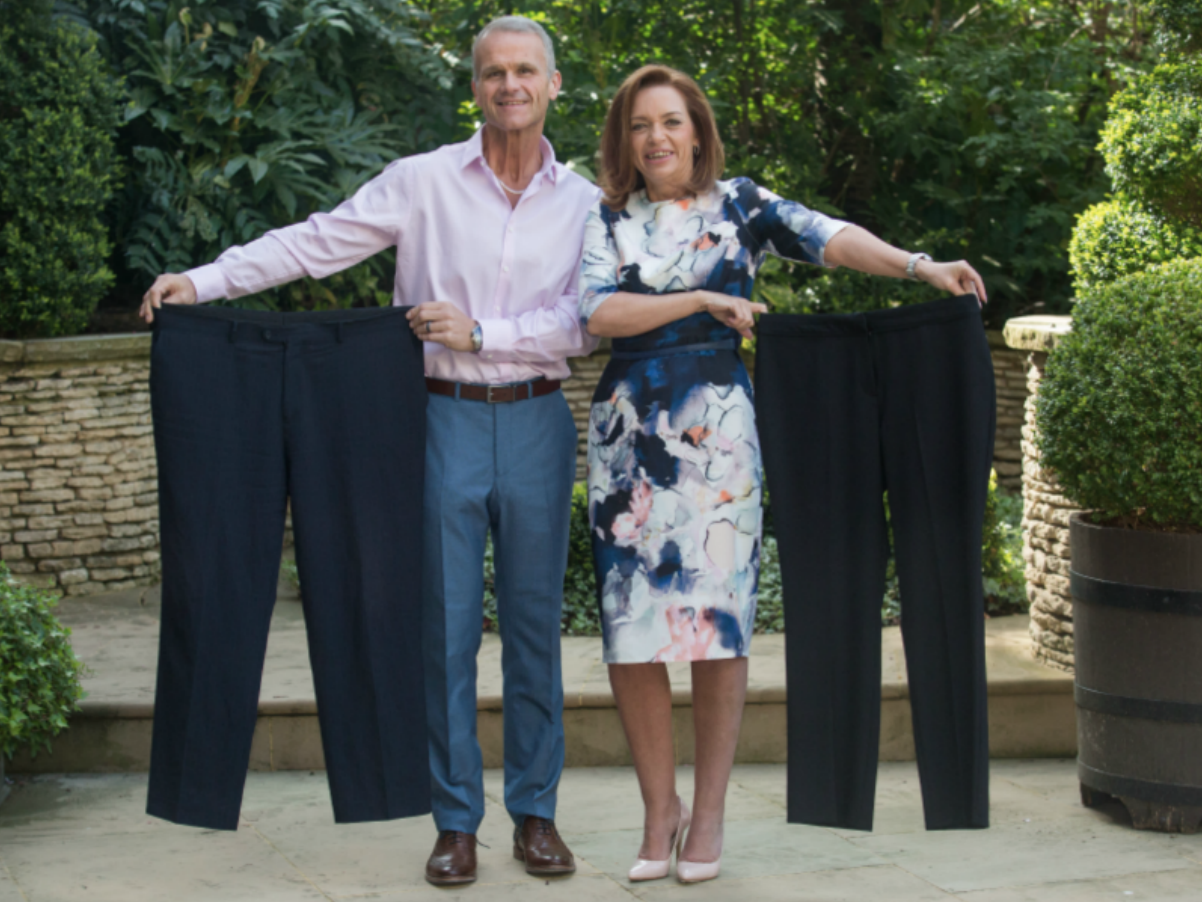 “We have so much more energy,” Amanda says. (Photo credit: Slimming World)

Being able to accomplish their goals together was important to the Gibbons family, and they say the experience — cheering each other on, helping each other through the harder days — has not only improved their health, but made their marriage stronger as well.

“We’ve always been close; we do everything together,” Amanda says. “Now, we’re more honest with each other, and we appreciate each other more. A lot of this is your own attitude. Weight loss is 95 percent in the head,” she says.

They say their extended family has also gotten involved in their healthy new habits, and that they’ve stayed close with the friends they’ve made through Slimming World. Mark and Amanda even started a Slimming World walking group earlier this year, and were recently named Slimming World’s Couple of the Year for 2017.

Maintain Your Weight Loss by Turning on Your ‘Stay-Slim’ Hormone

Lose 15 Pounds in 21 Days With This Coffee Cleanse )