Amber Rachdi was just 23 years old when her My 600-lb Life episode aired in 2015. At the time, she weighed 657 pounds and admitted she felt like a “nasty, yucky monster.” Her anxiety caused her to overeat and she needed assistance with even the most basic tasks.

Back then, she could only stand on her legs for 30 minutes, which was why Amber decided to seek treatment. On the show, fans watched her lose 20 pounds to become a patient for gastric bypass surgery. 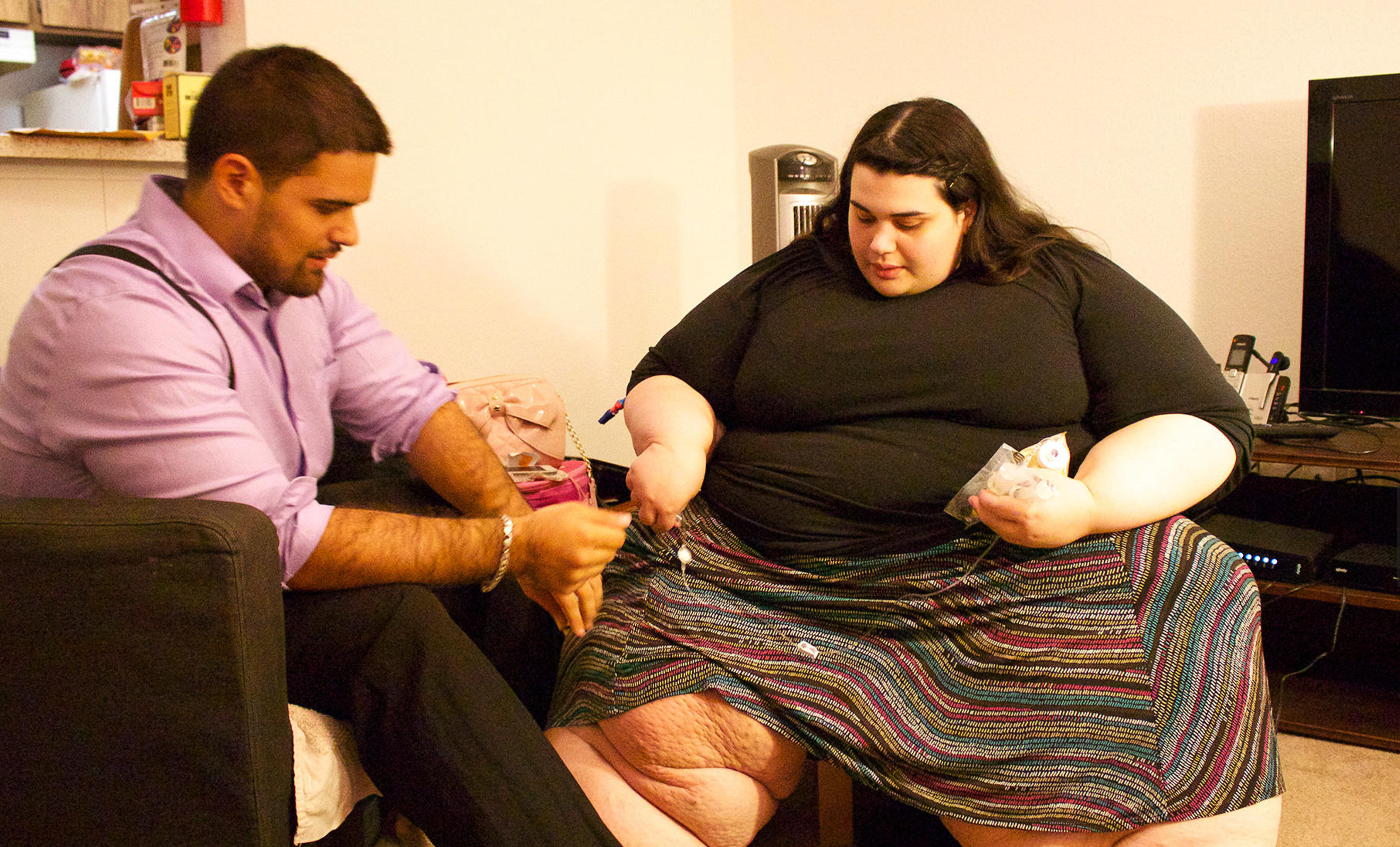 Amber’s family moved to Houston with her so she could be closer to her doctor. (Photo Credit: TLC)

When Amber was five years old, she weighed nearly 160 pounds and recalled having to be weighed on a scale for the wheelchair-bound at 16. She openly admitted that she had an eating disorder, but unlike anorexia, she couldn’t stop eating. Despite her family enabling her and her father’s comments about weight gain, the Portland, OR native had come out of the experience stronger, rather than bitter.

Since her surgery, the brunette beauty has broken up with her boyfriend, Rowdy — who was featured on the show — got married, and is seeing a therapist to help heal her anxiety and anger. She’s able to drive again, lives independently, and enjoys speaking to people about her journey. Oh, she’s also lost more than 400 pounds and looks absolutely amazing — NBD!

In January, Amber showed off her curves in a leather jacket on Instagram and wrote, “Ok, so not a selfie. My husband took this one, but I still feel pretty cool in my leather jacket.”

Ok, so not a selfie. My husband took this one, but I still feel pretty cool in my leather jacket.

With a new approach to food (in addition to the surgery) she was able to shed the weight — and keep it off. The reality star is active on social media has more than 46,000 followers on Facebook. During a recent Q&A, she opened up to fans about how she deals with haters watching her eat.

She said, “Eat your food obscenely. Lick it like you are doing dirty things to it. Drool a little. Let your eyes roll back in your head. They’ll either look away embarrassed or bust up laughing. Screw them.” Go, girl!

Watch the video below to see what your other favorite My 600-lb Life stars are up to today!

This article originally appeared on our sister site, In Touch.

More from In Touch

Despite Death Rumors, Donald Shelton From ‘My 600-Lb Life’ Is Still Alive and Working on His Health