At his heaviest, Jacob Miller weighed 707 pounds — and he was just 15 years old. Despite being born five weeks prematurely, he grew rapidly, and by the time he was 1, he already weighed 52 pounds. When he reached his teens, he was gaining 100 pounds a year and was suffering from diabetes, cellulitis on his legs, heart disease, and non-alcoholic fatty liver disease.

Realizing that his weight could lead to premature death, Jacob and his parents enlisted the help of doctors at Cincinnati Children’s Hospital Medical Center. His surgeon, Dr. Tom Inge, said to Jacob and his family at the time: “Bodies aren’t built to hold this much weight. Surgery is the best option to give Jacob a chance at turning his life around.”

MUST-SEE: Maintain Your Weight Loss by Turning on Your ‘Stay-Slim’ Hormone 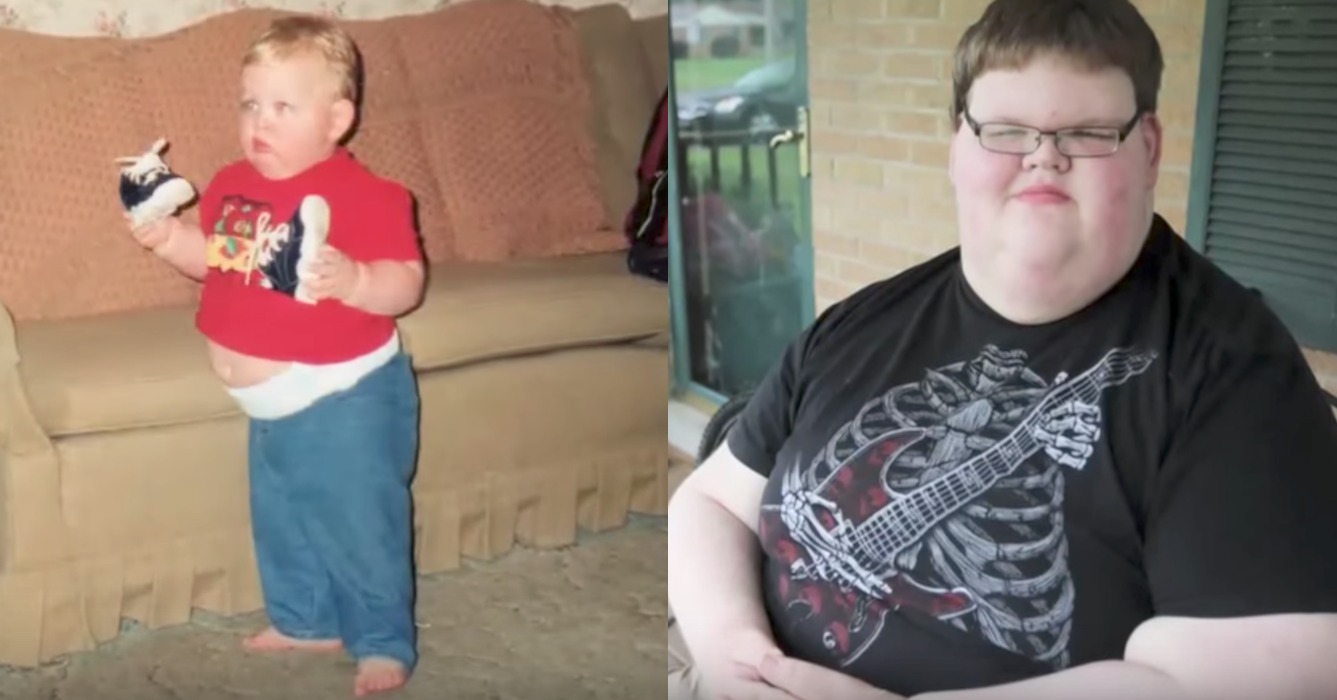 Jacob as a child and before gastric bypass surgery. (Photo Credit: YouTube)

Following surgery, the teen dropped 77 pounds, though his mother was realistic about the role gastric bypass surgery would play in his weight loss journey. She said, “I don’t think it’s the fix-all, cure-all, but at least it’s going to slow him down enough to maybe give us some time to do some more research to figure out what is causing his growth.” Doctors think a hormone imbalance caused the rapid weight gain. After six months, Jacob went from a size 10X shirt to a size 5X and from 5X pants to 3X pants.

In 2015, the Cincinnati Children’s Hospital said Jacob was trying to break the 500-pound mark but was free of diabetes and his sleep apnea has improved. He even scored a date to his school prom! Six months ago, they gave another update and revealed, “Jacob is in his first year of college and is studying to be a vet tech. Weight loss is still a struggle, and he says he has a hard time finding time to work out and eat healthy on a limited budget. He has discovered that there is no magic trick for losing weight. It’s a constant battle.﻿”

Although weight loss can be a lifelong struggle, we’re happy to hear Jacob’s health has improved! He’s definitely an inspiration.

Lose 15 Pounds in 21 Days With This Coffee Cleanse