Before Ryan Seacrest took Hollywood by storm, there was Regis Philbin — everyone’s favorite TV personality. The 86-year-old shot to stardom in the late ’80s with his morning talk show Live! and he’s also hosted the popular game show Who Wants to be a Millionaire? — but after stepping down from his famous gigs, he’s been living a much slower lifestyle away from the spotlight. Keep scrolling for an update on the legendary star!

These days, Regis fills in as a guest co-host for several morning shows, from the TODAY show to the The Rachael Ray Show, and he’s also landed several cameos on scripted series, including New Girl. “While there are days I do miss working, it’s been a nice change of pace to focus more on relaxing and spending time with my wife, Joy, and our kids and grandkids,” he told AOL. “I also continue to stay physically and mentally active by playing tennis and keeping up with the stock market.” 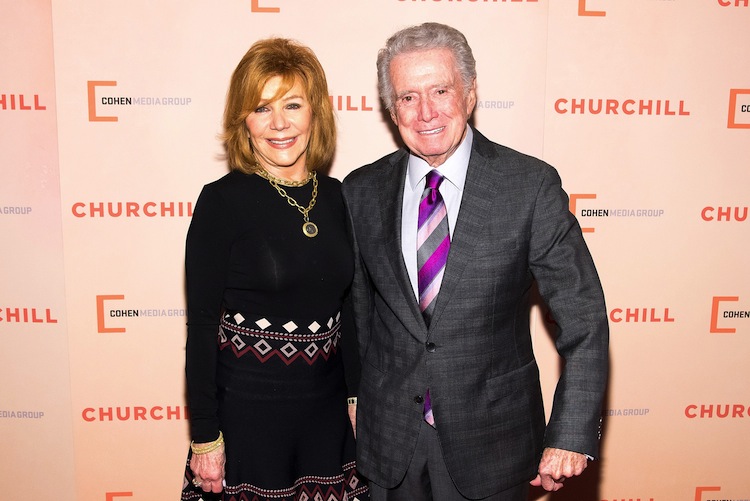 Regis and his wife Joy in 2017. (Photo Credit: Getty Images)

Health is his first priority.

Age is nothing but a number for the father-of-four — though he has had a few health concerns over the years. During his time on Live!, he had an angioplasty, underwent triple bypass surgery, and had a hip replacement. He currently uses some of his free time to help raise awareness on heart health. Explaining his operations, he’s said it “made me realize I needed to take my heart health seriously.”

“I’ve made a career out of speaking candidly to the public, and that includes sharing my heart disease experience and major heart surgeries,” the star said of joining the Take Cholesterol to Heart campaign. “I hope by sharing my own heart health experience, others will be encouraged to speak up to their doctor to find the [medication] that works best for them. I’m proud to include this campaign as part of my legacy.”

The star and Kathie Lee Gifford started working together in 1988, and their instant chemistry drew in viewers and sent ratings soaring. The pair continued to co-host Live with Regis and Kathie Lee until the latter said goodbye in 2000. The former colleagues have remained friends and were most recently spotted in January grabbing dinner. 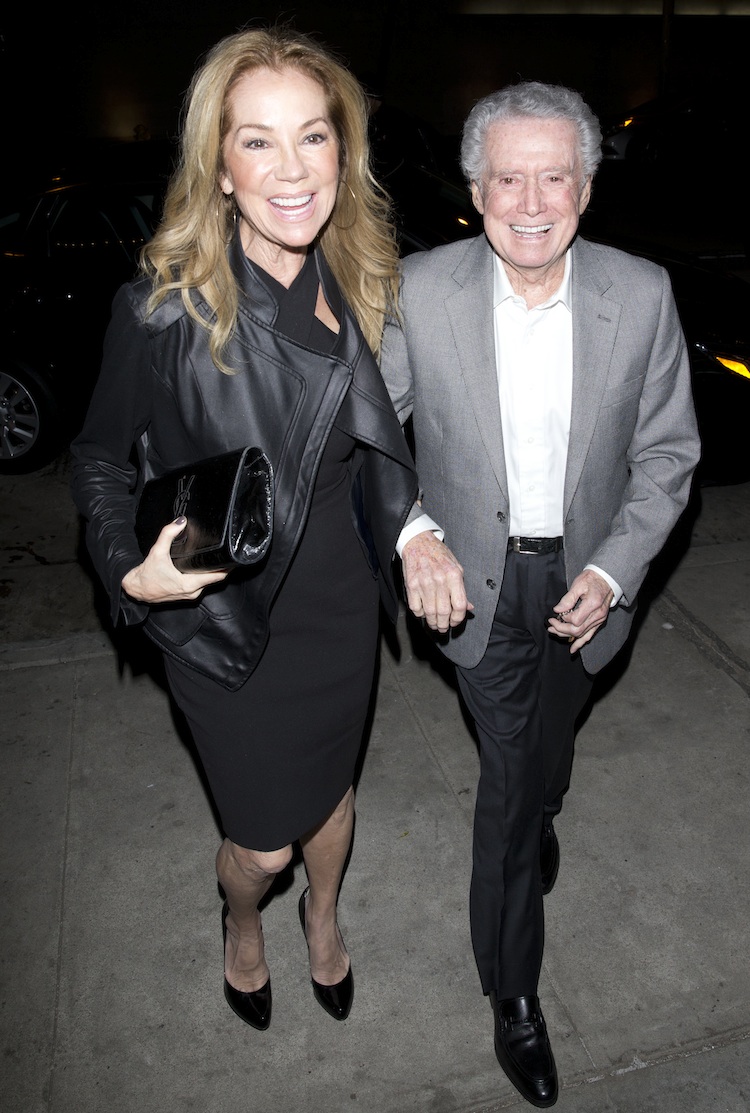 On the other hand, his days spent with Kelly Ripa weren’t quite so easygoing. Although neither of them ever had any harsh words towards the other during their decade on Live! together, they both spoke out last year after it was revealed that Regis’ replacement, Michael Strahan, often butted heads with Kelly. However, their stories didn’t exactly match up.

“Regis had a mandate: absolutely no talking off-camera,” Kelly revealed in December 2017. “He had almost a superstition about it. You save it for the show. I’d be like, ‘Good morning,’ and he’d say, ‘Save it for the air!’” 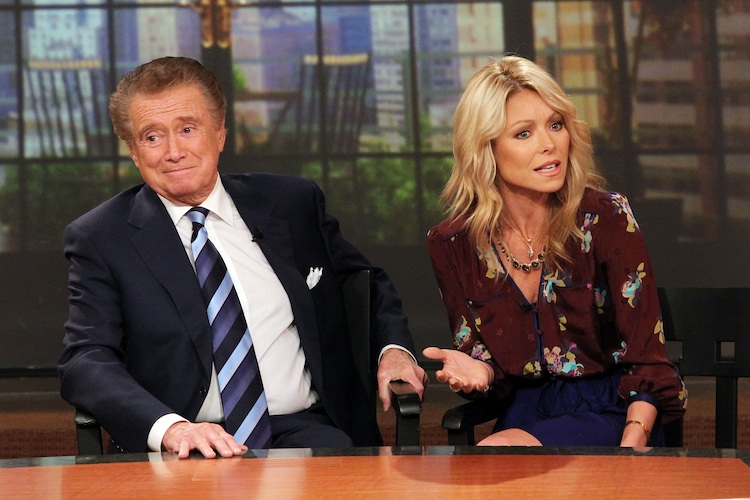 Regis says their relationship fell apart when he made the decision to leave their talk show in 2011, and he confessed to Larry King that he hasn’t talked to her since. “She got very offended when I left. She thought I was leaving because of her,” he shared. “I was leaving because I was getting older, and it wasn’t right for me anymore.”

Of course, after Michael’s abrupt departure, Ryan stepped in, and he revealed that Regis actually reached out to him before he started his first day. “He said to me, ‘Ryan, I was most worried about doing something the night before so we had something to talk about in the first 20 minutes of the show, so just make sure you’re doing something,'” the American Idol host shared. It sounds like Regis is still the sweet guy we all know and love.

Kelly Ripa Has ‘Live!’ Fans Convinced She’s Pregnant — What Do You Think?

Kelly Ripa and Ryan Seacrest Are Really Friends Off-Screen: “They Are Very in Sync” (EXCLUSIVE)