Do you remember Sophia Loren’s cookbooks? It’s completely understandable if you don’t. After all, the classic starlet is beloved for many things — her acting talent, show-stopping good looks, and fabulous fashion — but writing cookbooks isn’t usually one of the first things people think of when they hear her name. That’s why if you’re a fan of Sophia Loren, you should definitely consider getting your hands on one of these books while you still have the chance.

Sophia Loren’s cookbooks, like In the Kitchen With Love, are becoming increasingly difficult to find as time goes on. In fact, these books are so rare that they’re actually turning into collector’s items, especially because of the wild 1970s fashion and recipes found in them, according to AbeBooks.com, a marketplace for used and rare books. Another reason why these books are so sought after is because they highlight the legendary star’s special relationship with food. 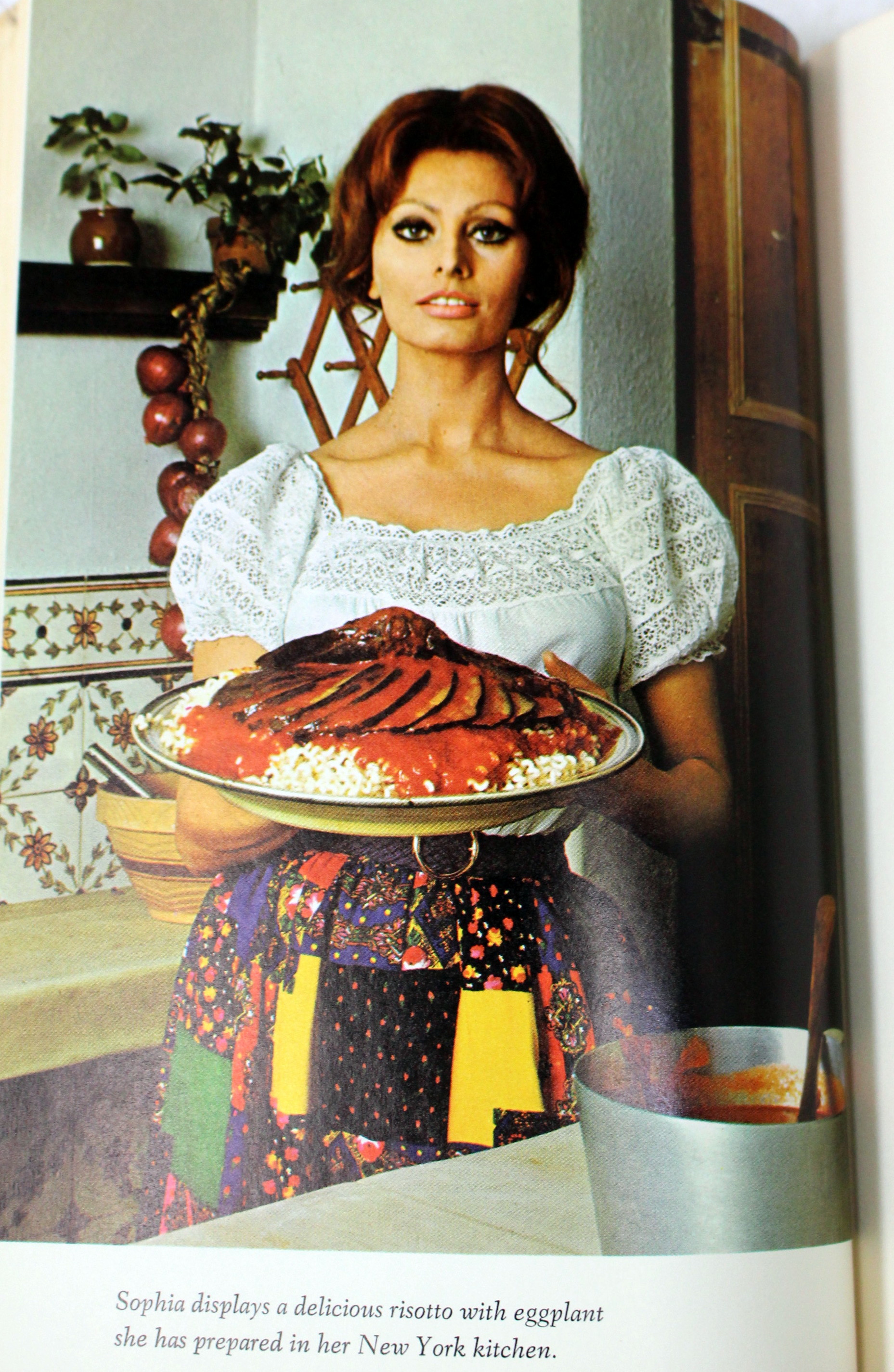 You don’t have to be a huge fan of Sophia Loren to know she adores food. After all, we’re talking about a lady who has been quoted saying, “Spaghetti can be eaten most successfully if you inhale it like a vacuum cleaner.” But lots of people forget that she didn’t always have lots of spaghetti — or any food, really — to survive on, much less enjoy.

In her 2014 autobiography, Yesterday, Today, Tomorrow: My Life, Loren wrote, “Hunger was the major theme of my childhood… As time passed, there was no more buying food, no money, no supplies. On some days, we wouldn’t even have a crumb to eat.” One time, she wrote, a soldier tossed her some chocolate — and she didn’t even know what it was.

Of course, all that changed after she became an Italian star at age 20 and an international star at age 25. But despite becoming one of the world’s most renowned actresses, Loren never forgot where her deep appreciation of food stemmed from — experiencing hunger for so long.

It’s no surprise that when she began taking less movie roles in the 1970s, she decided to dabble in recipe-writing. She first published her cookbook, In Cucina con Amore, in Italian in 1971. A year later, it was translated to English as In the Kitchen With Love, and quickly stacked on American bookshelves. With recipes like “aubergine mayonnaise crostini” and outfits full of flares and headscarves, we can’t believe we almost forgot about this utterly breathtaking book. 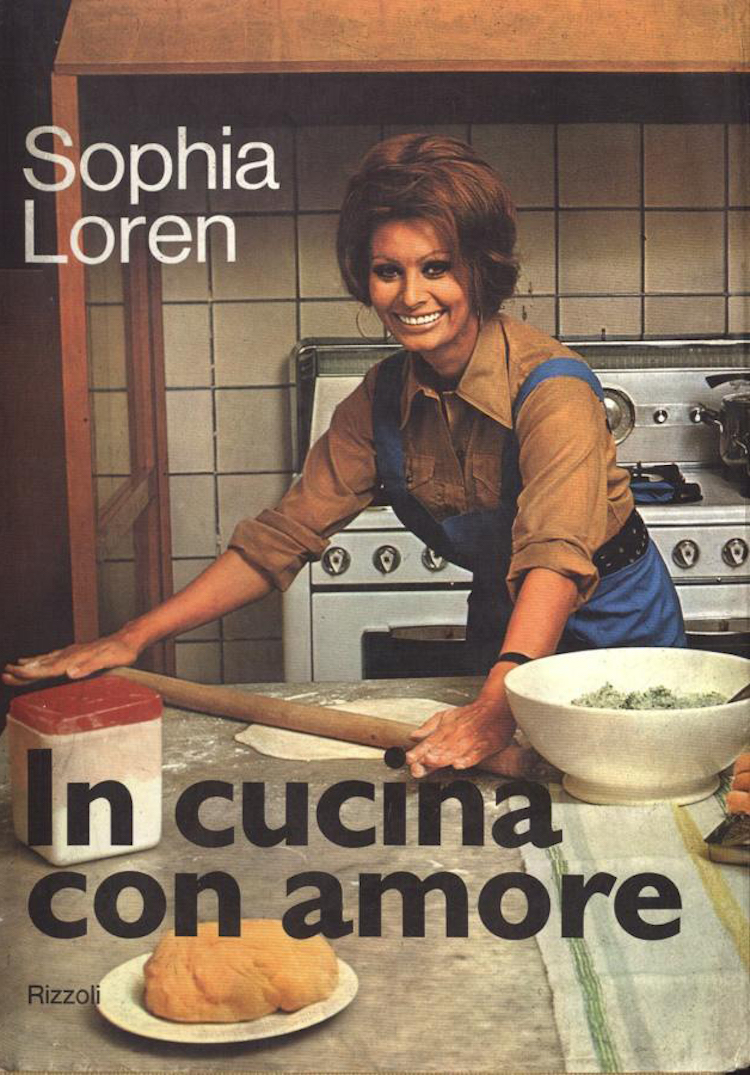 She published another cookbook titled Recipes & Memories in 1998, which included both recipes for classic Italian dishes and photos from her life. Though used copies of this book are relatively easy to find, it’s much tougher to find copies of the 1970s In the Kitchen With Love, and because of that, they can be sold for as high as $400.

Luckily, AbeBooks.com has In the Kitchen With Love available for purchase for much more reasonable prices; $50, $70, and $100 are some prices you can expect to see there. You can also find inexpensive copies of the Italian version, In Cucina con Amore, as well as Recipes & Memories on that same website.

Any — or heck, all of these books — would be perfect for any Sophia Loren fan to keep in her collection. Considering how valuable they might be in the future, they’re also perfect keepsakes to pass down to the younger generation.

There’s no shortage of celebrity cookbooks available today, but Sophia Loren’s cookbooks still stand out among all the new texts on the shelves. But we shouldn’t be surprised; Sophia Loren has always been a star among stars — even in the kitchen. 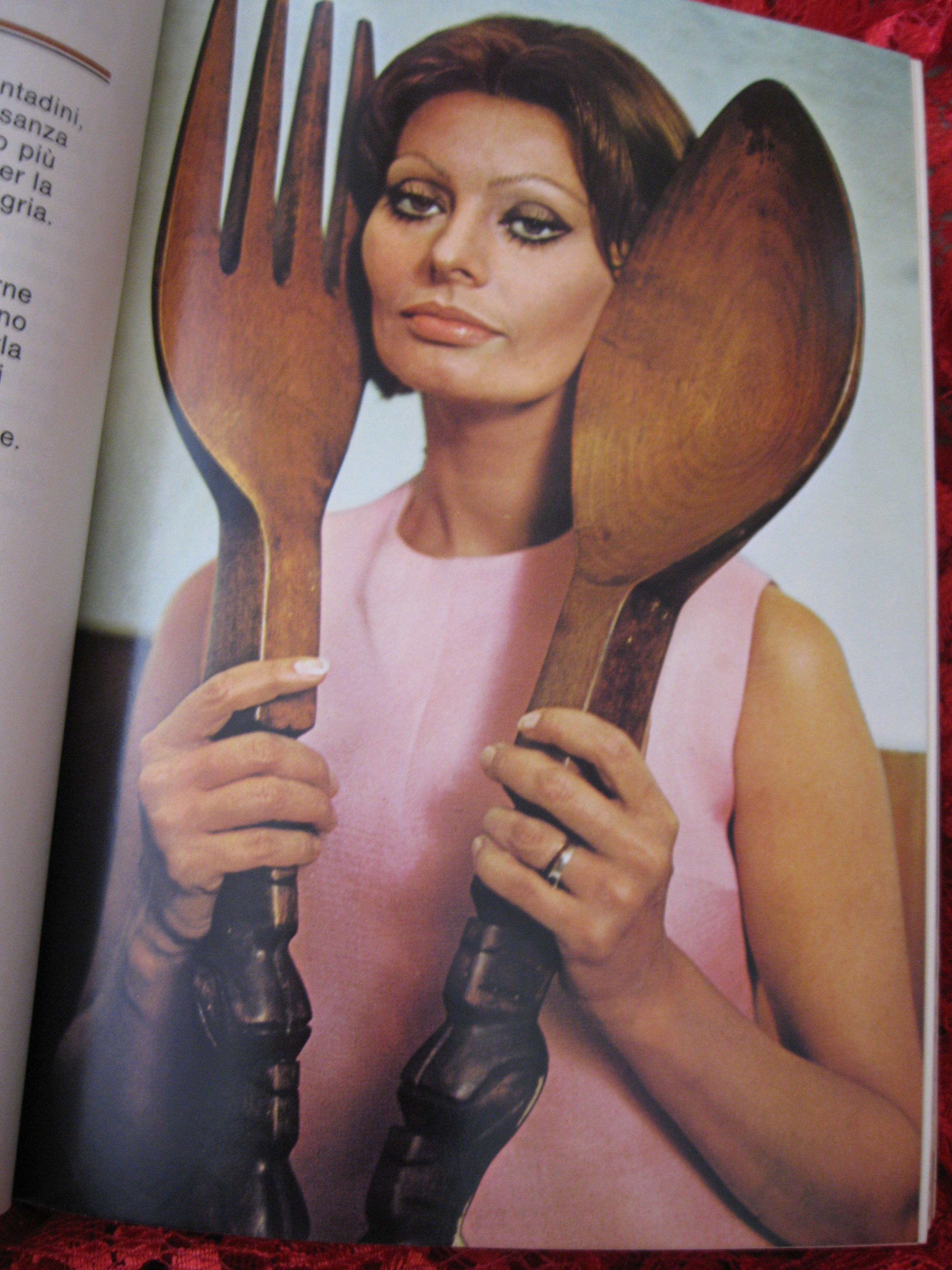 Then and Now: See What the World’s Most Beloved Starlets’ Children Look Like Today