We’re finally just a few days away from the Roseanne reboot‘s premiere — and we can’t wait! During the 2018 Oscars on Sunday, March 4, ABC debuted a brand new trailer for the highly-anticipated upcoming show. “Some things aren’t meant to change. #Roseanne is back Tuesday, March 27 at 8|7c on ABC,” the official Roseanne Instagram account captioned the new trailer — watch the clip below!

Clearly, Roseanne fans are thrilled about the show returning to ABC in just a few days. “SO EXCITED FOR THIS!!!!” one person commented on the trailer video, with another similarly adding, “I am incredibly happy! Can’t wait to see it!” In the trailer, a voiceover said, “In the history of television, no family was quite like the Conners,” as old clips of Roseanne Barr, John Goodman, Laurie Metcalf, Sara Gilbert, Lecy Goranson, and Michael Fishman on the original Roseanne show flashed on-screen.

Then, the video jumped forward to clips from the upcoming show as the voiceover said, “Nothing has changed!” During a recent interview with AARP The Magazine, both Roseanne and John gushed about bringing Roseanne back to the small screen 21 years after its ABC finale aired. “Every day, I pinch myself and wonder, is this the most fun in the world or the onset of dementia?” Roseanne, 65, joked. 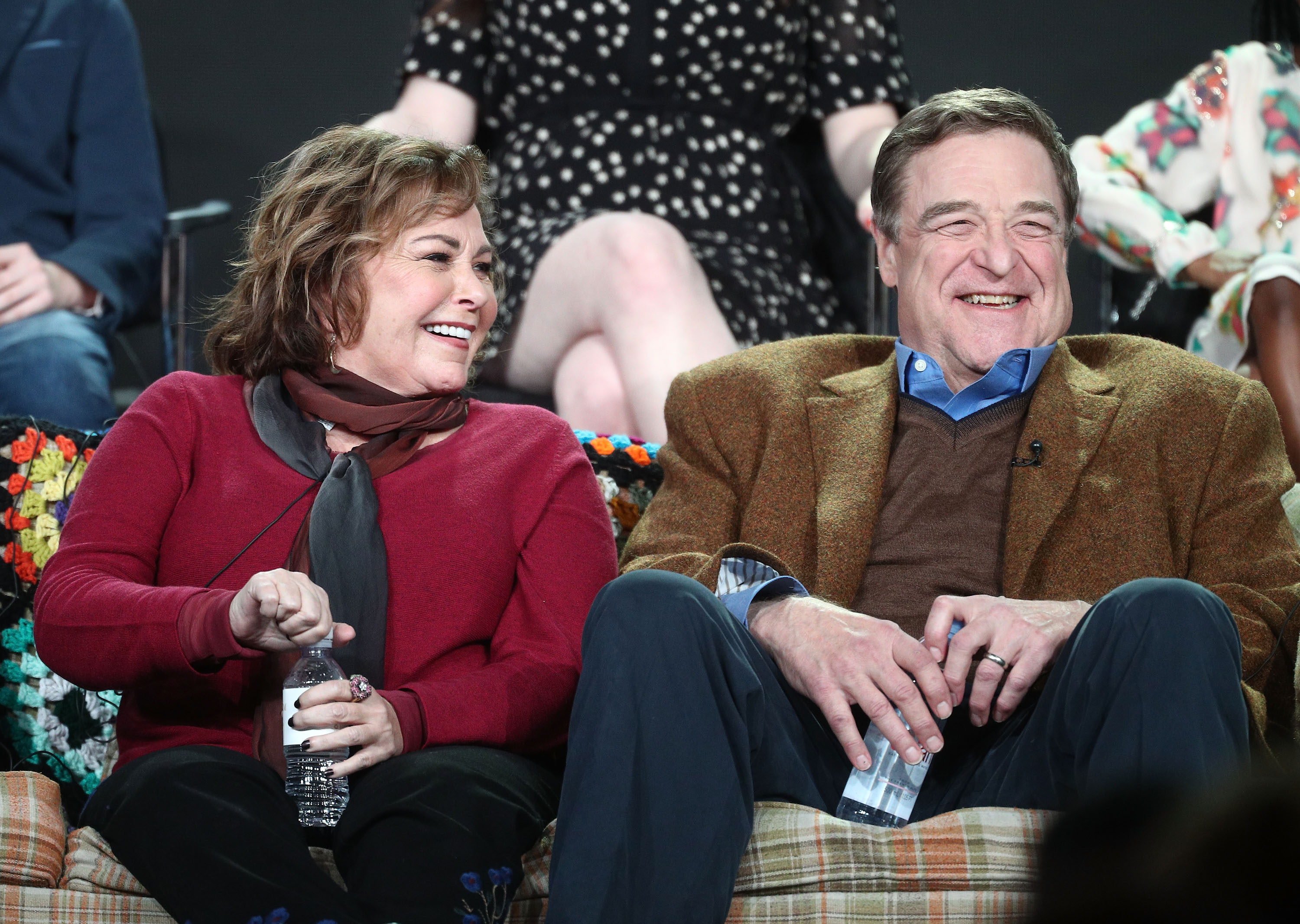 John admitted it’s a bit “harder” today playing Roseanne patriarch Dan Conner today. “Daddy gets tired; Daddy gets a headache and can’t remember his lines sometimes… I thought for some reason I was expert on humor when I was younger. I don’t have to work so hard to be funny now,” he told AARP. We’re so looking forward to Roseanne‘s return on March 27!

The ‘Roseanne’ Reboot Won’t Be as Political as You’d Think, but Will Still “Slam” Hillary Clinton