It’s hard to believe that Roseanne’s original run on ABC is three decades old! The iconic sitcom starring Roseanne Barr and John Goodman debuted in 1988, and launched the careers of famous actors including Johnny Galecki, who now stars on The Big Bang Theory, and Sara Gilbert, who is the creator and co-host of The Talk. But there’s one star from the series that many fans still have questions about — where is baby Jerry now? 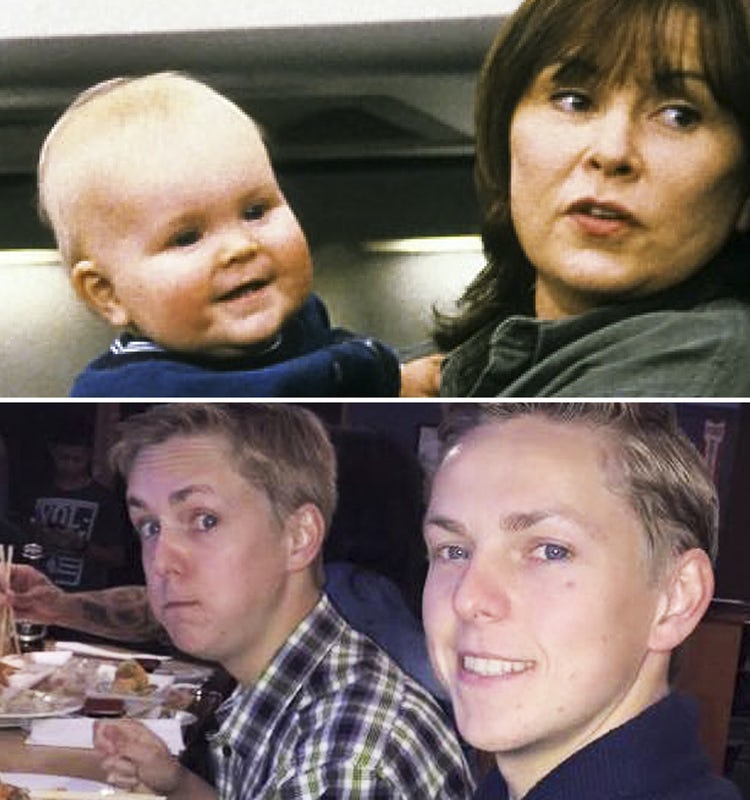 Roseanne’s tiniest character was actually played by a set of twins (yep, Full House style). Cole and Morgan Roberts split their time playing Jerry from 1995 until 1997. Now, get ready to be shocked: Today, the twins are 23, which means they can legally drink. So crazy!

Baby Jerry, whose full name on Roseanne was Jerry Garcia Conner, joined the cast in 1995. At the time, Roseanne and her husband, Dan Conner, named their new addition Jerry Garcia as an homage to the late Grateful Dead singer.

Actress Roseanne Barr’s actual pregnancy with real-life son, Buck Thomas, was written into the show during Season 8. Three months after her character became pregnant on the sitcom, Barr conceived her son via IVF. Thomas didn’t play baby Jerry on Roseanne, but since Barr wanted the series to reflect her real life, the gender of the onscreen baby was changed to male (though they already announced on the show that Roseanne would be having a girl!)

Can’t get enough Roseanne? Check out this video for some little known facts about the show!

The ‘Roseanne’ Reboot Premieres Tonight — Learn All About the Revival!