After 56 years, Rita Moreno decided to dig deep into her closet. And we mean really deep. The A-list actress wore a recycled dress to the 2018 Oscars on Sunday, March 4 — the same one she first donned at the award show in 1962!

“This is a 56-year-old gown that I wore when I won my Oscar in 1962. This is the dress. It’s been hanging in my closet and I go and stroke it now and then. I just love [it] — it was an amazing night,” Rita, 86, shared of her look while on the red carpet. “They didn’t have a red carpet then, it was so different.” 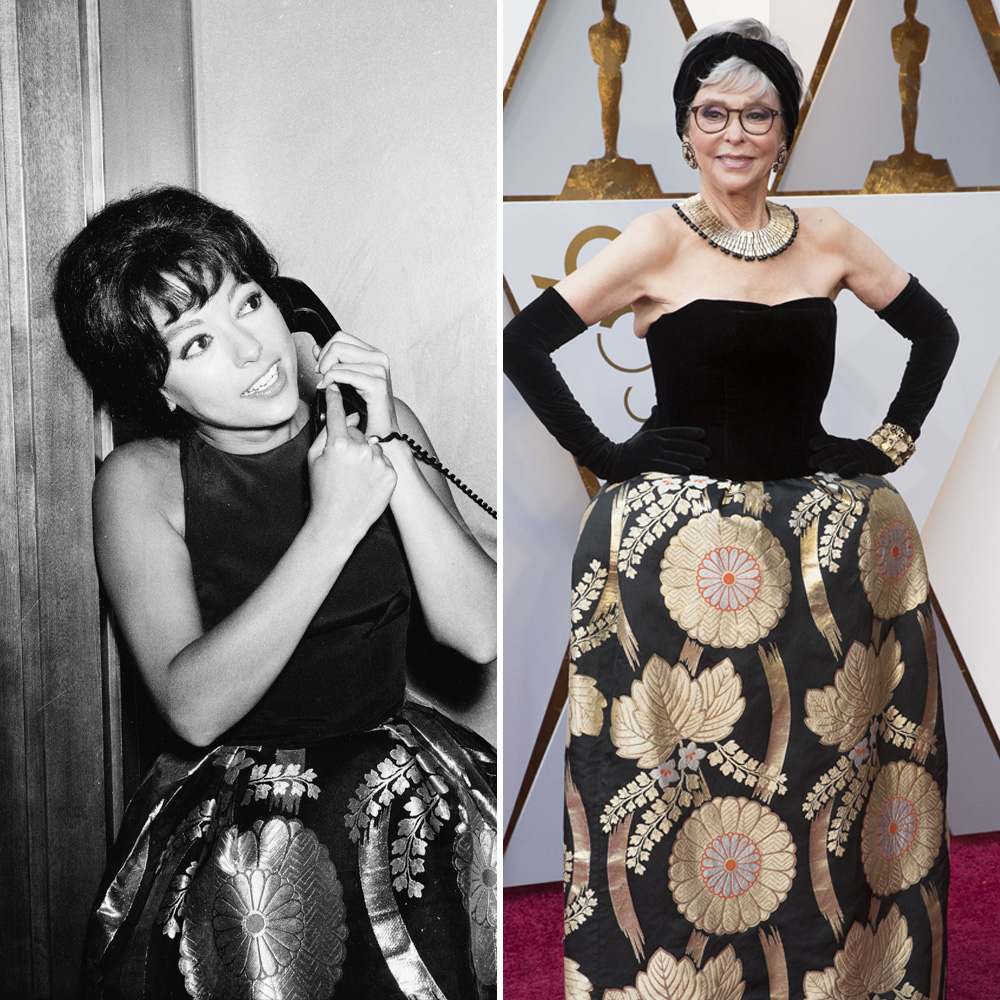 The black strapless frock features a black bottom adorned with gold flower embellishments. Rita topped off the timeless gown with a pair of long black gloves, a bold gold and black necklace, earrings, and a black headband. The one shore wore in the ’60s had straps, however, so she updated it with some minor alterations.

Rita first donned the ensemble (she was 30 years old at the time) when she took home the Best Supporting Actress award for her role of Anita in West Side Story. However, she didn’t think she was going to win that year. “I thought Judy Garland would [for Judgement at Nuremberg],” she shared.

And if Rita could go back in time, she would have made her acceptance speech way longer that night. “I would like to add about 40 different things. Mostly I wish I had accepted on behalf of my people. That would have been so wonderful, but I swear it was so unexpected,” she shared.

The Singin’ in the Rain star proved age is just a number to her with her fashion choice tonight, and in a previous interview, the stunning star shared her secret to staying young. “I write with my left hand even though I’m right-handed, I walk backwards in a very safe place — anything that engages your brain,” she told People last year. “I’m so lucky to still be here at [86]. If I get a hangnail, I don’t dare complain! Life is good. I wake up humming.”

This post was written by Samantha Faragalli. For more, check out our sister site Closer Weekly.