Prince William has opened up about the possibility of welcoming twins with his wife, Kate Middleton, and he’s seemingly squashed our hopes of two royal babies. The 35-year-old made the comments while attending the Centrepoint Awards at Kensington Palace on Thursday, February 8.

While speaking with supporters of the homelessness charity, William revealed he’s catching up on as much sleep as possible before he and his wife welcome their third little prince or princess. “Our third child is due in April; I’m getting as much sleep as I can,” he told Raymond Stoner of Anston Properties.

When Stoner told him he could save time by having twins, William responded, “Twins? I think my mental health would be tested with twins.” William later told another guest: “Two is fine — I don’t know how I’m going to cope with three. I’m going to be permanently tired.”

William, who was hosting the annual event in his role as patron of the awards, also shared his frustration about the number of people who are still forced to live on the streets. “The courage these young people have shown in spite of the most difficult of circumstances is an example to us all,” William said. “What they have achieved — jobs, university, independence — is a testament not only to their strength of character, but also to the dedication of Centrepoint’s team.” 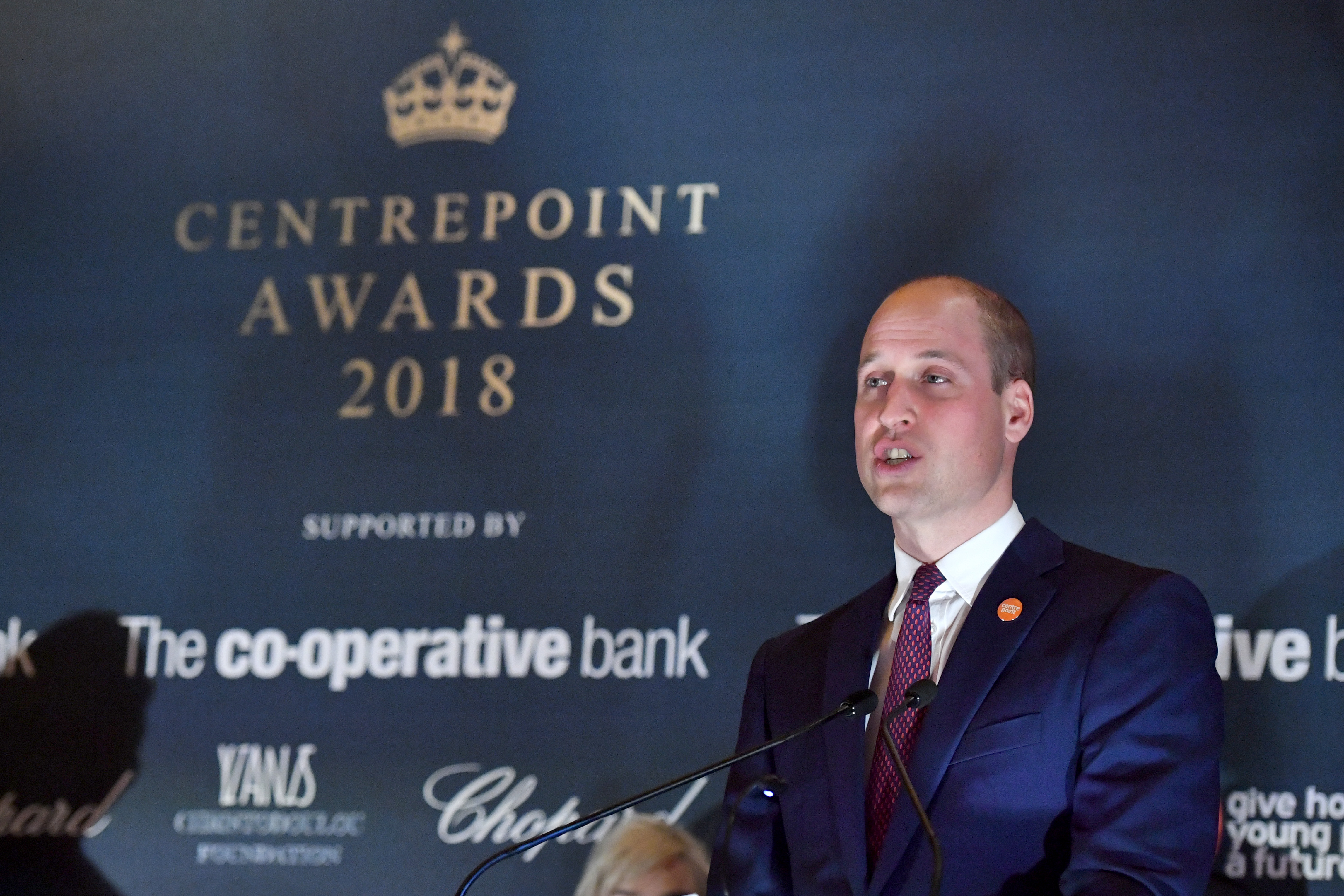 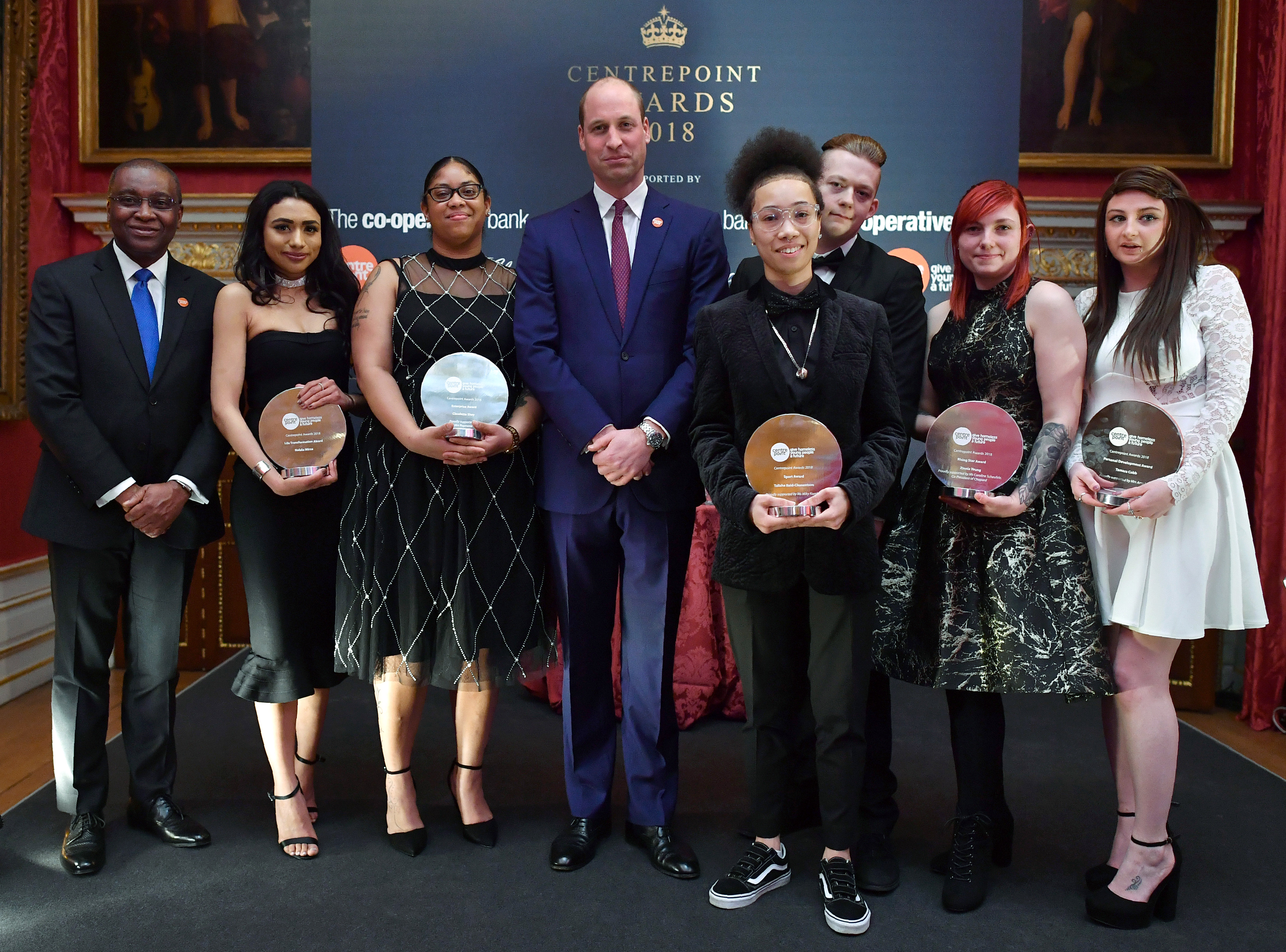 He continued: “However, for me, tonight is one of sharply contrasting emotions. Soon, Centrepoint will be 50 years old. I feel immense pride in all Centrepoint has accomplished in that time, but with it, [I feel] disappointment and frustration. [I feel] frustration that in one of the most prosperous countries in the world, homelessness is still putting the lives and futures of our young people at risk.”

The charity, which provides accommodation and support to homeless people 16 to 25 year old, was also supported by his late mother, Princess Diana. It undoubtedly holds a special place in the royal’s heart. William and Kate are expected to spend some quality time with their young children — Prince George, 4, and Princess Charlotte, 2 — before their family expands once again.

The doting parents have cleared their schedules to coincide with their kids’ half-term break. George, who attends Thomas’s Battersea school, is off of school this week, as is Charlotte, who attends Willcocks Nursery School. Kate and William have previously used their winter break to take their little ones skiing.

In March 2016, the young family spent a few days in France for the children’s first ski vacation and released a series of family portraits following the getaway. The photos, which featured George, who was 2, and Charlotte, who was 10 months old, showed the Cambridges at their most intimate. 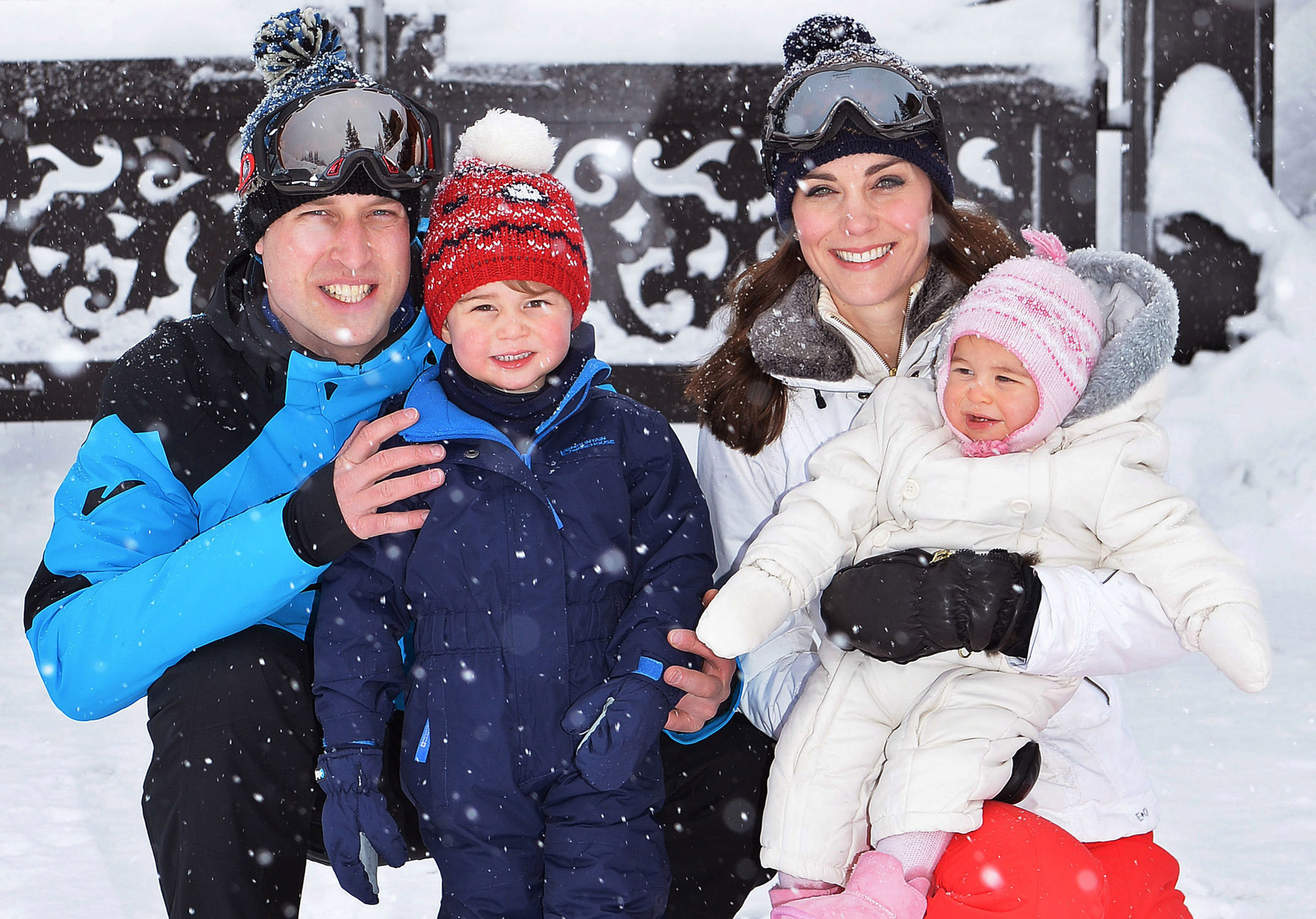 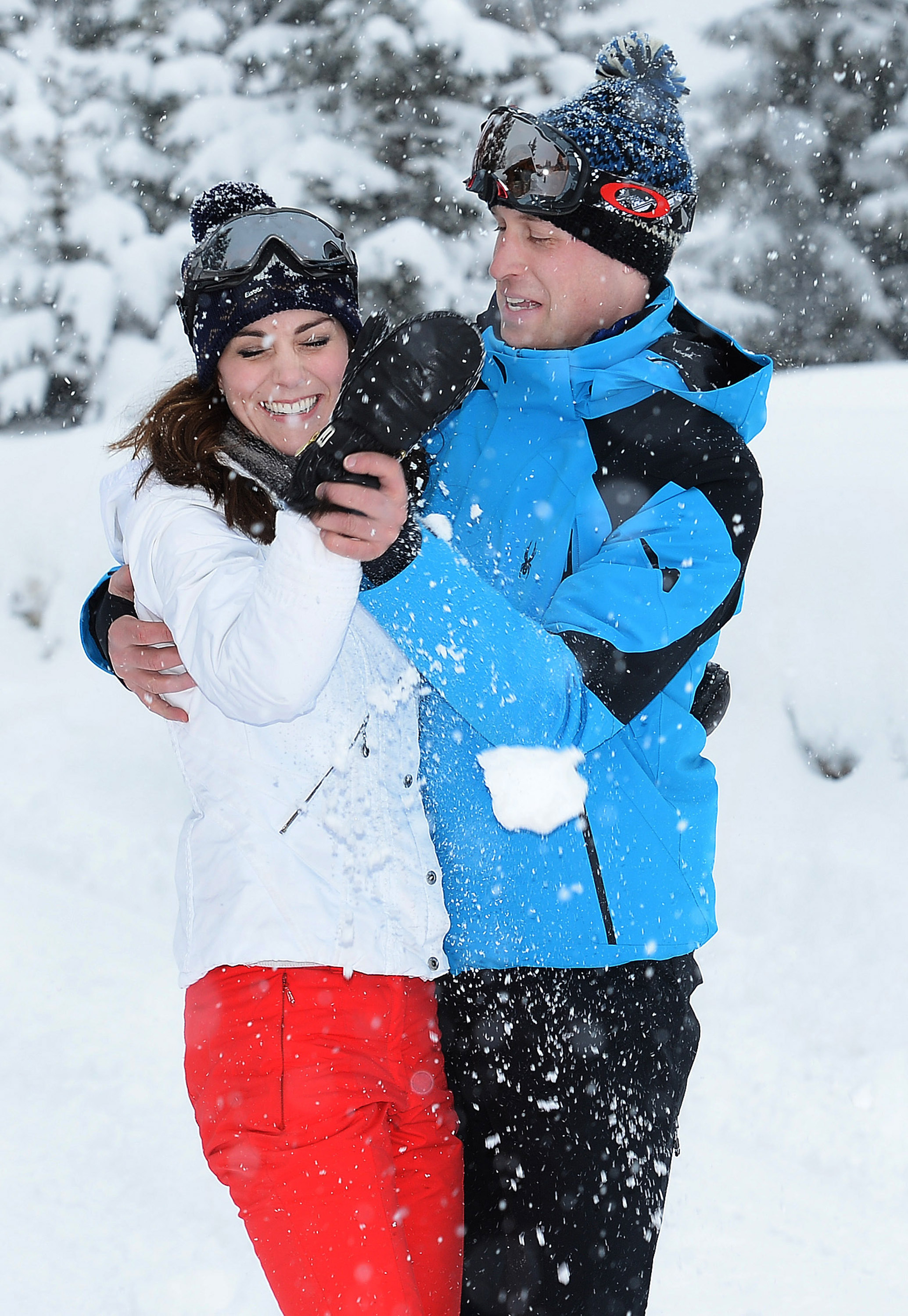 “The Duke and Duchess of Cambridge are delighted to share new photographs of their family,” a Kensington Palace spokesperson said at the time. “The images show Their Royal Highnesses enjoying a short skiing holiday with their children in the French Alps. This was their first holiday as a family of four and the first time either of the children had played in the snow. It was very special and fun short holiday for the family. The Duke and Duchess hope people enjoy the photos.” 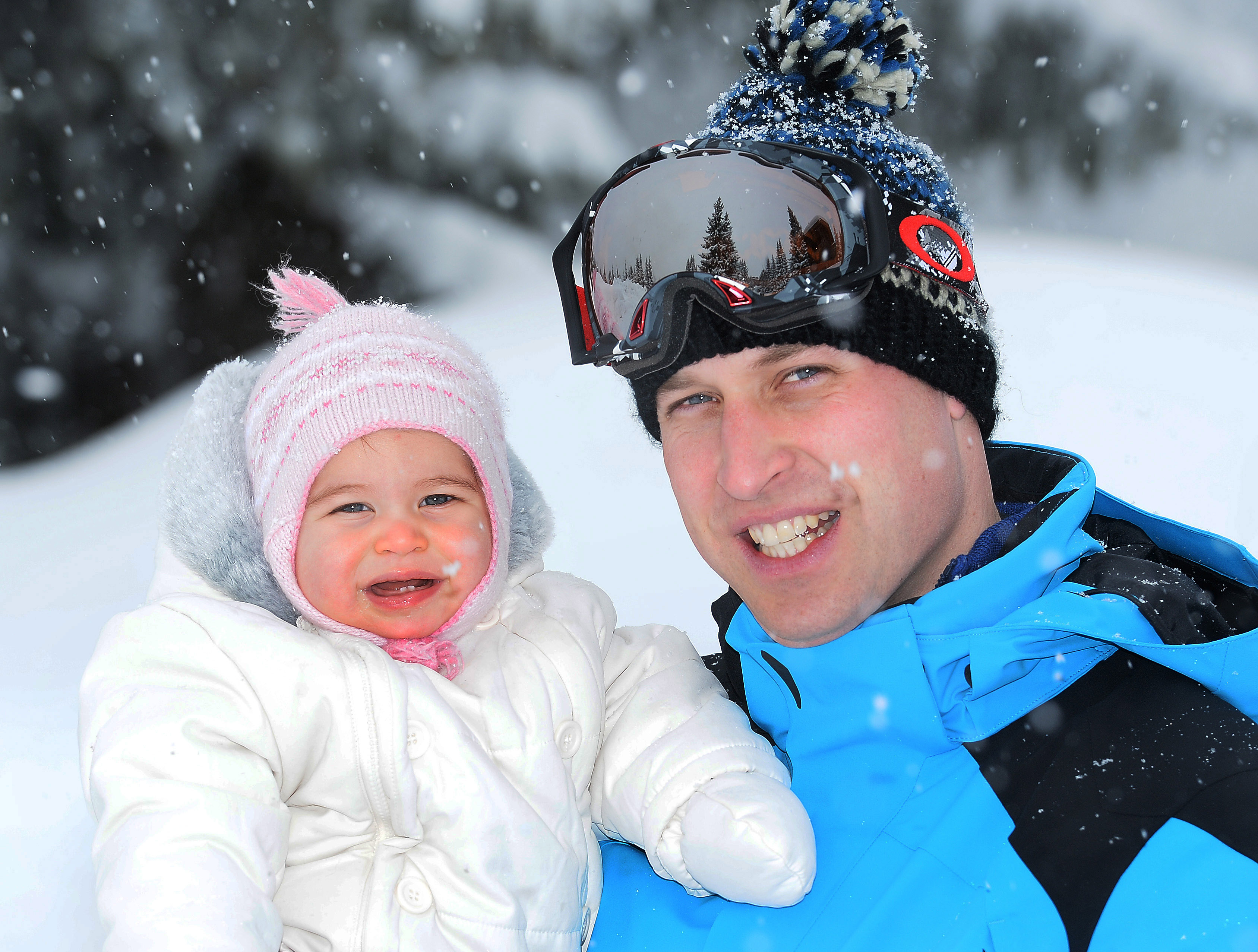 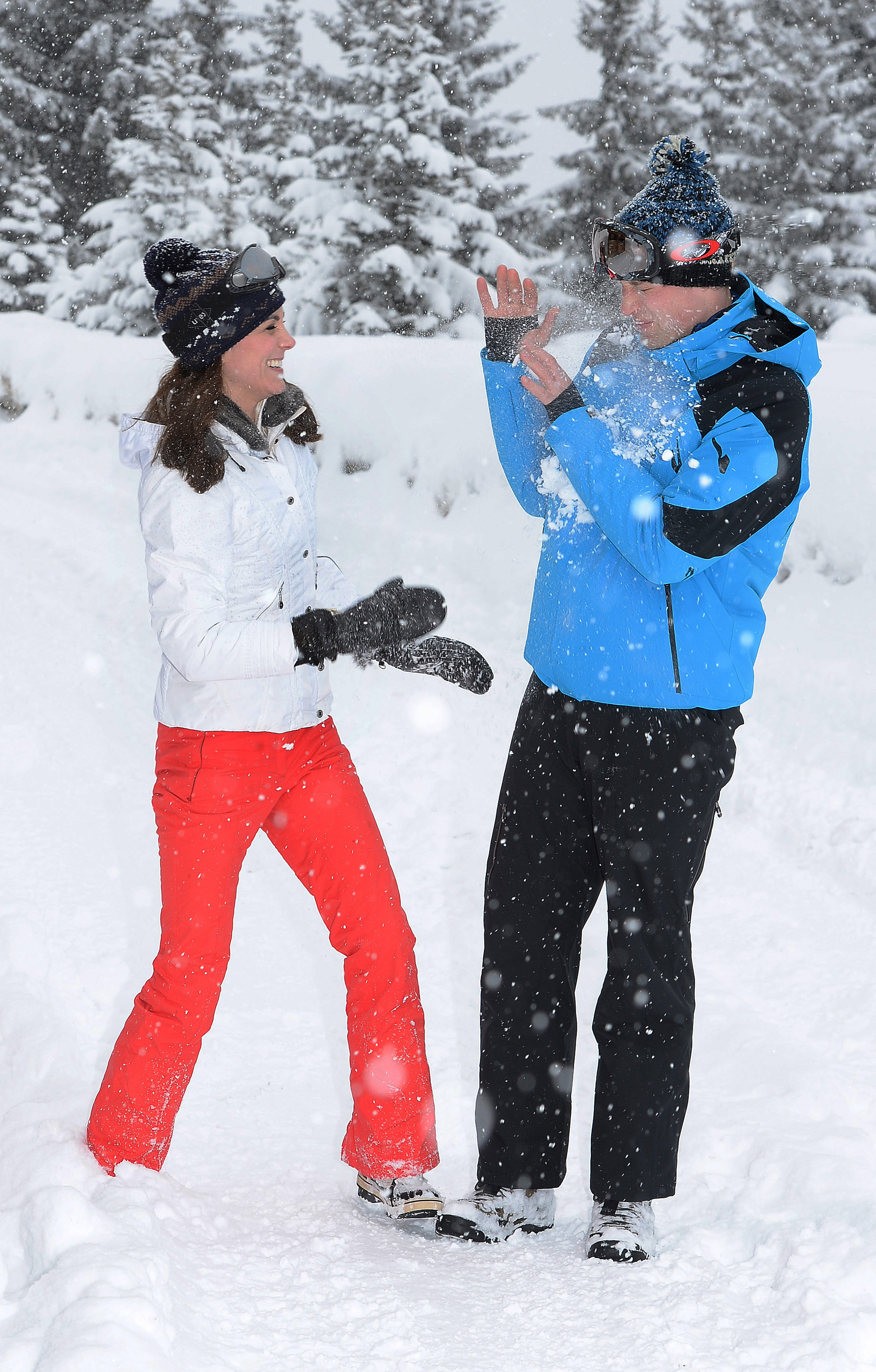 We’re keeping our fingers crossed for some new photos of the lovely family from their upcoming break!

Kate Middleton Swapped out Her Wedding Ring for Something Simpler

Kate Middleton Flaunts Her Bump in a Pink Recycled Coat