Between the two royal weddings and the new prince, there’s something exciting to celebrate every day for fans of the royal family. And this week, fans are in royal baby heaven with Kensington Palace releasing a stunning set of new photos to mark Prince Louis’ recent arrival last month and Princess Charlotte’s third birthday. While we pore over the perfect new pics, we can’t help but wonder how Prince Louis’ first photos compare to Prince George and Princess Charlotte’s?

After Prince George’s grand arrival on July 22, 2013, the world couldn’t wait to be given another glimpse of Prince William and Kate Middleton’s son.

And we didn’t have to wait long, with the palace sharing two heartwarming first family photos on August 19. It was indeed a sign of William and Kate’s very modern and down-to-earth approach to parenting; breaking with tradition, the dressed-down royal couple posed in the back garden of Kate’s parents’ Bucklebury estate. Just like Louis, Prince George was fast asleep as he made his family portrait debut. 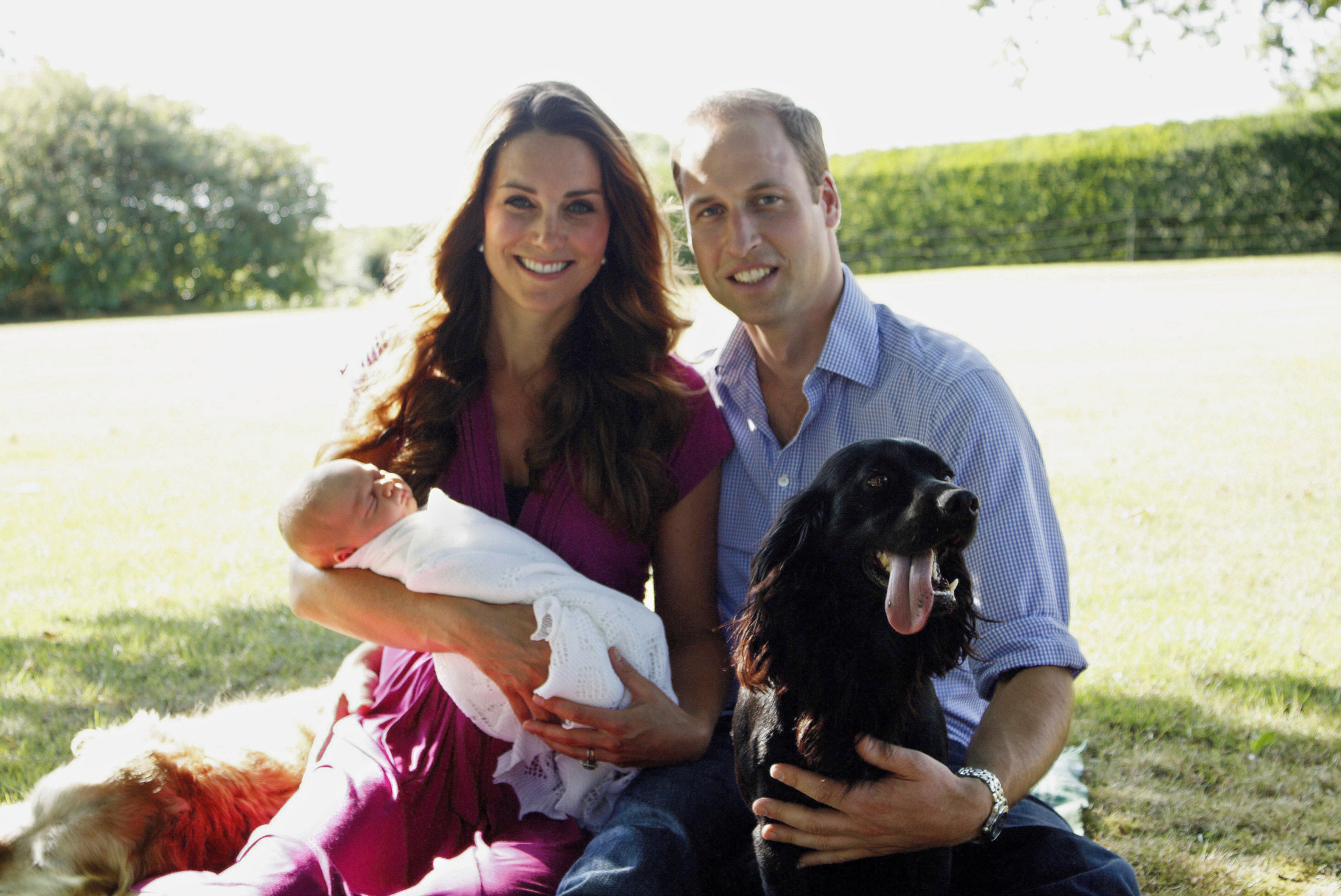 In yet another nod to their casual approach, the Cambridge’s pet pooch Lupo and the Middleton’s dog Tilly both made an appearance. Instead of using a well-known professional snapper, the family had their picture taken by Kate’s dad, Michael Middleton. It made for a refreshingly normal look into the lives of the modern-day royals and set the tone for future family photos. Interestingly, it was the only time William and Catherine have made an appearance in their child’s first photos. Since George, the parents have instead opted to let another child take center stage with the newborn. 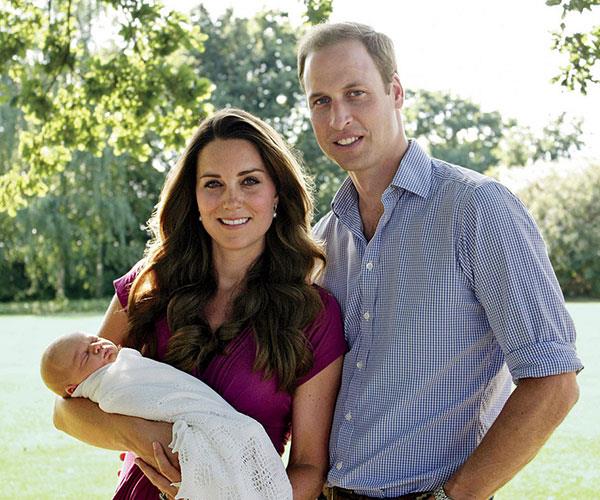 This time around, the palace gifted the world with four new pictures of the perfect princess a month after her May 2 arrival.

Prince William and Kate Middleton were more than happy to throw out the royal rule book! Just like with Prince Louis, the images of Charlotte were taken by Kate in an informal setting on the couch. Once again, they showed a softer, more down-to-earth side of the Cambridge clan. 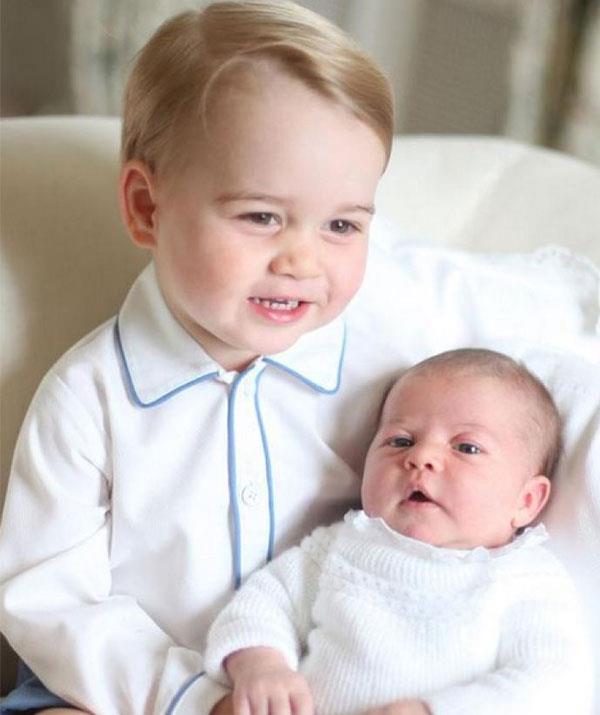 The beautiful shots, which were most recently recreated by Charlotte and Louis, showed big brother George gazing lovingly at his new sister as he holds her. The pair looked adorable in matching white outfits — George smart and dapper in a pair of knee-high baby blue socks, matching shorts, and a crisp white shirt with a blue outline, while one-month-old Charlotte was rugged up in a knitted jumper and cozy pants by Irulea. Coming full circle, Prince Louis re-wore Charlotte’s Irulea threads in his first photos this week. 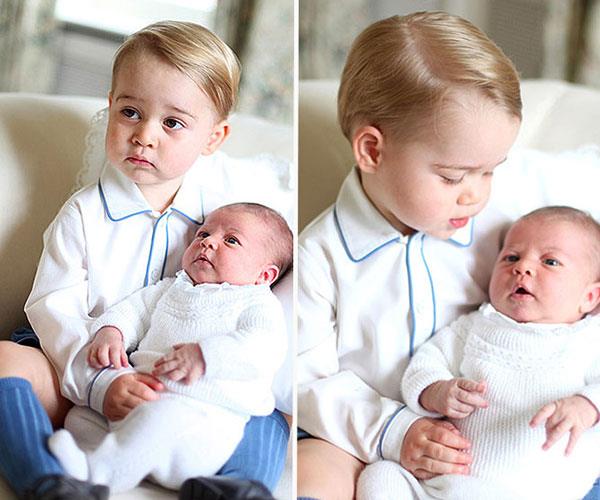 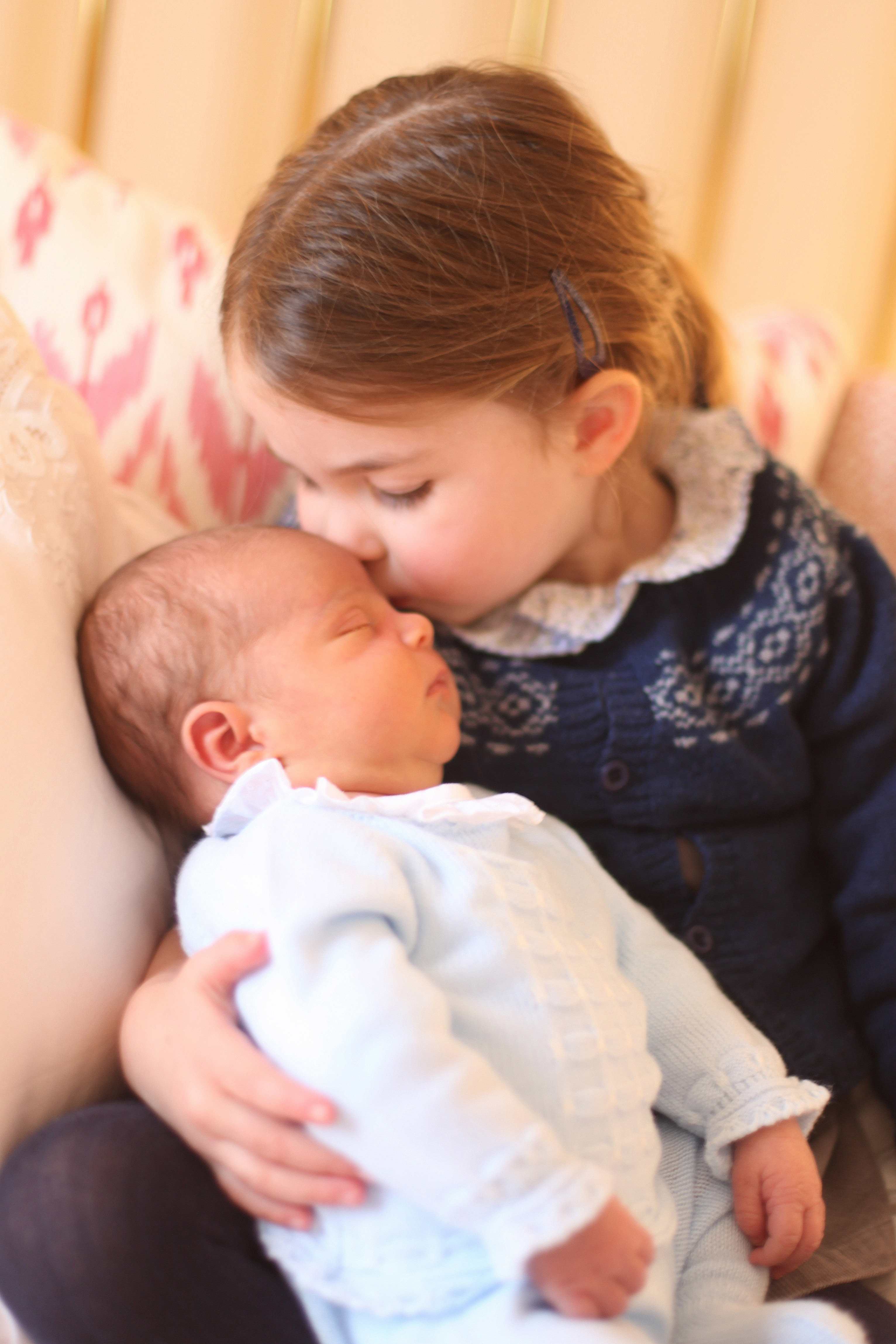 With his button nose and bow lips, Louis reminds us a lot of Princess Charlotte.

This article was written by Now to Love editors. For more, check out our sister site, Now to Love.

Why Princess Charlotte Didn’t Get a New Birthday Portrait