When Prince Harry and Meghan Markle announced their engagement, the big questions surrounding their relationship were, “What does the queen think of her grandson’s relationship? Does Queen Elizabeth like Meghan Markle? Will the two get along?” While there have been rumors that the queen does indeed like her new granddaughter-in-law, perhaps the most convincing piece of evidence that the monarch actually really likes Meghan is that she recently gifted the Duchess of Sussex a stunning new pair of earrings.

During the duo’s first solo tour together, Meghan was seen wearing a sparkly pair of pearl and diamond drop earrings. The queen wore a larger set of pearls, so you could even say the duo were sporting matching accessories! The gorgeous ear ornaments were just the icing on top of an eventful trip for Meghan. The 36-year-old spent the night on Queen Elizabeth’s royal train — something only Prince Philip, Prince Charles, and Duchess Camilla have ever been invited to do — so that she could accompany the queen at the opening of the Mersey Gateway Bridge in Widnes, England. 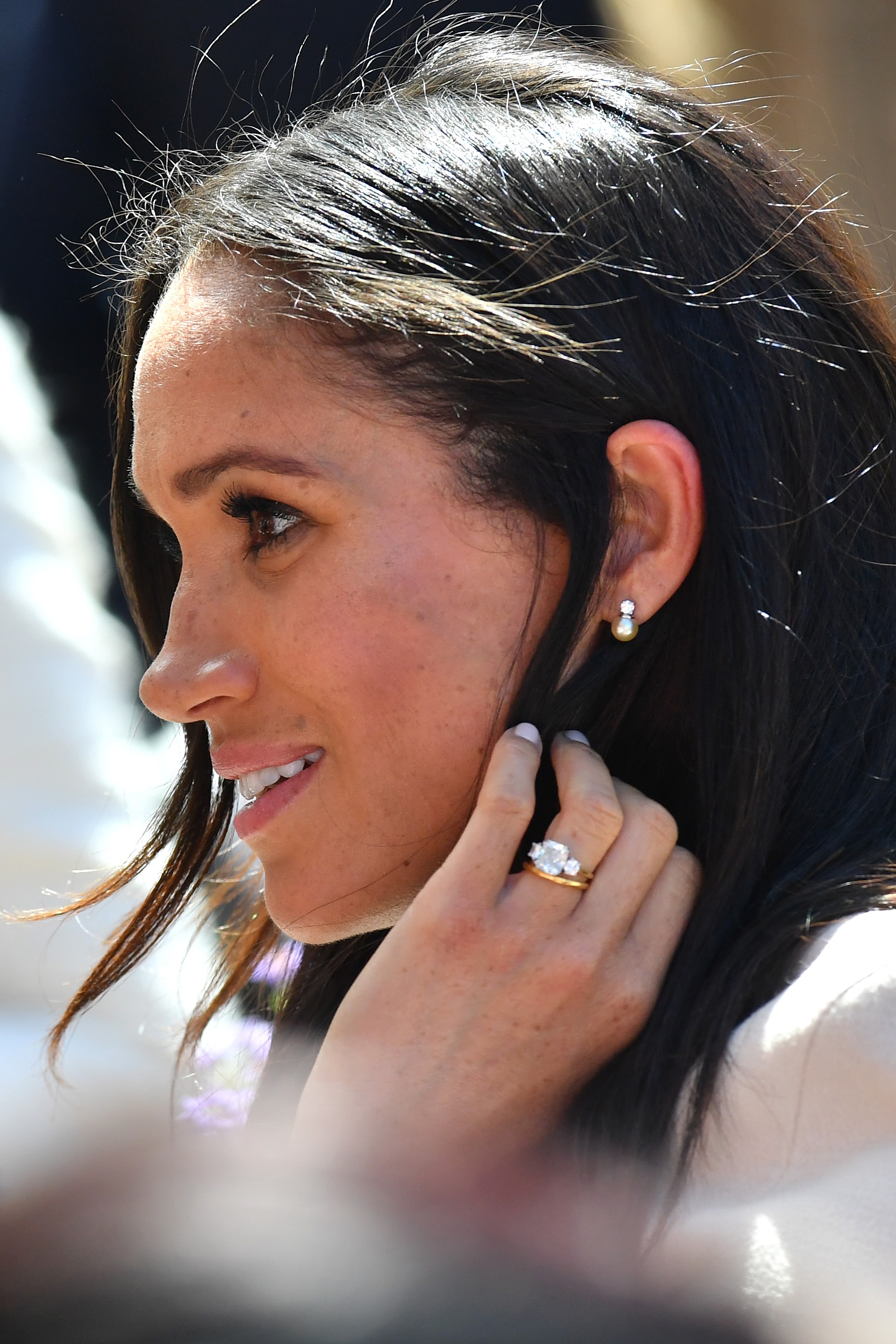 In a heartwarming twist, it looks like Meghan may have also paid tribute to her beloved mother-in-law with her delicate jewels. Eagle-eyed royal watchers pointed out that Meghan’s earrings are very similar to pairs that Princess Diana used to wear. Of course, this isn’t the first time the Duchess of Sussex has honored Harry’s late mom. At her wedding, Meghan’s “something blue” was borrowed from Diana, as was the duchess’ breathtaking aquamarine ring. Within the royal family, loaning jewels is common, and Meghan’s fortunate that Diana had such a stunning collection from which to choose.

Going forward, we can’t wait to watch the queen and Meghan continue to grow their bond more in public. So far, we’ve been totally amazed at how quickly Queen Elizabeth took a liking to Meghan — and we hope that affection will continue for years to come!