Meghan Markle is fast becoming the most Googled name in the world, and for good reason. She’s the Californian beauty who happens to be the love of everyone’s favorite British royal, Prince Harry.

From her incredible work as a humanitarian and campaigner for equal rights to her remarkable work as an actress, Meghan Markle is one talented future princess. And given the way things are going, it seems soon she’ll be adding Her Royal Highness to her CV.

But, before Meghan creates a new life with Prince Harry, we take a closer look at the foundations that made her — the Markle family.

Born on Aug. 4, 1981, Meghan is the daughter of Doria Radlan and Thomas Markle. Her parents divorced when she six years old but maintained a strong family unit despite their relationship breakdown.

Being the product of a biracial relationship she has said, “My dad is Caucasian and my mom is African-American. I have come to embrace [this and] say who I am, to share where I’m from, to voice my pride in being a strong, confident, mixed-race woman.”

Doria and Thomas also instilled strong values in their daughter. “Both my parents came from little, so they made a choice to give a lot.”

“My mom’s a yoga instructor, but she does social work, as well, and she works specifically with the geriatric community,” Meghan has explained of her mom. 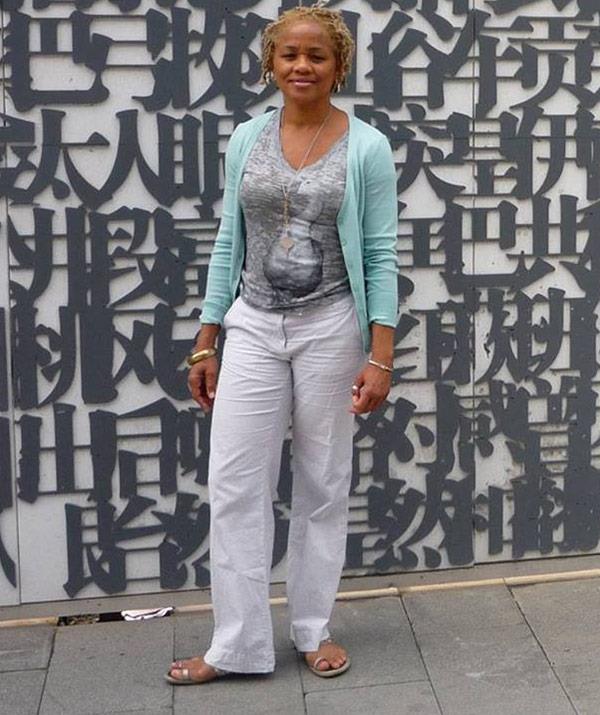 Race was a huge part of Meghan’s childhood. Her mother is African-American, and the actress has spoken about the many hurdles she faced in light of being mixed race. In one interview, Meghan once confessed the moment her mother was mistaken for the nanny. “I was home in LA on a college break when my mom was called the ‘N’ word. We were leaving a concert and she wasn’t pulling out of a parking space quickly enough for another driver,” the Suits beauty said.

Speaking of her parents’ romance, Meghan once remarked, “I like to think he was drawn to her sweet eyes and her Afro, plus their shared love of antiques. Whatever it was, they married and had me.”

In the same essay for UK Elle, she mused, “Being biracial paints a blurred line that is equal parts staggering and illuminating.”

“While my mixed heritage may have created a grey area surrounding my self-identification, keeping me with a foot on both sides of the fence, I have come to embrace that. To say who I am, to share where I’m from, to voice my pride in being a strong, confident mixed-race woman.”

On her now-closed lifestyle blog The Tig, Meghan reflected on her mom taking her to remote and often impoverished places when she was younger. The starlet has described Doria as a “free-spirited clinical therapist.”

“For me to watch this level of life-long sensitivity to nurturing and caregiving, but at the same time my mom has always been a free spirit,” Meghan told Glamour.

“She’s got dread locks and a nose ring. She just ran the LA Marathon. We can just have so much fun together, and yet, I’ll still find so much solace in her support.”

“That duality coexists the same way it would in a best friend.”

In August this year, Doria flew to London to spend time with both Harry and her daughter. “Doria, of course, spent time with Harry and Meghan together,” a source told E!.

Last year, she celebrated her mom who graduated with her masters in social work from the University of Southern California.

“Always proud of this beautiful woman,” she penned on Instagram alongside a candid black and white snap of them. “This was when she graduated from USC with a masters in social work. Honoring my mom, Doria, and all the amazing mamas in our lives.”

The showbiz gene runs strong in the family. Meghan’s father, Thomas Markle, now 72, was a lighting director on the ’80s sitcom Married With Children.

Describing him on The Tig as the “most hardworking father you can imagine,” she shared: “My father was the lighting director on two television shows as I was growing up.”

He was also a voice of reason for Meghan. Recounting an identity crisis when she was asked to tick a box marking whether she was black or white, her dad told her: “If that happens again, you draw your own box.”

Despite her parents not being a couple, they had an extremely amicable relationship.

“What’s so incredible, you know, is that my parents split up when I was two, [but] I never saw them fight. We would still take vacations together. My dad would come on Sundays to drop me off, and we’d watch Jeopardy! eating dinner on TV trays, the three of us.. We were still so close-knit,” Meghan recently told Vanity Fair.

Meghan recounted a sweet story of how her dad once customized two Barbie doll sets, so that she could have a mixed race doll-family. Writing for Elle, she said, “On Christmas morning, swathed in glitter-flecked wrapping paper, there I found my Heart Family: a black mom doll, a white dad doll, and a child in each color. My dad had taken the sets apart and customized my family.”

Thomas Markle has also faced financial burden, with the Daily Mail claiming he had to live in Mexico for some time after filing for bankruptcy.

Meghan’s father still plays an important role in his daughter’s life, and according to his son, Meghan’s half-brother Thomas Markle Jr., he has already met Prince Harry.

“My dad knew about [the relationship] from the start,” he told the Mail Online. “He first met Prince Harry about six months ago out in Toronto. He goes once every couple of months — [Meghan and Thomas Markle Sr.] are very close and they stay in close contact.”

Last year on Father’s Day, the actress penned a poignant note to her dad. “Happy Father’s Day, daddy. I’m still your buckaroo, and to this day your hugs are still the very best in the whole wide world.” Adding, “Thanks for my work ethic, my love of Busby Berkeley films & club sandwiches, for teaching me the importance of handwritten thank you notes, and for giving me that signature Markle nose.” Before signing off, “I love you xo –Bean.” 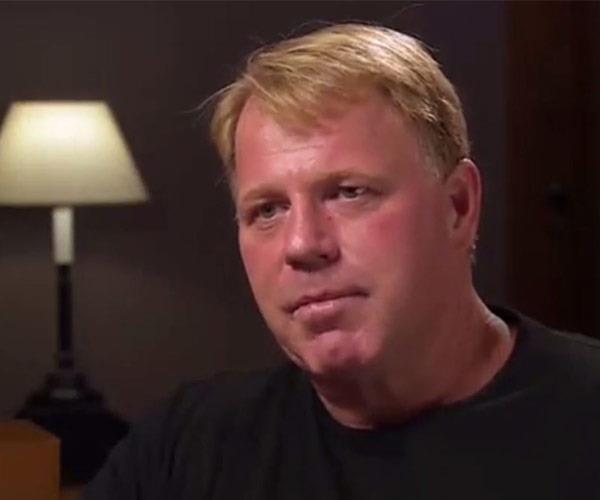 Thomas says he is still close to his little sister. (Photo Credit: Now to Love)

Meghan’s half-brother, Thomas Markle Jr, is 15 years older than the star. The 50-year-old, along with Samantha Grant, are the kids from Thomas Markle’s first marriage to his now-ex-wife Roslyn. Meghan is said to still be relatively close to Thomas despite his run-in with the law, and the fact he regularly shares details of his sister’s romance.

At the start of the year, Thomas Jr. was arrested in Oregon after a drunken fight saw him allegedly threaten his girlfriend with a gun. In an emotional and exclusive chat with Woman’s Day just days after he was released on bail,  Tom fought back tears as he explained he was desperately sorry for his actions, and hoped Prince Harry and Meghan would be able to forgive him.

“Meghan’s relationship with Harry has been going from strength to strength, and this drama is the last thing I wanted to happen,” Tom said at the time. “I want to tell my sister that I’m truly sorry from the bottom of my heart.” 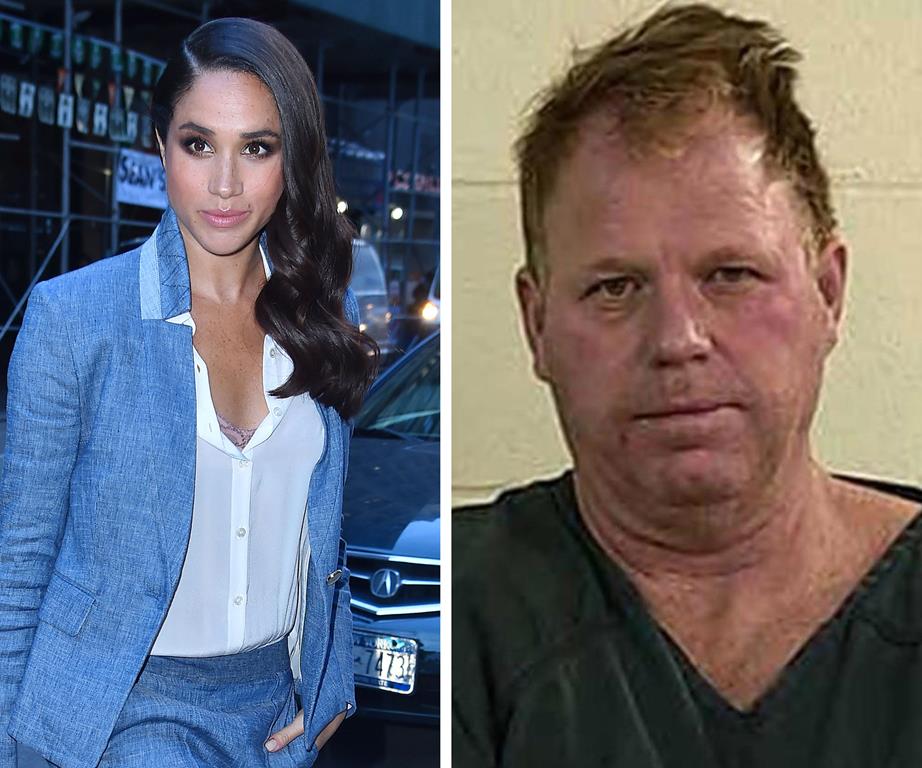 Tom says his arrest at the start of the year was a misunderstanding with his girlfriend. (Photo Credit: Now to Love)

He also revealed, “She’s very much in love and she’s obviously happy because if she wasn’t happy, she wouldn’t be there.”

“I think it is wonderful. As long as he takes care of and loves Meg, he doesn’t have to do anything else… he looks like a genuinely good man — and he was in the services as well. He looks happy; he looks like he’s stress-free and like he could be a good guy for Meg.”

“They get along and that’s what matters… Prince Harry is lucky.”

More recently in another chat to the Daily Mail, he urged Harry to get on bended knee.

“I hope Prince Harry proposes. She’s a hot commodity right now — he better get on it,” he told the publication. 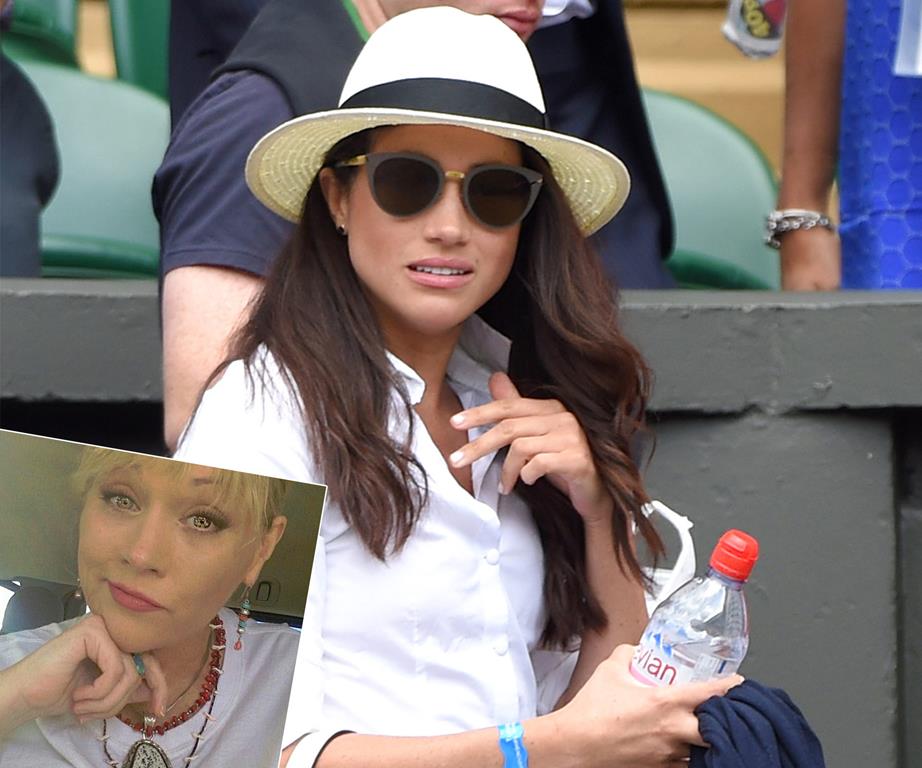 Samantha (inset) has been very vocal about her sister, ever since news she was dating Prince Harry broke. (Photo Credit: Now to Love)

Samantha Grant, née Samantha Markle, is a former actress and model. Now a 52-year-old mother-of-three who lives in Florida, she is Thomas Markle’s eldest child from his first marriage. Samantha has infamously hit out at her little sister, claiming she raised her for 12 years. Today, she is wheel-chair bound after she was diagnosed with multiple sclerosis in 2008.

She has publically criticized Meghan, alleging she was always ambitious to become a princess and had a “soft spot for gingers.” Describing her as a “social climber,” she has said, “I didn’t feel a separation from her until I was in the wheelchair.”

“The royal family would be appalled by what she’s done to her own family.”

“The truth would kill her relationship with Prince Harry,” adding, “Her behavior is certainly not fitting of a Royal Family member.”

In bizarre plot twist, Sam’s mom Roslyn has gone on the record to say, “Everything she has said about Meghan is a lie.” The former model is releasing an explosive memoir around her little sister, with the working title The Diary of Princess Pushy’s Sister.

Sources close to the family believe Samantha is trying to ride her famous sibling’s coattails.

“Samantha Grant doesn’t have a relationship with Meghan Markle and she never has,” one source told E! News, adding Samantha was trying to “take advantage.””As they were 17 years apart, they were never raised in the same house. Meghan was raised an only child by her loving parents.”

“Meghan has never done anything to her and continues to take the high road.”

Harry may be her Prince Charming, but Meghan’s two love are her very cute pet pooches Guy and Bogart.

“Bogs is about three years old now and I started to see that he loves the company of people, but just like I love the company of dogs, I don’t want to be around solely dogs all day long so I realized he might like to have a companion,” the 36-year-old told Ellen DeGeneres.

“Guy is a beagle and 17 pounds. He’s probably about four or five-years-old based on his teeth. They are thick as thieves those two.”

Meghan Markle Is ‘Visiting the Queen’ in Scotland, a Sign That Things Are Serious