It was the love story of a lifetime! Lauren Bacall and Humphrey Bogart married a year after dating, made four films, and became parents to two children in their short time together. Even years later now in 2017, people are still smitten with Lauren and Bogie’s iconic romance. So, how did they fall for each other? Keep reading to find out the details about one of the most epic relationships in Hollywood history!

Sponsored
Top Plastic Surgeon: How To Improve Your Neck’s Appearance
The simple and effective way to help take years off your neck’s appearance, in as little as 30 seconds.
LEARN MORE

“I fairly often have thought how lucky I was,” Lauren told _Vanity Fair _back in 2011. The Golden-Age actress passed away in 2014 at the age of 89. “I knew everybody because I was married to Bogie, and that 25-year difference was the most fantastic thing for me to have in my life.”

When they met, Lauren was just 19, with Bogie being 25 years older than her. It was 1944, and the story goes that while shooting a movie together, Bogie walked into her dressing room, kissed her without warning, and asked her to write her number down on a matchbox. 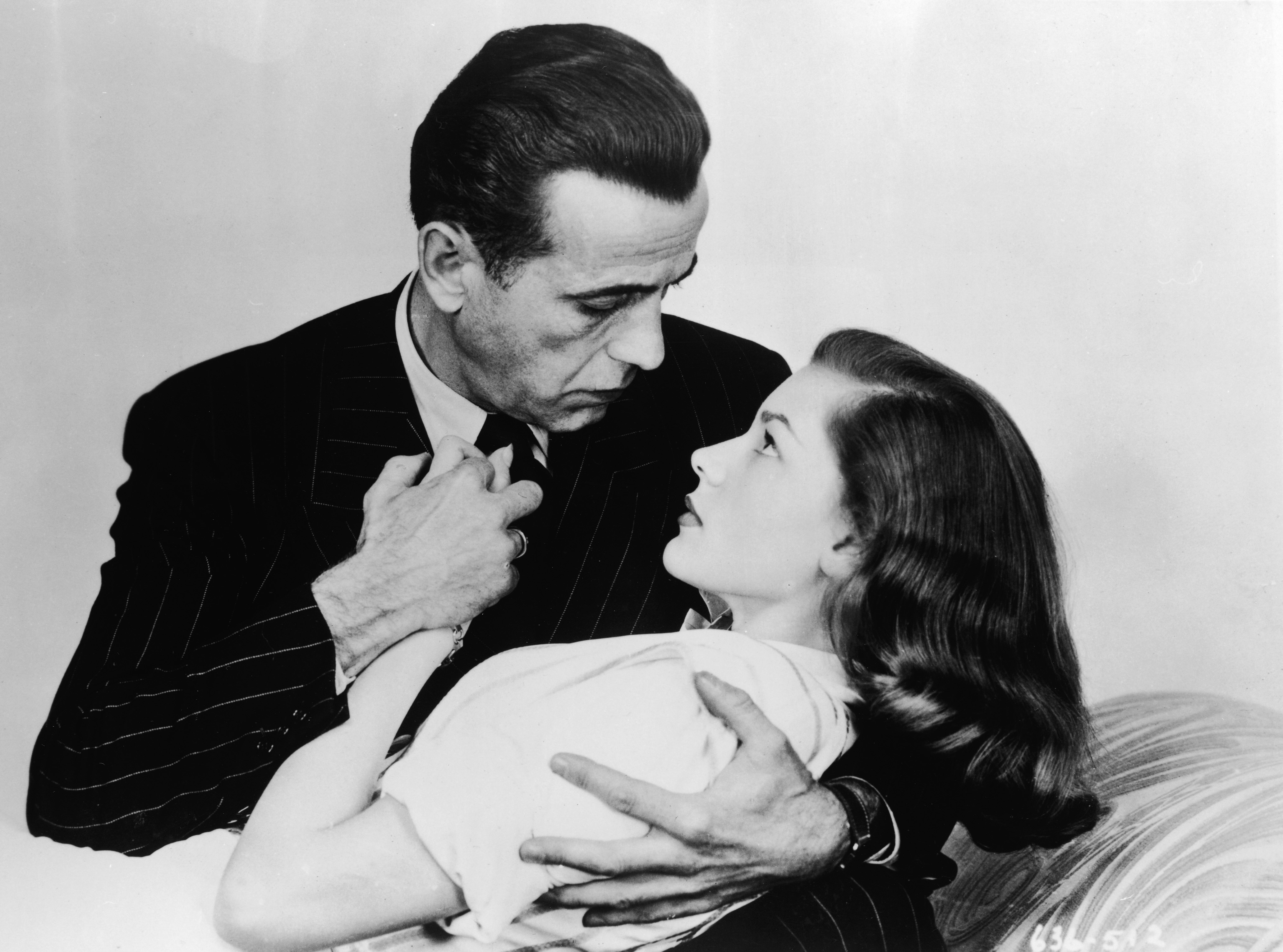 Upon immediately falling for Lauren, Humphrey was no stranger to marriage. Previously, he had already been married three other times to Helen Menken, Mayo Methot, and Mary Philips. But when he met Lauren, that was it. He divorced his wife at the time, Mayo, and married the screen siren a year later.

In her memoir entitled By Myself, Lauren wrote her relationship with Bogie was “the headiest romance imaginable.” The movie star also wrote in detail about their wedding day, during which “tears streamed down [Humphrey’s] face” as he heard the words of the ceremony and “[realized] what they meant, what they should mean.”

MUST-SEE: 10 Beautiful Hollywood Legends in Bathing Suits That Will Make Women Stand Up and Cheer

In 1949, Lauren gave birth to the couple’s first child, Stephen Humphrey Bogart, nicknamed Stevie. In 1952, the actress gave birth again, this time to their daughter, Leslie Howard Bogart. Though things seemed wonderful in both their marriage and careers, Bogie began experiencing odd symptoms in 1955. He dealt with difficulty swallowing, a frequent cough, and extreme, unexplained weight loss for six months before finally being diagnosed with esophageal cancer in 1955.

“I think that the person who has the disease, or who is ill, is the one who tells you how to behave,” Lauren once recalled in an interview with Diane Sawyer. “In Bogie’s case, he never discussed it. He played it as though he had a cold. You begin to think that it is a way of life…I never thought of a specific ending.”

MUST-SEE: We Couldn’t Believe Marilyn Monroe Was Ever in the Subway–and Neither Could This Guy

Though she had a fling with Frank Sinatra and later married Jason Robards in 1961 (and then divorced him in 1969), Lauren still wrote fervently of her love story with Humphrey, even years after his passing. She even detailed that first passionate kiss in her dressing room while on the set of To Have and Have Not.

“Suddenly he leaned over, put his hand under my chin, and kissed me. It was impulsive — he was a bit shy — no lunging wolf tactics,” she penned. “He took a worn package of matches out of his pocket and asked me to put my phone number on the back. I did. I don’t know why I did, except it was kind of part of our game.”

12 Shocking Photos of Old Hollywood Starlets in Their Teens