Many avid royal fans will remember Lady Louise’s sweet smile from Kate Middleton and Prince William’s 2011 royal wedding. To this day, photos of the angelic blonde seated in a horse-drawn carriage next to her cousin Prince Harry still warm our hearts. The now-14-year-old is the eldest child of Prince Edward and his wife Sophie, Countess of Wessex, and she’s grown into a pretty young lady.

Lady Louise recently stepped out for the British royal family’s annual Easter church service at St. George’s chapel in Windsor, and it’s clear the queen’s granddaughter is growing up in front of our eyes. Channeling her grandmother’s love of bright colors, the teenager looked striking in an deep purple overcoat, which she teamed with a floral head piece and nude suede Mary Jane heels. Louise was accompanied by her parents and little brother, James Viscount Severn. 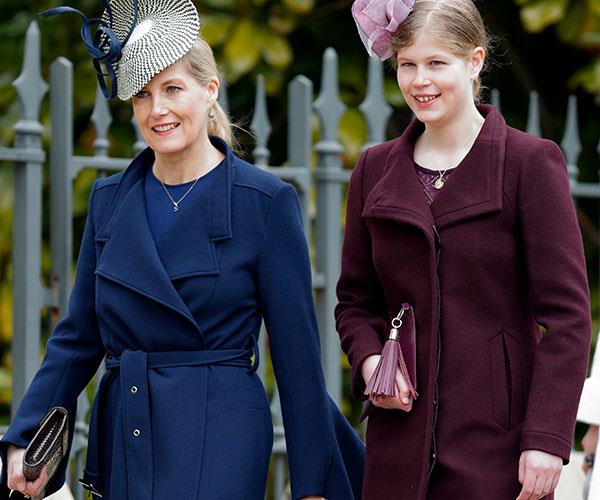 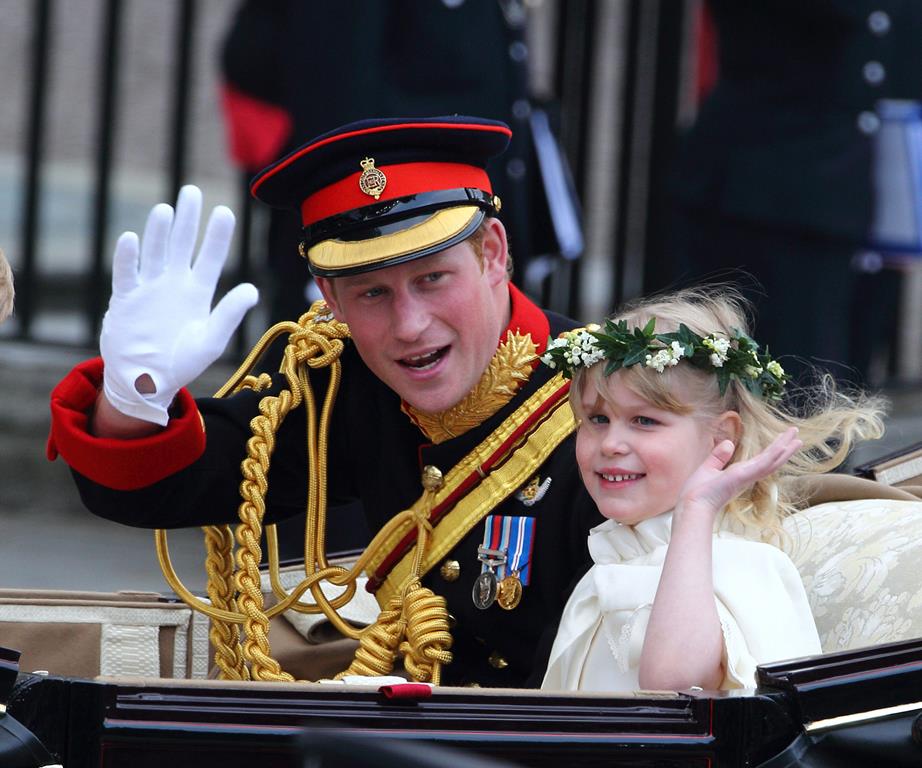 Lady Louise was only eight years old when she made her global debut as one of the bridesmaids at Kate and William’s wedding. The youngster wasn’t the only child who played a role in the wedding. She was joined by Margarita Armstrong-Jones, Grace Van Cutsem, Eliza Lopes, and pageboys Tom Pettifer and William-Lowther Pinkerton. 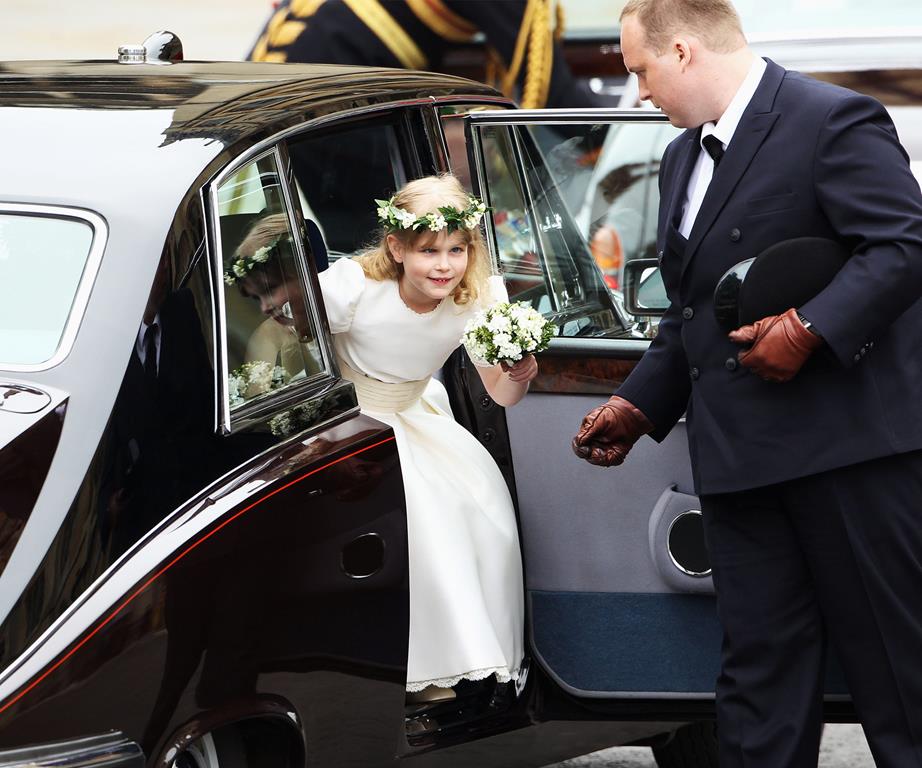 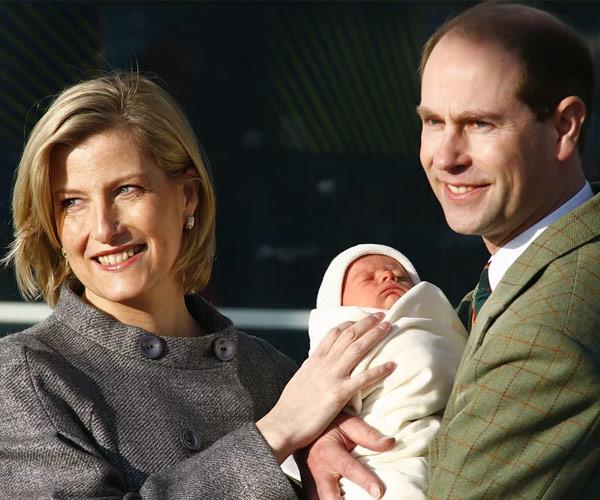 Louise is the only daughter of Prince Edward, Earl of Wessex, and Sophie, Countess of Wessex. She was born a month premature on November 8, 2003, while her father was on a royal tour of Mauritius. The Countess of Wessex experienced several complications during birth, and it was reported that a placental abruption caused severe blood loss to both Countess Sophie and Lady Louise. Royal surgeon and gynecologist Marcus Setchell performed an emergency cesarean section.

Lady Louise’s Royal Title and Succession to the Throne 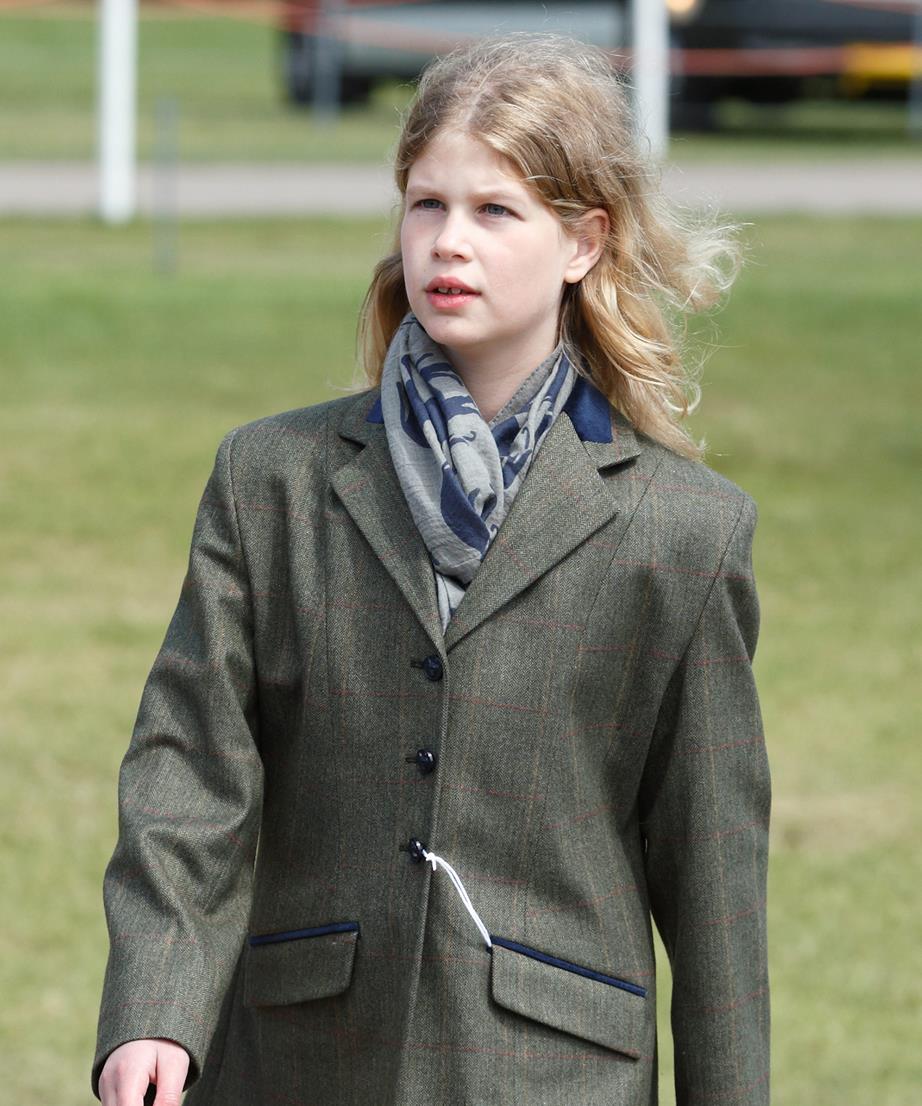 The royal parents officially announced their daughter’s name on November 27, 2003, giving her the moniker Louise Alice Elizabeth Mary Mountbatten-Windsor. When Sophie and Edward married in 1999, they decided they wanted their future children to lead a normal life, opting to drop “HRH” titles, which is why Louise has the title “Lady.”

The granddaughter of Queen Elizabeth II and Prince Philip was 11th in the line of succession for British throne but has since moved to 12th after the birth of Duchess Catherine and Prince William’s third child. 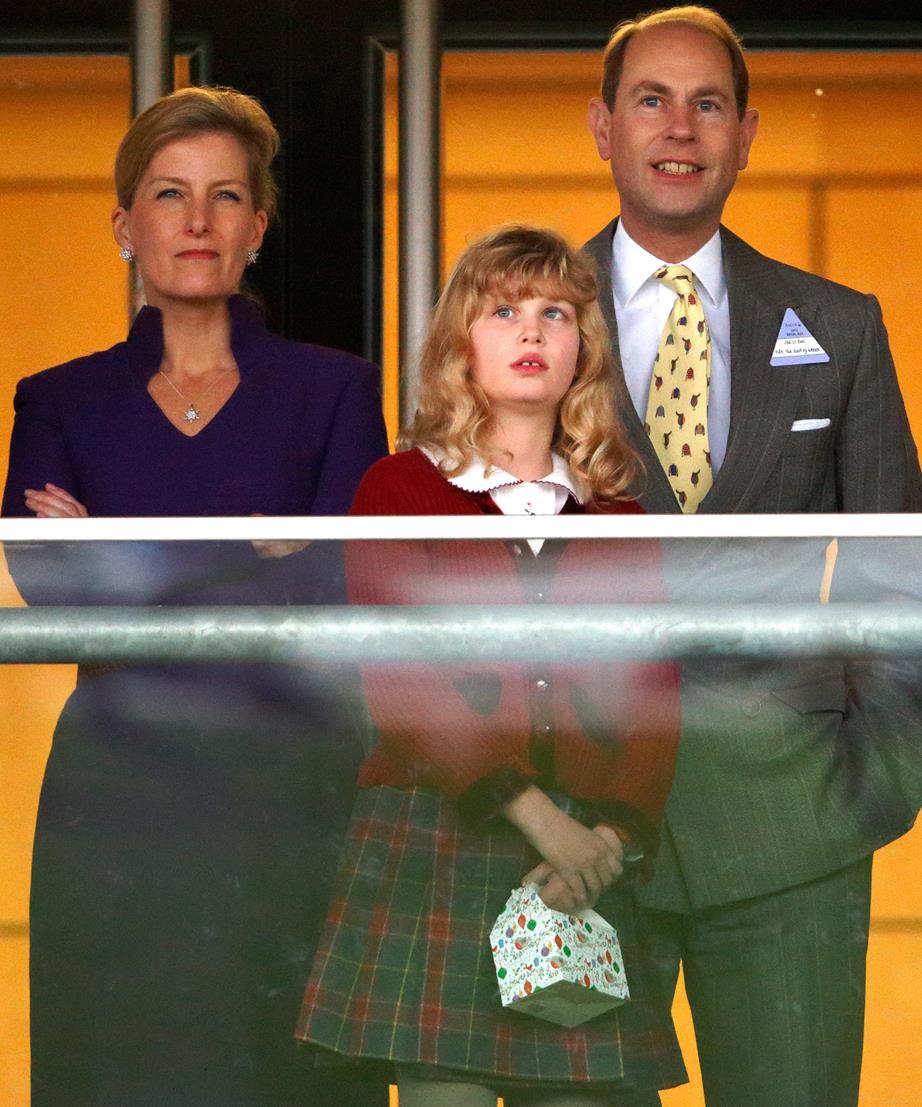 The young royal was born with esotropia, a condition that turns the eyes outwards. Because of her condition, Louise underwent her first surgery at just 18 months; unfortunately, it was not successful. Growing up, she faced issues with her vision, which lead to her parents’ decision for her to have a second operation in 2014. It has been reported that it was a success, and now Lady Louise has perfect vision.

Speaking of her daughter’s condition, Countess Sophie shared, “Premature babies can often have squints because the eyes are the last thing in the baby package to really be finalized. Her squint was quite profound when she was tiny, and it takes time to correct it. You’ve got to make sure one eye doesn’t become more dominant than the other but she’s fine now — her eyesight is perfect.”

Her daughter’s ailment inspired the Countess of Wessex to become a patron of the International Agency for the Prevention of Blindness and a global ambassador for Vision 2020 — a worldwide initiative to eliminate avoidable blindness by the year 2020. 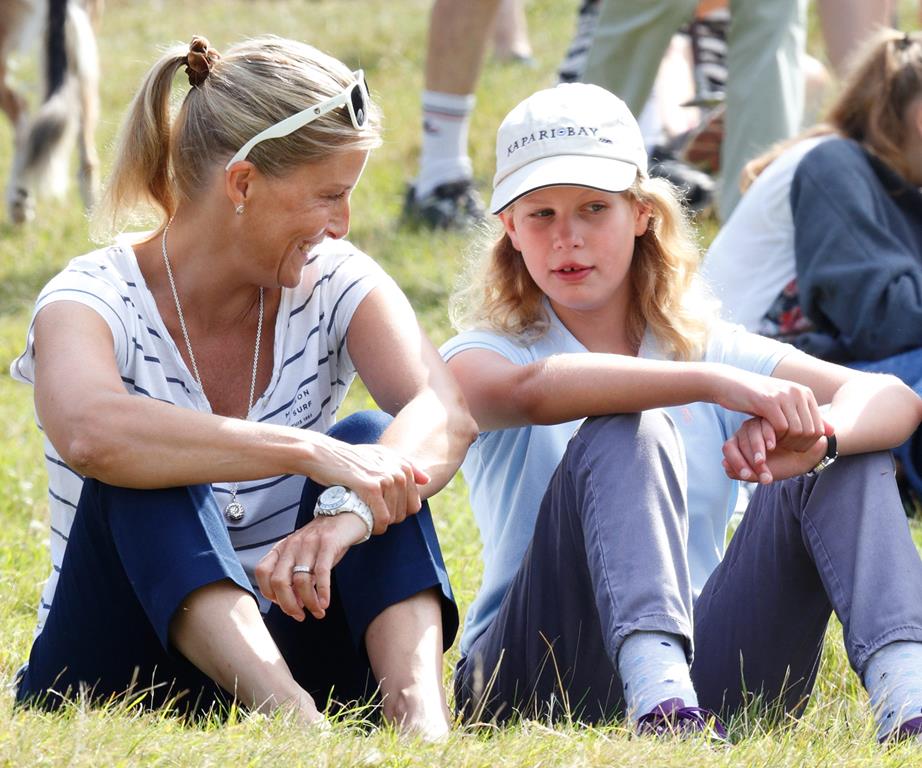 Lady Louise had no idea her grandmother was the queen. 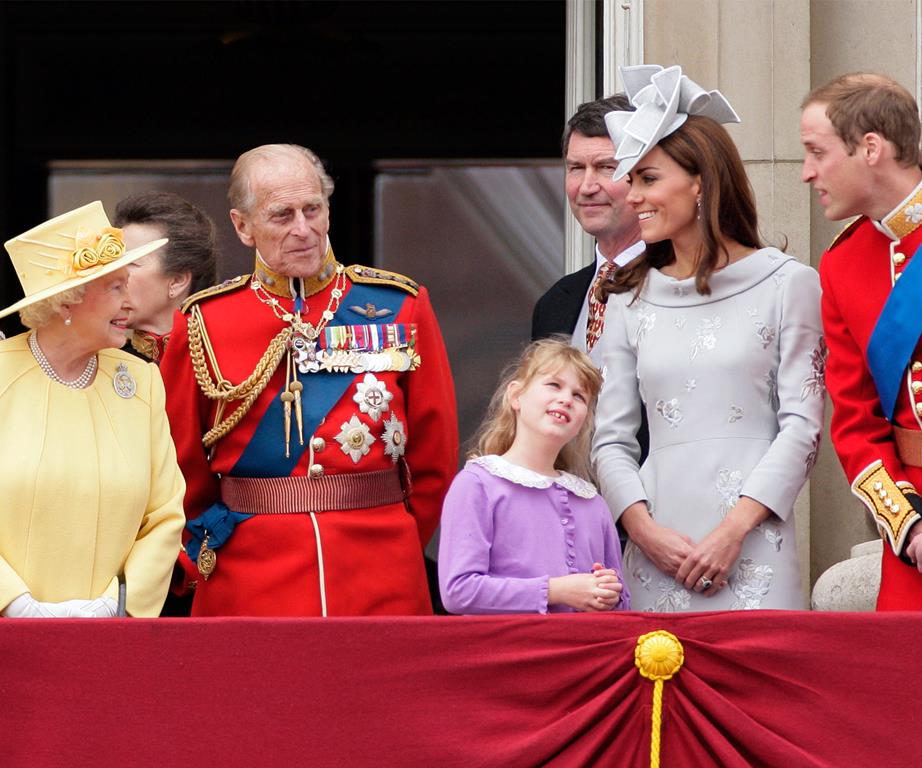 One of the most charming facts about the teen is that she didn’t realize she was royalty. Her mother sat down for a chat with the BBC and recounted the hilarious moment her daughter figured out her grandmother and the queen were the same person. “Well, for Louise, actually, it was much more of a shock to the system,” the proud parent recalled.

“It was only when she was coming home from school and saying, ‘Mummy, people keep on telling me that grandma is the queen.’ And I asked her, ‘Yes, how does that make you feel?’ And she said, ‘I don’t understand…’ I don’t think she had grasped that perhaps there was only one queen.

“They’re going to have to go out and get a job and earn a living later on in life,” Sophie has said. “If they’ve had as normal a start in life they possibly can get, then hopefully that will stand them in good stead.” 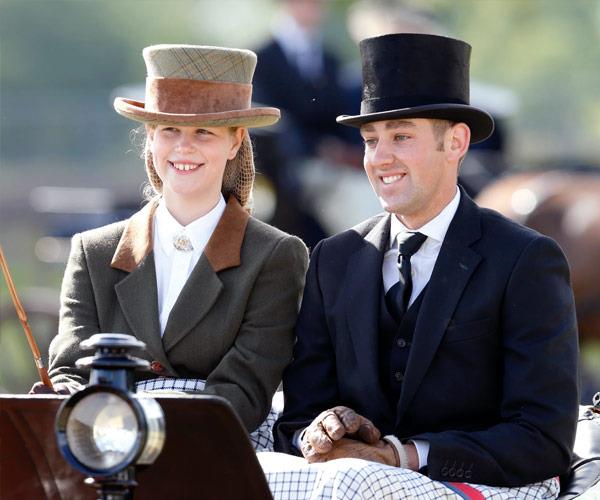 Lady Louise Windsor shares her grandparents’ love of the equestrian sport of carriage driving. Last year, she competed in the British Driving Society Championship for Young Drivers. Prince Philip is exceptionally proud of his granddaughter, given his passion for the sport, which he took up when he was 50. 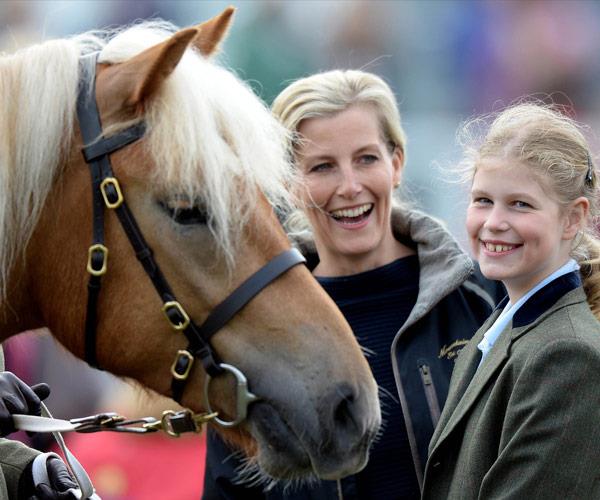 This article was written by Chloe Lal. For more, check out our sister site, Now to Love.