With Maxie pregnant and mourning the death of her husband, Nathan, on General Hospital, Felicia Scorpio is right there to support her during her time of need. And it was the perfect time for the actress who portrays her, Kristina Wagner, to take to Twitter and answer fan questions about saying goodbye to Ryan Paevey (ex-Nathan), her own future with GH, and how much she’d love to work with her ex-husband again!

As soon as Wagner began playing Felicia in 1984, her pairing with Jack Wagner’s Frisco became one of the soap’s most popular super couples. In real life, the actors were married for years and had two sons, Peter and Harrison. And when one of the first questions was whether she missed working with him on the soap, the actress quickly declared she definitely did. “He’s a fine actor and a good friend and my fabulous ex,” Wagner proclaimed. “I’d love to work with Jack again. I feel we have so much new perspective on things. It would be nice to share it.”

These days, Felicia is happily married to Mac, although the daytime vet admitted she couldn’t promise fans that the couple would have any big storylines coming up. “I’m not gonna lie,” Wagner confessed. “That is uncertain. However, I’m not going anywhere. Why would I do that?” 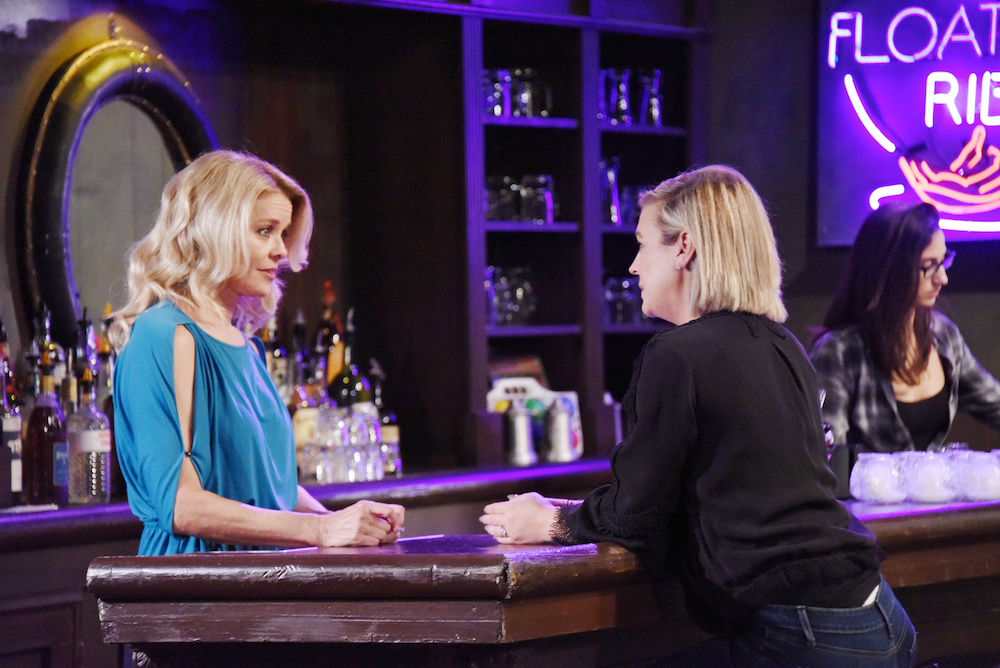 Felicia will always be there for Maxie. (Photo Credit: XJJohnson/jpistudios.com)

Fans were devastated by the death of Paevey’s Det. Nathan West, and Wagner revealed that it was such as emotionally powerful to shoot. “It was very sad to say good bye,” she admitted. “[Ryan is] a gentle, kind, unassuming guy.”

Looking back at her past on GH, Wagner cited a favorite storyline that many fans might not even remember. “Felicia became an activist for endangered elephants,” she recalled. “It created a real-life awareness of the plight of the African elephant. I love when shows like this have opportunities to tell a story of love, human and animal rights, and raise awareness for important issues our culture faces every day. The more we can come together the more peace we can have.”

This article originally appeared on our sister site, ABC Soaps In Depth.

More from ABC Soaps In Depth

What Happened to Morgan on GH

Despite Her Recent Appearance as Georgie, Lindze Letherman Has Left Hollywood Behind