Many members of the British royal family have worldwide name recognition, but that doesn’t exclude them from having to wear name tags at Royal Ascot. So why was Meghan Markle spotted withought her name tag (cue the gasps) even though her husband, Prince Harry, had his pinned to his lapel? Though the Duchess of Sussex technically has to follow this odd British royal rule, her excuse for breaking it makes sense.

It’s been reported that Meghan’s custom Givenchy dress was made of pure silk — a material that would have been easily damaged by the name tag’s pin. Meghan attached the tag to her purse instead so as to not ruin her gown. And she wasn’t the only royal who ditched the name tag. Her mother-in-law, Duchess Camilla, also decided against wearing the badge. 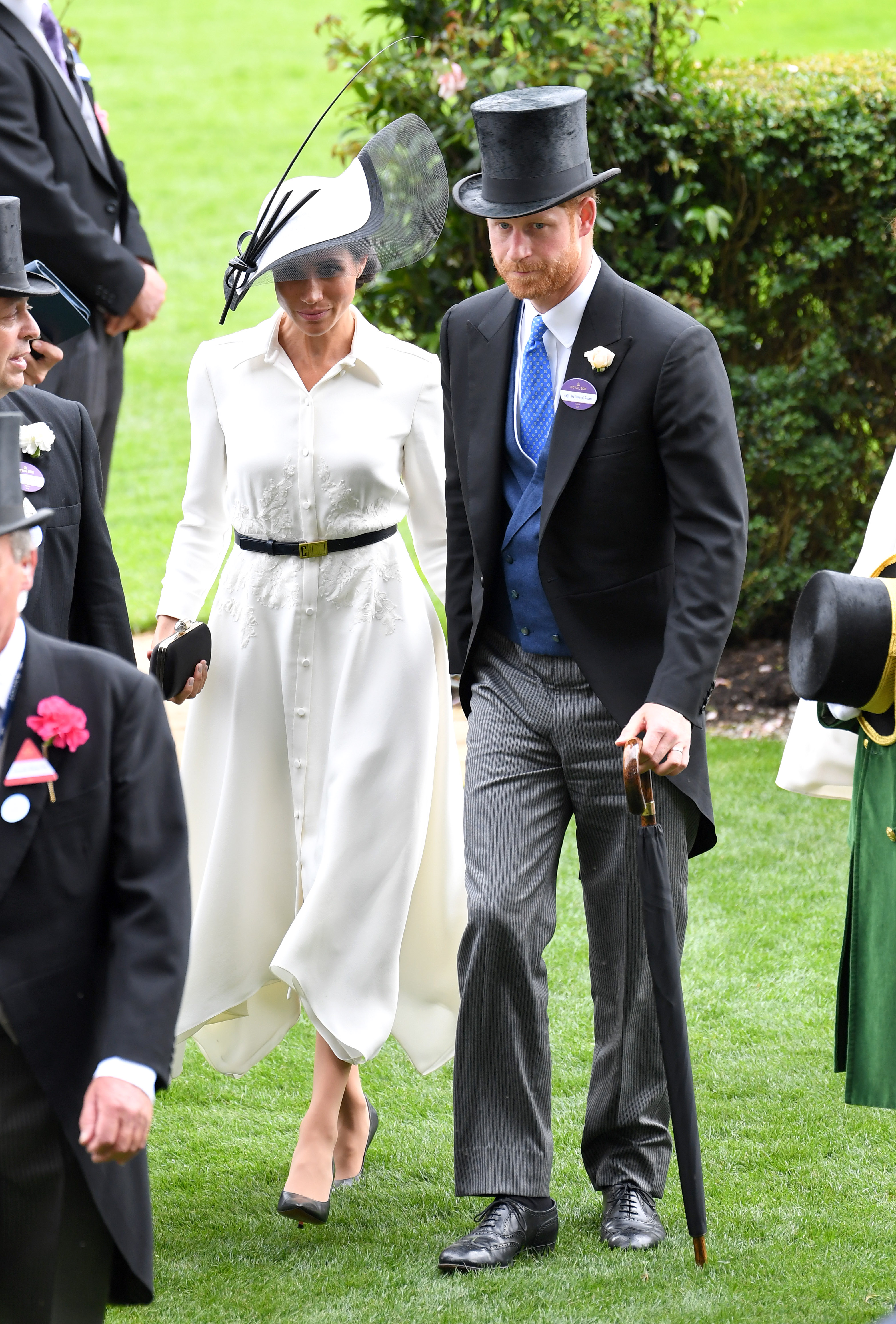 The Royal Ascot is known for its strict fashion rules: hats are required, dress straps must be at least one inch or wider, jackets are OK as long as the outfit underneath complies with Royal Ascot dress code, and jumpsuits are fine if they’re ankle length. That same rigidity applies to royal name tag rules. Though it’s highly unlikely that Meghan or Kate Middleton would ever be confused with someone else in a crowd, they are required to wear name badges so security knows what areas they have permission to access. 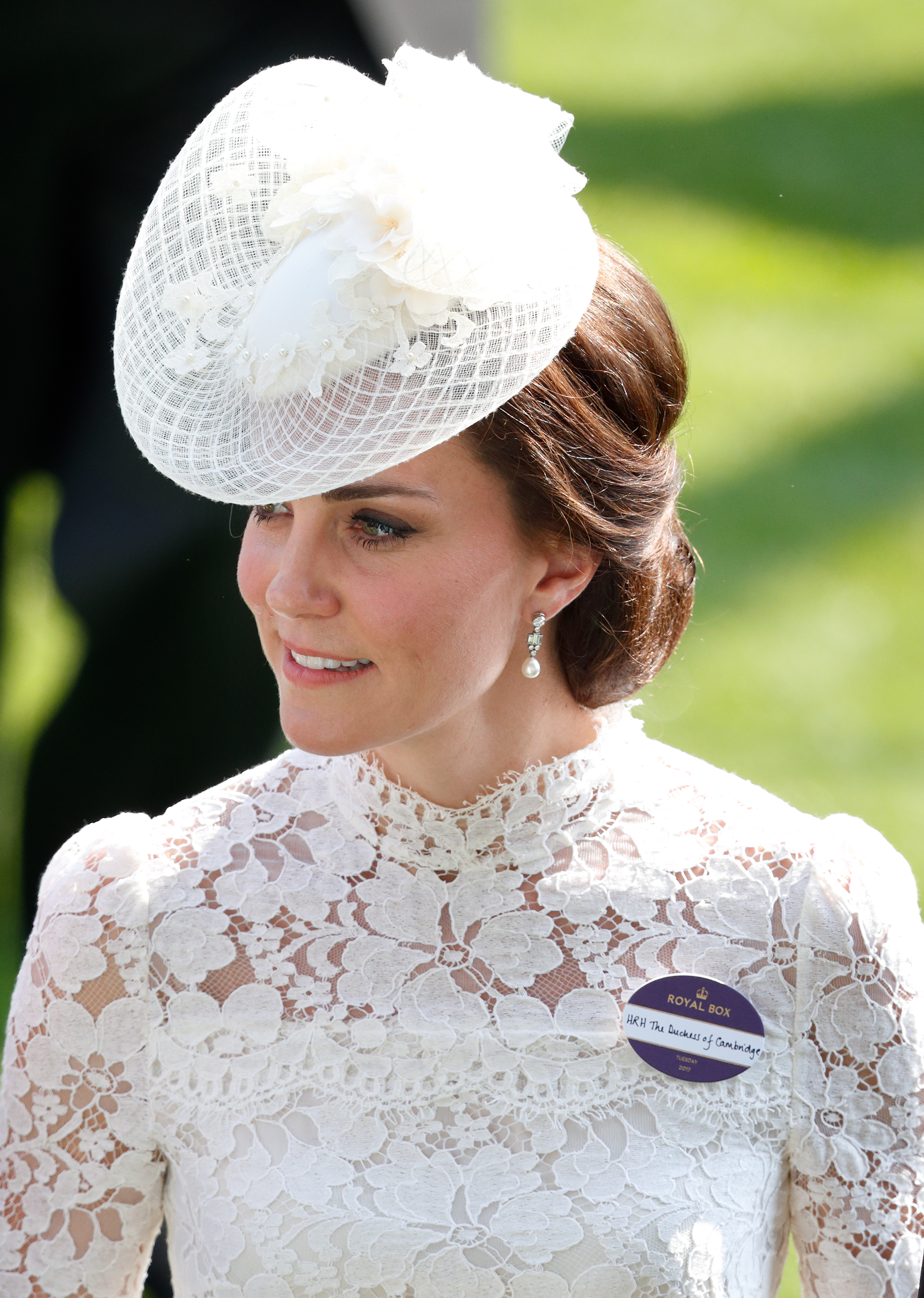 There are different tiers of access at Royal Ascot, which are denoted by the name tags. Kate and William were photographed last year with Royal Box designations, meaning they had a very high access level. Other immediate members of the royal family, like Queen Elizabeth’s daughter Princess Anne, also had Royal Box tags. However, Gabriella Windsor, whose father is Queen Elizabeth’s cousin, had a lower-level Royal Enclosure tag. The only royal who doesn’t need any excuse to forgo the name tag is none other than the queen herself. Are you even surprised? She does set the rules, after all. 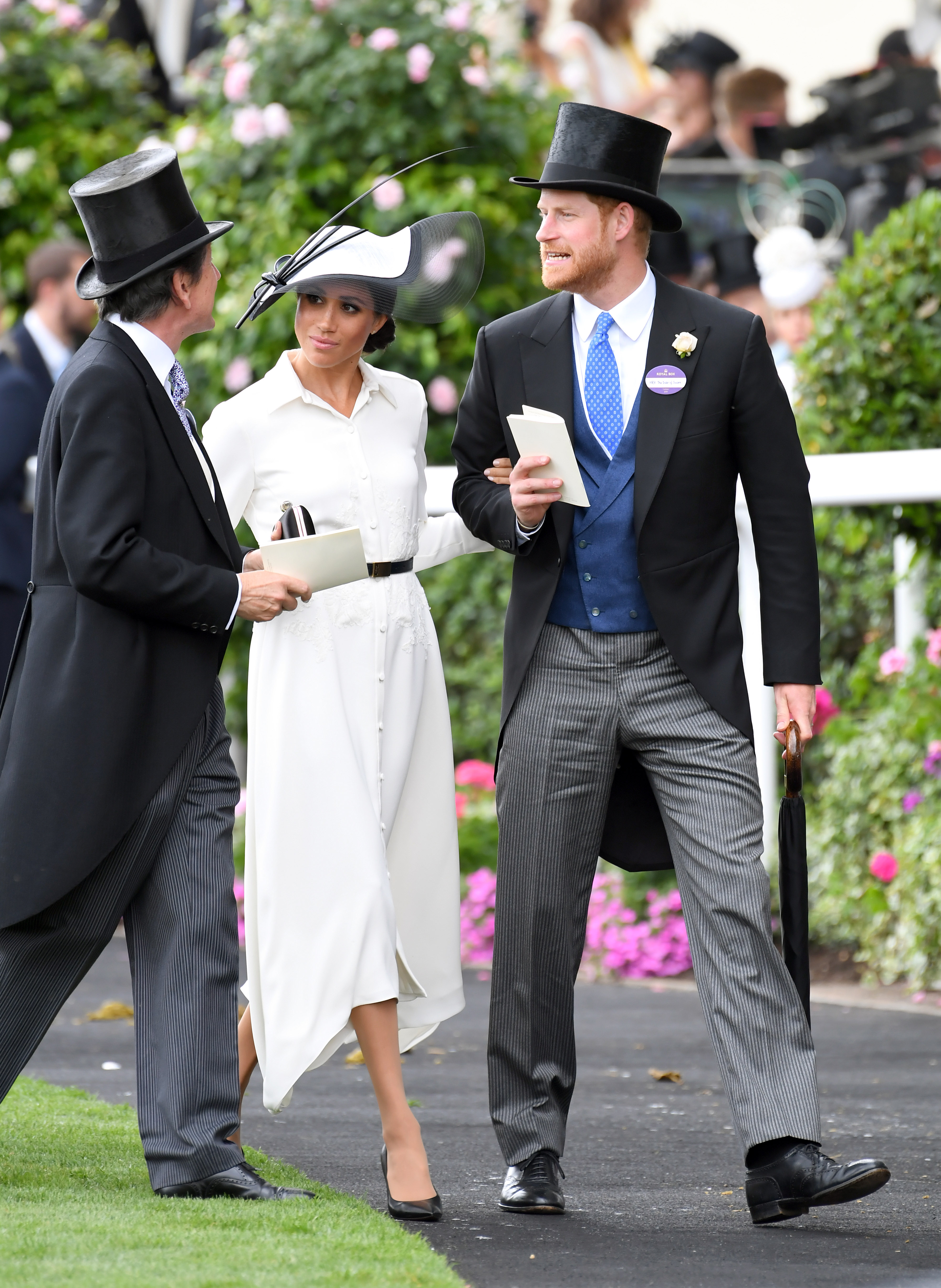 If Kate weren’t on maternity leave and free to attend Royal Ascot this year, she would no doubt have looked stunning — despite having to wear a distracting name tag. Right now, she’s probably having more fun at home with her kids though. That said, this year’s Royal Ascot is already shaping up to be quite a spectacle. Meghan Markle continues to wow us with her style, and the horse races are already underway. Oh, and the hats! How could we forget about all the crazy royal hats?