You don’t become King of Rock and Roll overnight, but it only took Elvis Presley a few years to hit it big. The singer was barely out of high school when he signed his first record contract… and when he stoked nationwide controversy over his dance moves!

Born Elvis Aron Presley on January 8, 1935, in Tupelo, Mississippi, the future star grew up in a modest, working-class existence. His parents were devoutly religious, so he grew up with an appreciation of gospel music. When he turned 11, his mother gave him a guitar, and his showmanship flourished. Elvis won a high school talent show, for example, and he cut his first single, “That’s All Right,” just a year after graduating. 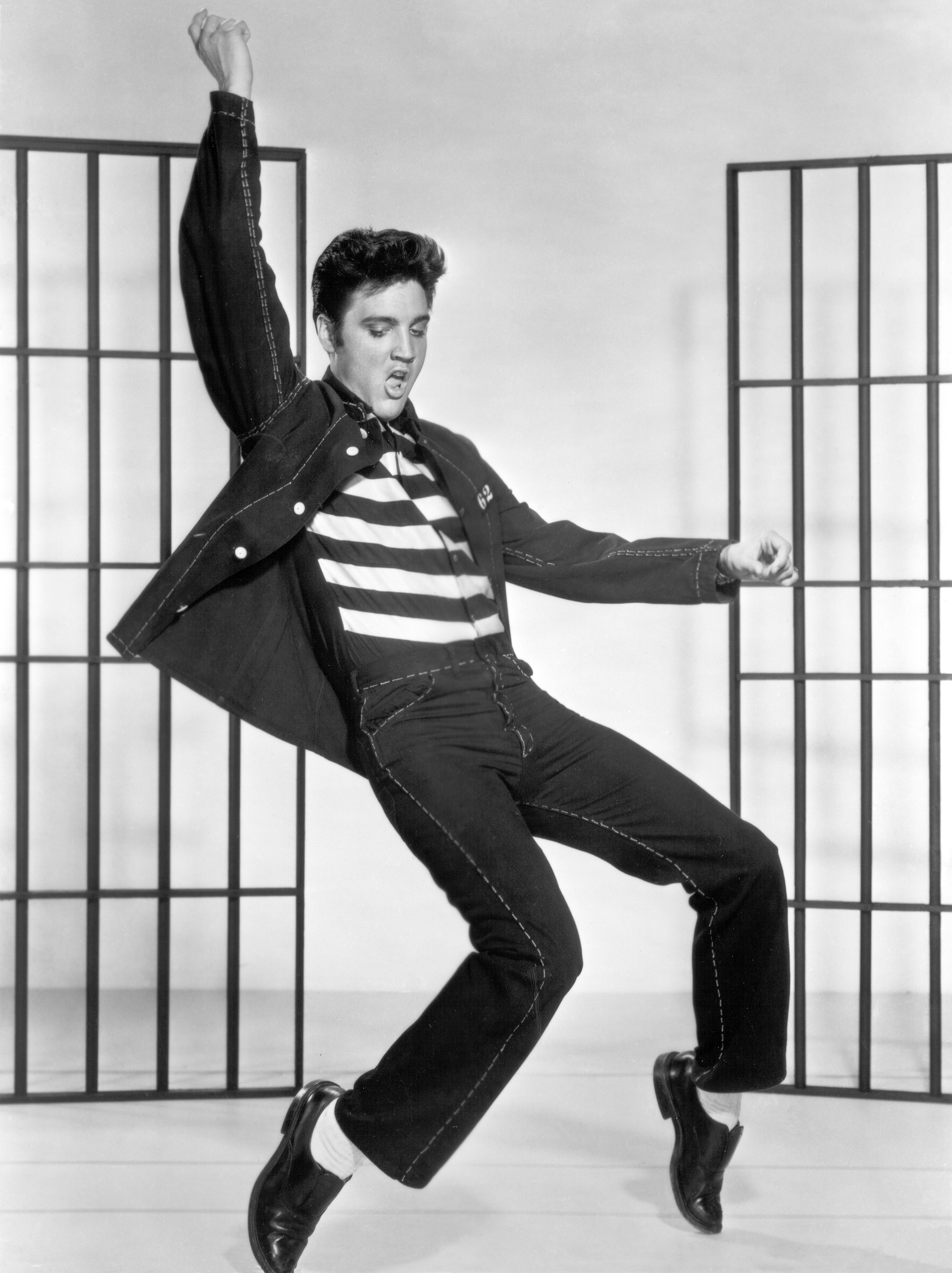 That same year, he performed alongside guitarist Scotty Moore and bass player Bill Black at the Overton Park Shell in Memphis, Tennessee. It was his first paid concert. His legs shook during the concert, partly out of nerves, and those leg movements sent the audience over the edge. “During the instrumental parts, he would back off from the mic and be playing and shaking, and the crowd would just go wild,” Scotty later told biographer Peter Guralnick. Before long, Elvis had attracted a fan following with his catchy music, his good looks, and — of course — those gyrating hips.

Elvis signed with RCA Records in 1955, but his career really took off the following year, with his first No. 1 album (Elvis Presley), his first No. 1 single (“Heartbreak Hotel”), and a freshly-inked Paramount Pictures contract. He also appeared on TV shows such as Stage Show and Milton Berle Show, but his trademark hip gyrations got him in trouble once he was televised.

“[Pop music] has reached its lowest depths in the ‘grunt and groin’ antics of one Elvis Presley,” told the Daily News’ Ben Gross. “Elvis, who rotates his pelvis… gave an exhibition that was suggestive and vulgar, tinged with the kind of animalism that should be confined to dives and bordellos.”

No publicity is bad publicity, though, especially when risqué dance moves are involved! Elvis would go on to sell an estimated 600 million units, his total sales second only to The Beatles. Take that, critics!

Mark Harmon Isn’t Leaving ‘NCIS’ After Season 15 but His Role on the Show Could Totally Change!