Royal baby mania is upon us! According to UK publication the _ Metro, another royal family member is with child — and it’s not only news to her, but her other children too. In a now-deleted Tweet, the _Metro incorrectly named Camilla, the Duchess of Cornwall, 70, instead of Duchess Catherine, 36 — who is indeed pregnant with her third child. (Kate’s official title is the Duchess of Cambridge.)

“The Duchess of Cornwall is due to give birth to her third next month,” the Metro wrote, alongside a link to Duchess Catherine’s latest outing opening the new Place2Be HQ in London. Whoops! 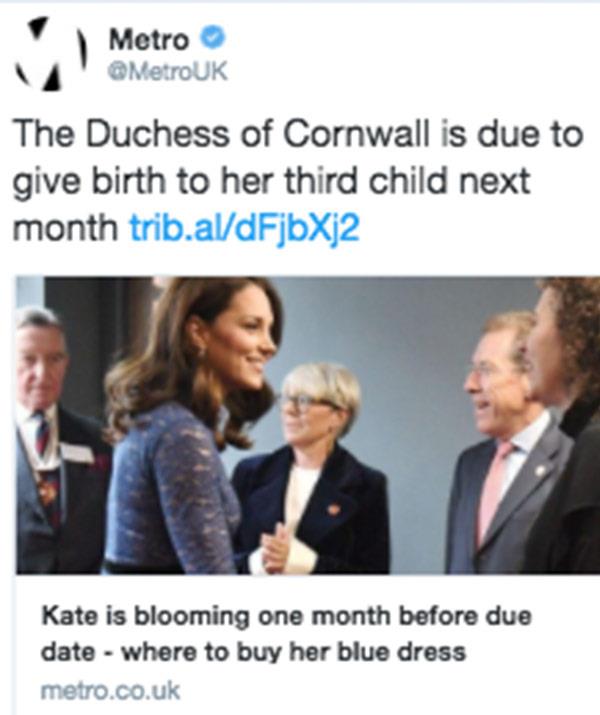 “Congratulations on your impending sibling. Must have been a surprise,” comedian British Dom Joly chimed in. “You’re not wrong,” Tom, a food critic, responded in good humor. “Better start finding excuses not to babysit, now Tom,” a second fan teased. “Does Charles know Tom?” user @Frostybutcher joked of Tom’s stepfather, Prince Charles. “I’m the last to know Frosty. As ever,” Tom, who starred on the Channel 9 cooking series The Hot Plate, quipped back.

Duchess Camilla is the proud mother to Tom and daughter Laura Lopes, 39, from her first marriage to Andrew Parker Bowles. 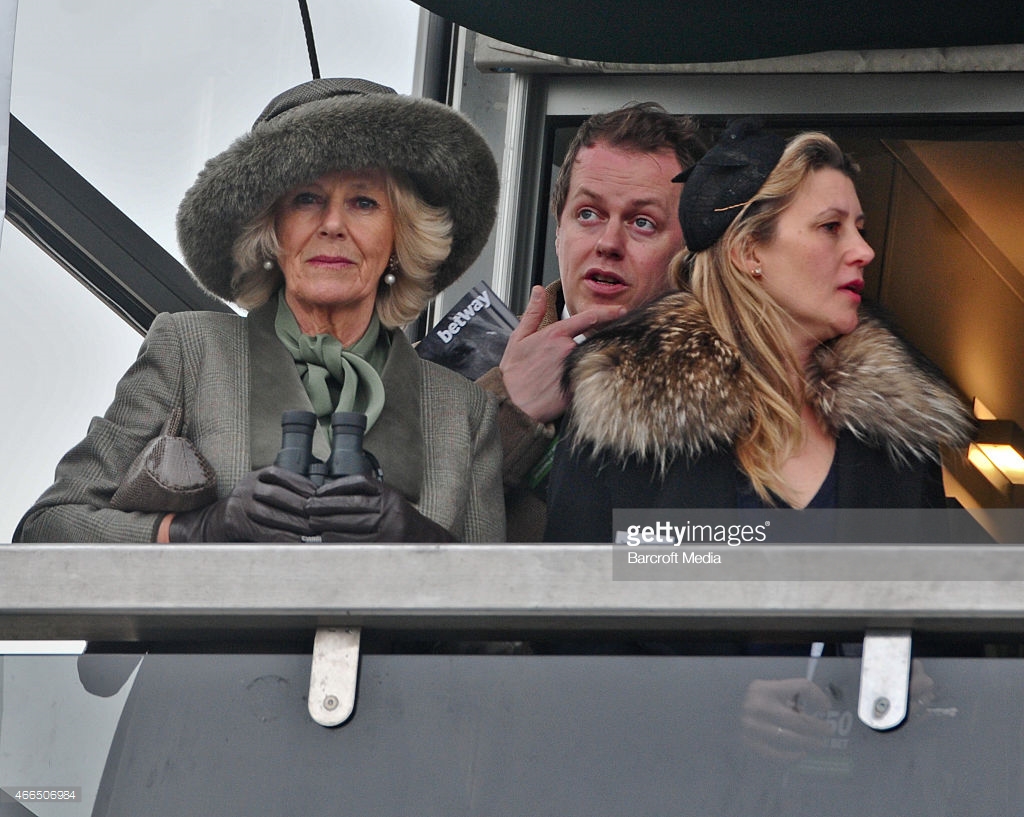 Meanwhile, today’s outing will be one of Duchess Catherine’s last public appearances before she begins maternity leave and prepares to welcome her third child and younger sibling for Prince George, 4, and Princess Charlotte, 2. 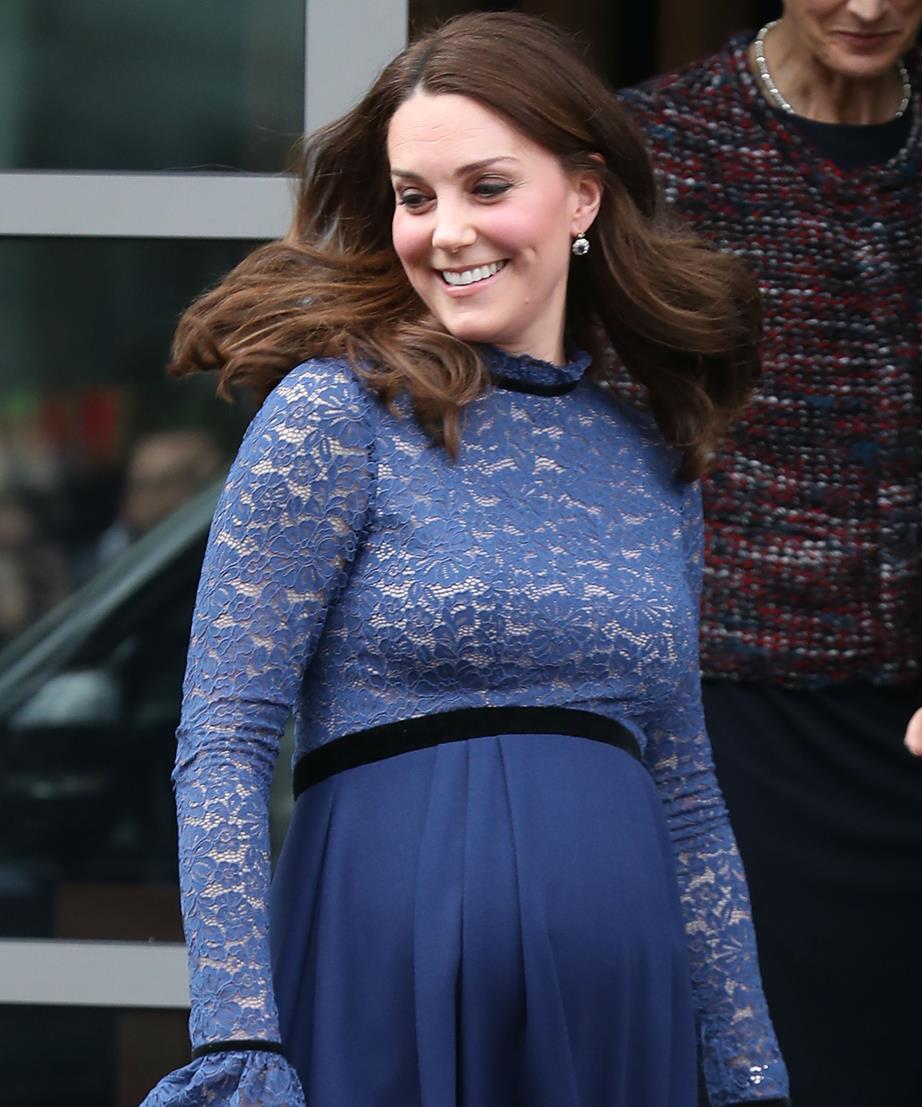 It’s believed that Kate’s final public appearance will be on Commonwealth Day as she joins key members of the royal family at Westminster Abbey on March 12.

This post was written by Bella Brennan. For more, check out our sister site, Now to Love.

Commonwealth ‘Begins Secret Talks’ on Who Will Succeed Queen Elizabeth