Just being on TV might be a lucky day for most people, but a North Carolina woman got a double dose of luck: After she appeared on an HGTV show, an eagle-eyed doctor watching the program spotted a suspicious lump on her throat that turned out to be cancer. 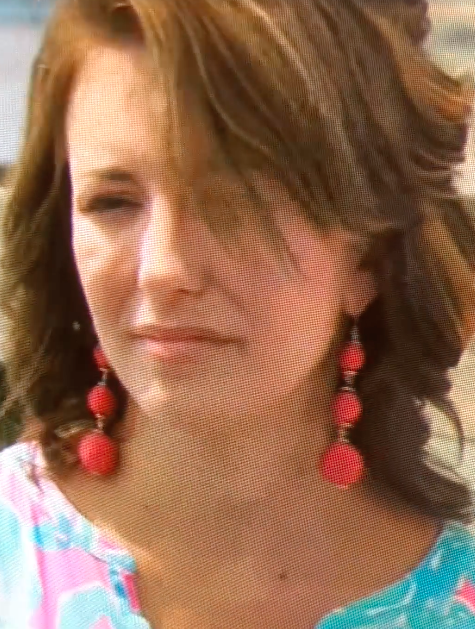 Nicole McGuinness appeared on the network’s Beachfront Bargain Hunt program to document her beachfront-house-buying process, which she was doing to celebrate the end of a brain tumor treatment. The episode was filmed in September 2017, but it aired in May. As it turns out, Dr. Erich Voigt of New York University’s Langone Health Center was one of the show’s viewers. While enjoying the episode, he paused after noticing something slightly off about McGuiness: she had a dubious lump sticking out of her neck. Sensing a medical emergency, the doctor took a video of the house hunter and posted it to Facebook. Dr. Voigt captioned it: “I am watching a tv show and notice this woman has a left thyroid mass. She needs a sonogram and fine needle biopsy. I wonder if she knows and hope it’s benign.”

According to ABC News, the post reached McGuinness in a matter of days — and someone was actually able to put the two in contact. “Through numerous connections, someone contacted the woman! She was unaware she had a mass. Her doctors had never noticed it,” Dr. Voigt wrote on a later Facebook post. McGuiness took the intrepid doctor’s advice to seek medical attention, and was ultimately diagnosed with thyroid cancer.

This is not the first time someone who appeared on HGTV has been alerted to a health concern by a viewer. Former Flip or Flop host Tarek el Moussa was also notified about throat cancer when a nurse watching the show recognized a lump on the real estate whiz’s neck. The host was diagnosed with cancer, which he successfully treated shortly thereafter.

Follow up to a post…..( I’m posting this because several people have helped a stranger through the power of…

Both McGuinness and Dr. Voigt expressed gratitude for the unexpected coincidence that helped save McGuinness’ life. “It was just a miracle in my opinion that he happened to see this on television. I can’t express how grateful and thankful I am,” McGuinness told ABC News. Dr. Voigt also expressed gratitude at the situation, telling Good Morning America’s Michael Strahan, “It’s really a heartwarming story for me.”

Celine Dion Returns to the Stage After Undergoing Ear Surgery