Kids like to be scared. Oh, sure, their nightmares may cause them to crawl into bed with mommy or daddy, or hide their heads under the covers, creating a magical barrier between them and the thing that’s frightening them, but at the same time, in some ways they embrace that which they fear. I certainly did when I was eight years old. And my particular brand of monster was vampires. Or, more accurately, vampire. His name was Barnabas Collins, and he was featured on the ABC 1966-71 soap opera Dark Shadows.

In the summer of 1968, I was living in Brooklyn, NY, and on one particular afternoon was outside playing with my friends. I returned to the apartment my family lived in to retrieve a baseball bat. My mom, who was watching TV at the time, sat up in a moment that can best be described as shock, because I was not a baseball kind of kid. In fact, I had to let the poor woman down as I confessed to her that I actually needed the bat because we were “playing” Mighty Mightor, a Saturday morning cartoon about a superhero caveman who used a club. Clubs were in short supply in Brooklyn at the time, so there was little choice but to substitute a bat for one of them. Not realizing I’d shattered her Little League dreams for me, I turned around to head back outside, but glanced at the TV. On screen, there was a waitress in a tavern, who was looking pretty terrified. There was a low growling sound coming from the outside, and a shadow moving by the window. Suddenly the shadow turned and leaped through that window, much to the horror of the waitress. Seconds later he stood up, revealing himself to be a werewolf(!). 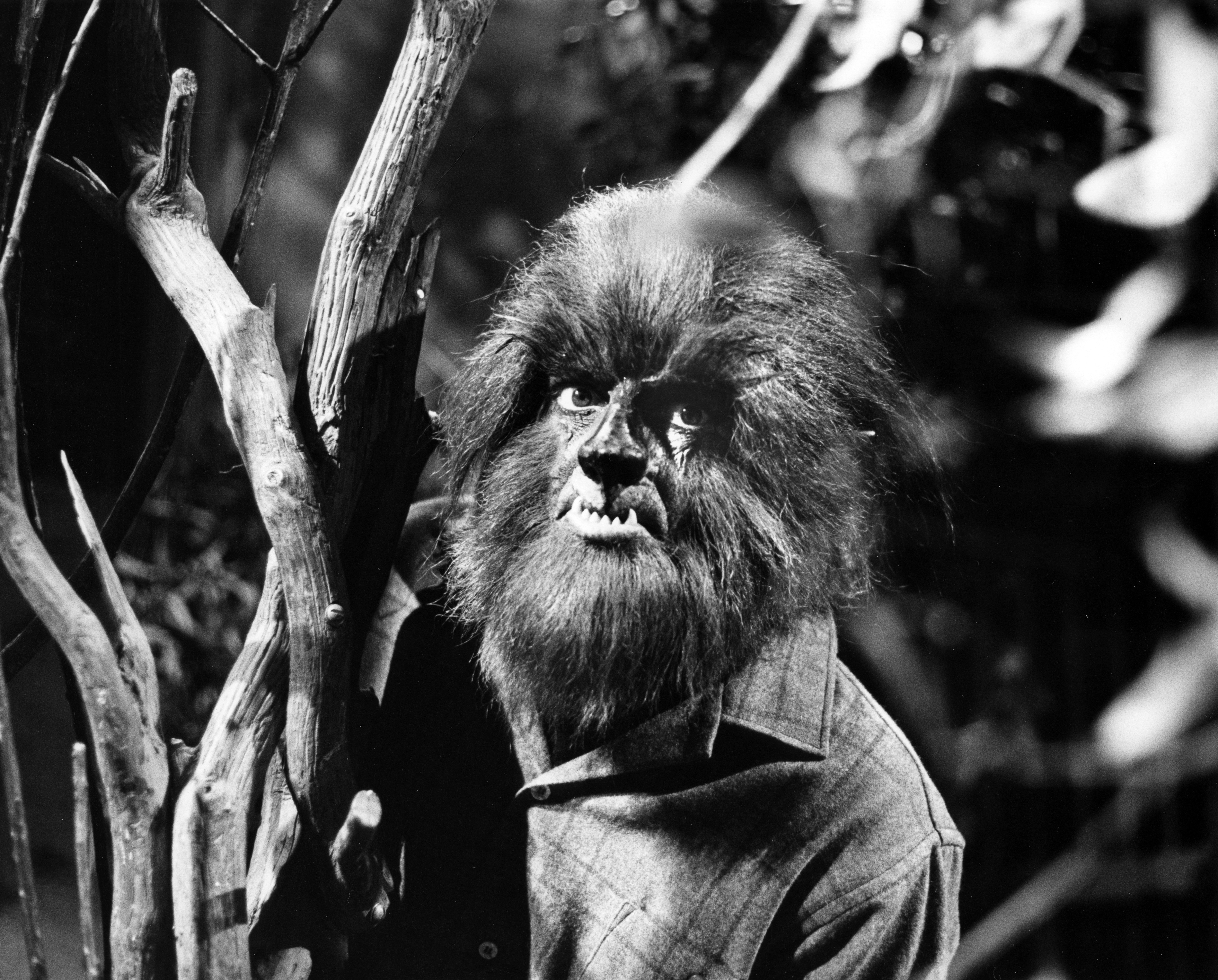 Mightor be damned, I dropped my baseball club, and fell to my knees in front of the TV. This was my introduction to Dark Shadows, which I quickly learned was a Monday through Friday soap opera that dealt in the world of the supernatural, and how it intersected with the wealthy Collins family of the fictional Collinsport, ME. More important than any of that, however, was my introduction to the lead character, Barnabas Collins, a 175-year-old vampire who (I later learned) had been sealed in a chained coffin by his father, who couldn’t bring himself to kill his son, in the late 1700s. But he was inadvertently freed in 1967 where he initially began a secret reign of terror, though he gradually became the show’s antihero.

My imagination was completely captured, and in my pop culture obsessive way (even back then), I began consuming every bit of information I could about the show in general, and Barnabas Collins in particular. The show and that character (as well as his real life alter ego, Canadian actor Jonathan Frid) was all I could think about (besides, you know, James Bond, Superman, comic books, Star Trek….). I was even given a Barnabas Collins board game as a present, a variation of hangman that had you and fellow players gradually construct a skeleton; the first one doing so being rewarded with the accompanying set of fangs. Which was a great reward… once. But think about it — you go more than one round, the previous guy who won would remove the fangs from his mouth, courteously shake out the spit that had accumulated, and slip it to the new victor who would promptly put it in his own mouth without a second thought. Thankfully there weren’t germs in the ‘60s.

So I remained loyal to Dark Shadows, even as the plotlines got more bizarre. I asked my parents to take me and my best friend to the movies in 1970 to see the feature film House of Dark Shadows (where Barnabas was in no way a hero; he was a true monster), and I mourned when the show finally went off the air in April 1971, only to be replaced by Password (that game show still causes me to wince when I hear or read its name…. it just happened again).

Life went on, and Dark Shadows became a (very) fond memory. But then, in the early 1980s, NBC announced that it was going to start airing reruns of the show, which was unprecedented for a soap opera. I couldn’t believe it, and immediately contacted the PR department for the network, seeing if there was a chance to interview Jonathan Frid for the college paper, on which I was Feature Editor. Sadly, I never hear anything… until that summer, when a handwritten letter arrived from him, apologizing for taking so long to respond to me, and wanting to know if I was still interested in an interview. Uh…yes!

In September of 1983 I found myself in the New York City apartment of Jonathan (he told me to call him that, which was so cool at the time), who greeted me warmly at the door, and invited me in. We shared some pleasantries, and he told me about a one-man show that he was getting ready to put together. We then sat down for a discussion of all things Dark Shadows. How he got the job, what it was like to be at the center of pop culture frenzy (and you should not underestimate how huge it was), his approach to the character of Barnabas and, surprisingly, how much he despised wearing the fangs that went part and parcel with playing a vampire. 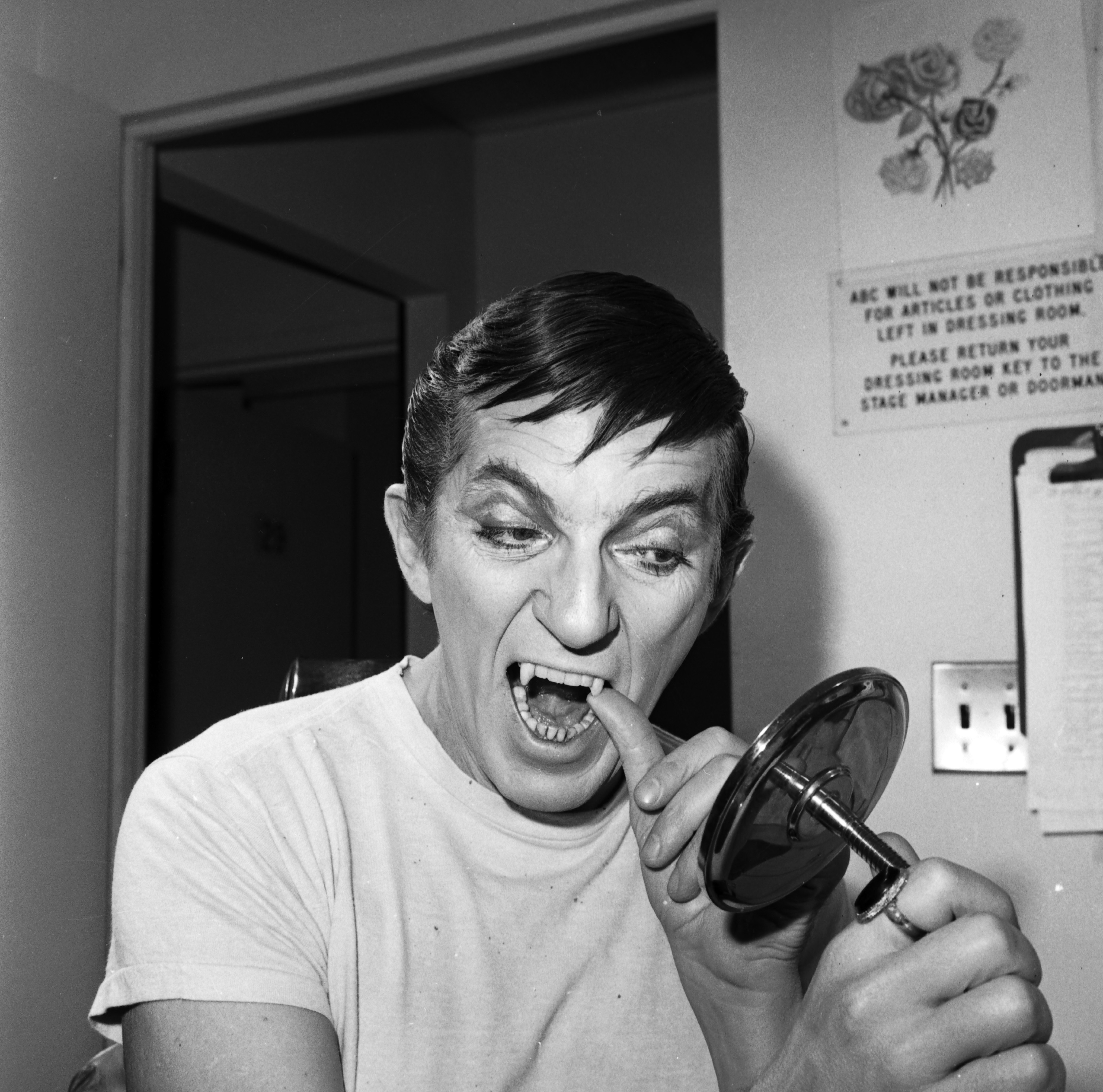 “They were such crowd-pleasers,” he acknowledged of the moments when Barnabas would reveal his pointed pearly whites, “and they got the ratings up, but I never understood the reason for that. I don’t know why they scared anybody. What scared me was Barnabas’ lie; that he was pretending to be something he wasn’t. He got the lust for blood every once in a while, but always what preyed on his mind was the lie. That’s all I could ever think of, and of course it played right into my lie as an actor, pretending to be fully confident when I wasn’t. I was lying that I was calm and comfortable in the studio, just as Barnabas was lying that he was the calm and comfortable cousin from England. He wasn’t at all. He was a sick, unbelievable creep that the world didn’t know about.”

I found it curious that he wasn’t comfortable in the studio; that he was, in fact, nervous in many ways day after day. “The cameras scared me,” he admitted. “Well, not so much the cameras, but what they represented: millions of dollars. I was in big business, and my job was to get people to hang in there until the next set of commercials. The other aspect is the stardom. I guess I kind of realized what was happening after two or three months, but I was saved from dwelling on it and becoming too big for my boots, because I was so busy with the scripts every day.”

When Dark Shadows went off the air, Jonathan slipped into relative obscurity, largely by choice. “I knew I couldn’t make a career out of being a star, because I would have to make a commitment to the occult,” he said, glancing outside the window as he did so. “I have no interest in the occult at all. If I did make a career out of it, I would have to become an honorary member of every occult society in the country and get into vampirism. I couldn’t bear the thought of doing that. Look at Bela Lugosi, the poor man. He died and had himself buried in his Dracula cape. I never wanted to get like that.” 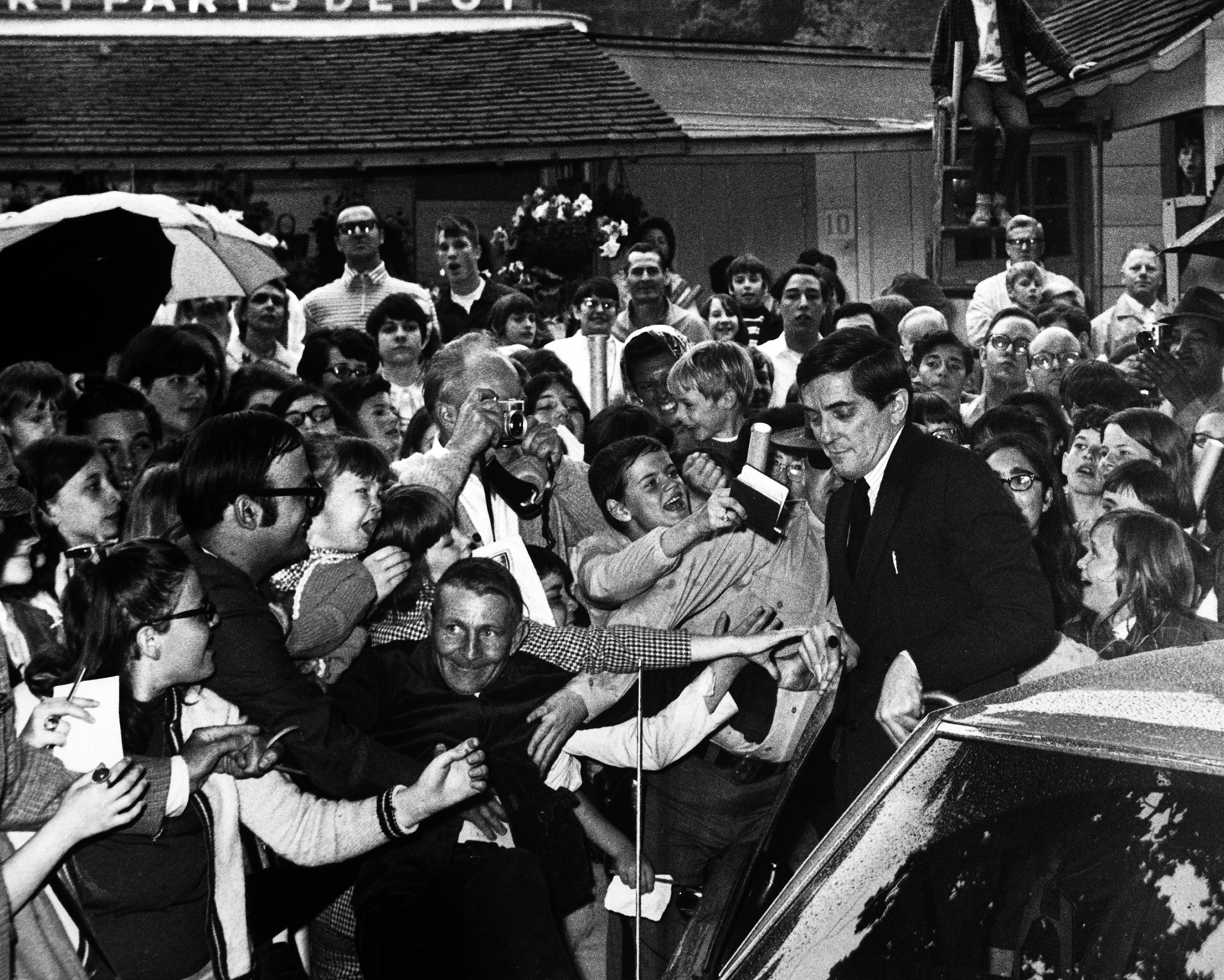 All of this was so fascinating to me, and when we finished our conversation, I mentioned to him that I was interested in writing a book about Dark Shadows. He seemed to love the idea, and invited me to come back to go through the files he had kept of those days, which I was to discover were pretty massive, and a genuine treasure-trove for someone like me who had been a fan and only seen the show from the outside in. Now I would have the opportunity to flip that around. And I did. For several months, I would head into New York on Sundays, Jonathan and I would take turns buying each other breakfast or brunch, he’d leave me alone in his apartment to go through the files while he ran to do some errands, and then we would have further conversations, some on the record and some off.

It isn’t often we get to meet and interact with our childhood heroes. And in Jonathan’s case it was particularly special, because he was indirectly responsible for my becoming a writer in the first place. Due to the fact I couldn’t get enough of Dark Shadows (despite airing five days a week), I took to writing my own Dark Shadows short stories, which led me to writing reviews of the episodes and films, which in turn led to my reviewing other films and TV shows and, then, wanting to start conducting interviews to find out how it was all created in the first place. Flash forward more years than I care to consider, and here we are. 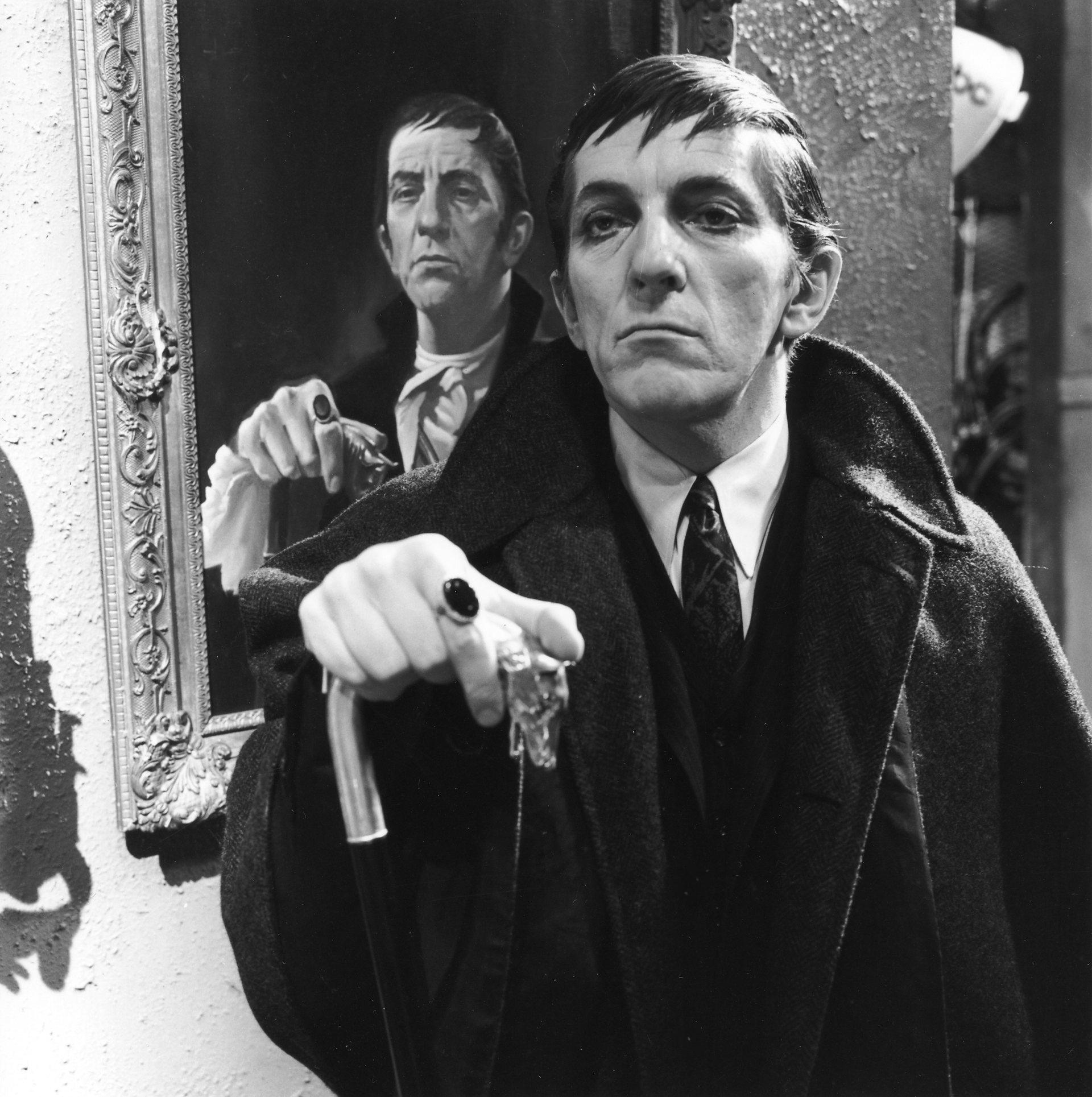 Jonathan Frid passed away on April 14, 2012, and when he did I thought back to that initial meeting between us, and my wondering how this man, who had captured the hearts and jugulars of so many people, more or less stepped away from acting beyond an occasional stage appearance.

“I never pushed my career,” he explained. “I’ve been enjoying my life, and I’ve never gone through a period of depression. I’m actually amazed that the interest is still there. I thought that two weeks after the show left the air I’d have my private life back again. People still recognize me and it’s nice to be remembered, but for every bit of happiness I get from that, the days I’m not recognized are just as happy in their own way. Some people look for that recognition, and I think that’s sad. It’s gone and you can’t bring it back again.”