Somebody pinch us — we must be dreaming. After the sad news that Chip Gaines and Joanna Gaines were saying goodbye to Fixer Upper after a five season stint, we never thought we’d see the dynamic duo on TV ever again. But, as it turns out, there might still be hope.

On May 23, a fan of the HGTV couple took to Twitter to share an idea for a new series. “Show idea. Chip [and] Joanna surprise young adults by fixing up their first house of college. Renter Upper?” the Twitter user wrote, tagging the two reality stars. Of course, she paired the brilliant message with a hilarious Fixer Upper GIF. 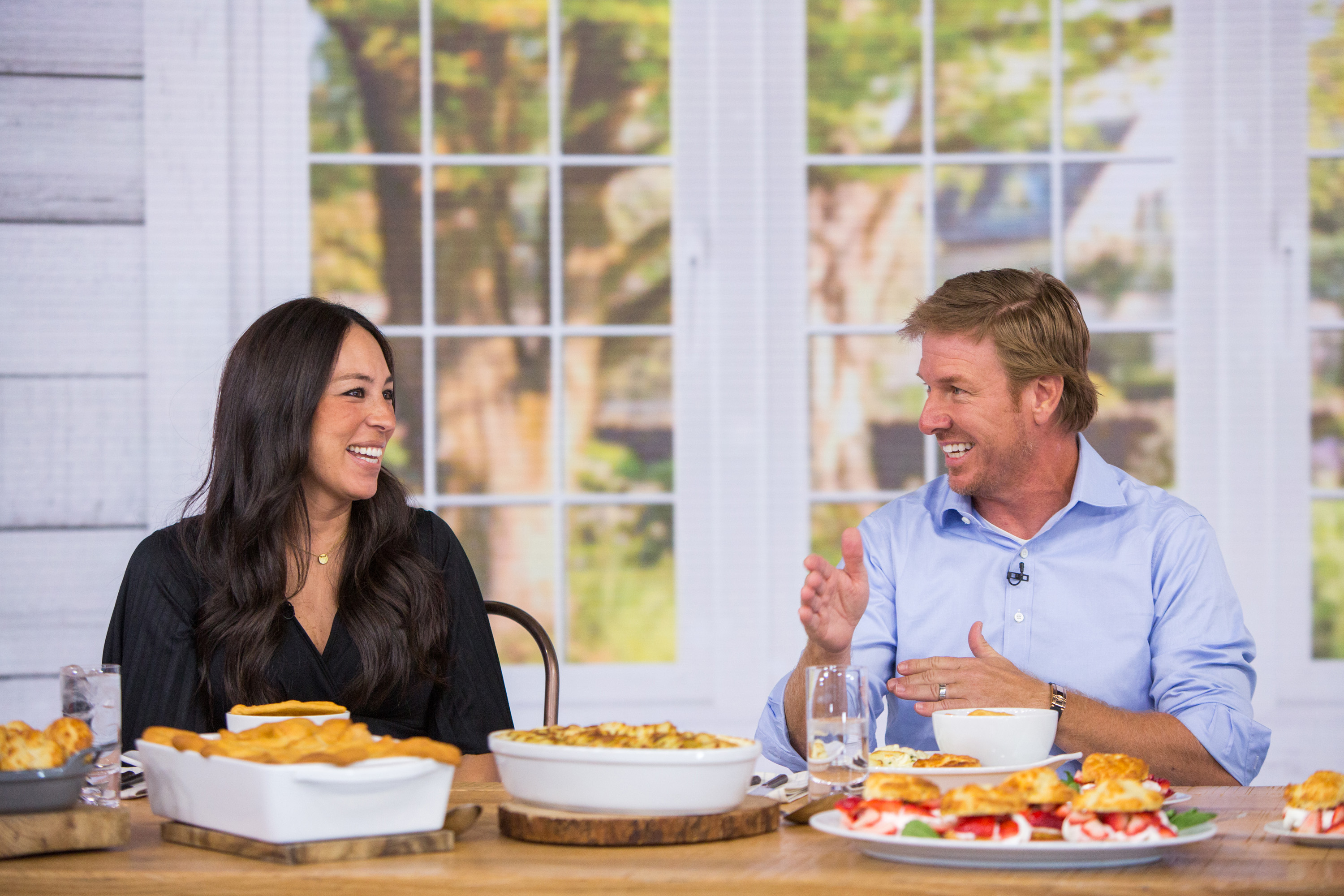 Now, as anyone who has watched the show knows, Chip is quite the jokester. That said, he replied almost immediately to the tweet by writing, “Hummm… #MeLike.” In addition, Joanna told People back in October that the pair hasn’t completely ruled out jumping back on the small screen. “We’re entrepreneurs at heart, so we’ll always be looking forward to what’s next. As it relates to TV, you just never know,” she explained.

Don’t get too excited, though. With Joanna expecting baby No. 5 in just a few months, these parents are all about putting family first. “With our little ones getting bigger, we had this gut feeling that it was time to step back and focus on them and our businesses here in Waco, TX. And although that’s why we thought we decided to step away from the show, we now realize with this little one on the way that there was a bigger plan in place for us all along,” Joanna told People in a separate interview. If one thing’s certain, Chip and Joanna know how to multitask — here’s to hoping they decide to balance family and TV once more.

Joanna Gaines Jokes About Her Fast Food and Fruity Pebbles Pregnancy Cravings: “I Have No Regrets!”

Chip and Joanna Gaines Can’t Agree on a Name for Their Fifth Baby — So We’ve Picked Some Monikers for Them!