Former Charlie’s Angels’ star Cheryl Ladd didn’t know why her husband kept asking her to drive home when it was dark outside. He didn’t know either; all he knew was that it had to do with his eyes. They were both flabbergasted when they found out from the doctor that the issue was cataracts.

A cataract — a medical condition where the lens of the eyes becomes opaque, resulting in blurred vision — is one of the most common causes of vision loss. But many don’t know what a cataract is or how to fix it. Ladd opens up to WomansWorld.com about how he got them fixed, how she helped him, how she herself feels about being at risk for cataracts in the future, and why she’s partnering with Alcon to help educate others on this issue.

Cheryl Ladd Opens Up About Her Husband’s Cataract Surgery

At the time this started, my husband [Brian Russell] and I lived out in the country, in Santa Ynez, California. Our friends lived in other areas, and at night it was pitch black. He would ask me to drive home. He said, “I don’t think I’m seeing as well at night as I should be for some reason. I don’t know why.”

This happened a few times, and I finally convinced him to go to the doctor — which is not an easy thing to do — to have his eyes checked. And in fact, he had cataracts.

He was sent to a surgeon, who said, yes, indeed, they needed to be removed and it would take surgery. I was shocked because I knew nothing about cataracts. And he was shocked because he didn’t know anything about them, either. I was thinking, “Wow, you’re going to have surgery on your eyes. How do you feel about that? Are you nervous?”

But he said, “No, after talking to the doctor, I’m pretty confident about it and from what he says, it’s not going to be a big thing.”

So, off we went. He did one eye and then a few weeks later, he did the other eye. He had both of the lenses changed. And golly, it seemed quick. From the time he went in and came out, it was less than 45 minutes.

He said it was an absolute piece of cake. It was simple and painless, and recovery was easy, too. And he could literally see the next day. For 24 hours, you have to take it easy — but truly, he said, “I could go to work today if I had to.”

He was astonished at the amazing results. He was a changed person; I could see such a difference in his confidence, and he could see like when he was a child.

With the internet and all the things we have access to about our health, cataracts are something that I don’t think a lot of people are informed about. But a lot of people live with it. In older people, it tends to happen gradually. They say you start to lose the brightness of colors and at night, when the car lights are shining in the window, they start to look fuzzy. There are a lot of signs.

And they can’t be prevented. It’s not like other things, like if you have high cholesterol, you can change your diet. If any of us live long enough, we’ll all get cataracts eventually. It’s just an aging process of the eye. Some people get them young, and that’s genetic; sometimes, it happens from an injury.

But if it happens to you, you can change it with an amazing procedure and have the eyesight you had as a kid. I know that I will probably be a candidate. I have beginnings of cataracts myself. Somewhere down the line, I’ll be having the surgery. And I do feel confident about it. The lenses are amazing, and the other amazing thing is if you have an astigmatism they have a lens that will take care of the cataracts and fix the astigmatism — so you can get two birds with one stone.

I don’t want to lose my eyesight. I want to be able to see; I’m an actor. I’m stimulated visually by looking into another actor’s eyes and responding to the emotion that they’re sending me. And my husband and I have a home-decorating business. I’m the color maven. I need to see those colors and see what blends. We also have grandchildren. I want to watch those little faces. I want to see them grow up, see who they are as human beings and how they’re developing in a clear way, because there’s nothing like watching your grandchild sing you a song.

I would encourage everyone to see your doctor, have your eyes tested. If you have cataracts, there’s a ton of information now on the Internet. You can go to CataractEyeQ.com. Take the little quiz. The thing that’s so important about it is that your eyes are your window to the world. They’re the window to your freedom in life, to be able to move about the way you want to, to do the things you want to do, to see those darling faces of your grandchildren. And if you lose your eyesight, you lose so much.

Who is Cheryl Ladd married to?

Cheryl Ladd, born Cheryl Jean Stoppelmoor, married her first husband, David Ladd, in 1973. The couple had a beautiful daughter named Jordan together. Following their divorce, Ladd married music producer Brian Russell. Although she kept David’s surname, Ladd and Russell have been together for more than 30 years. Cheryl is a stepmother to Russell’s only daughter, Lindsay Russell. 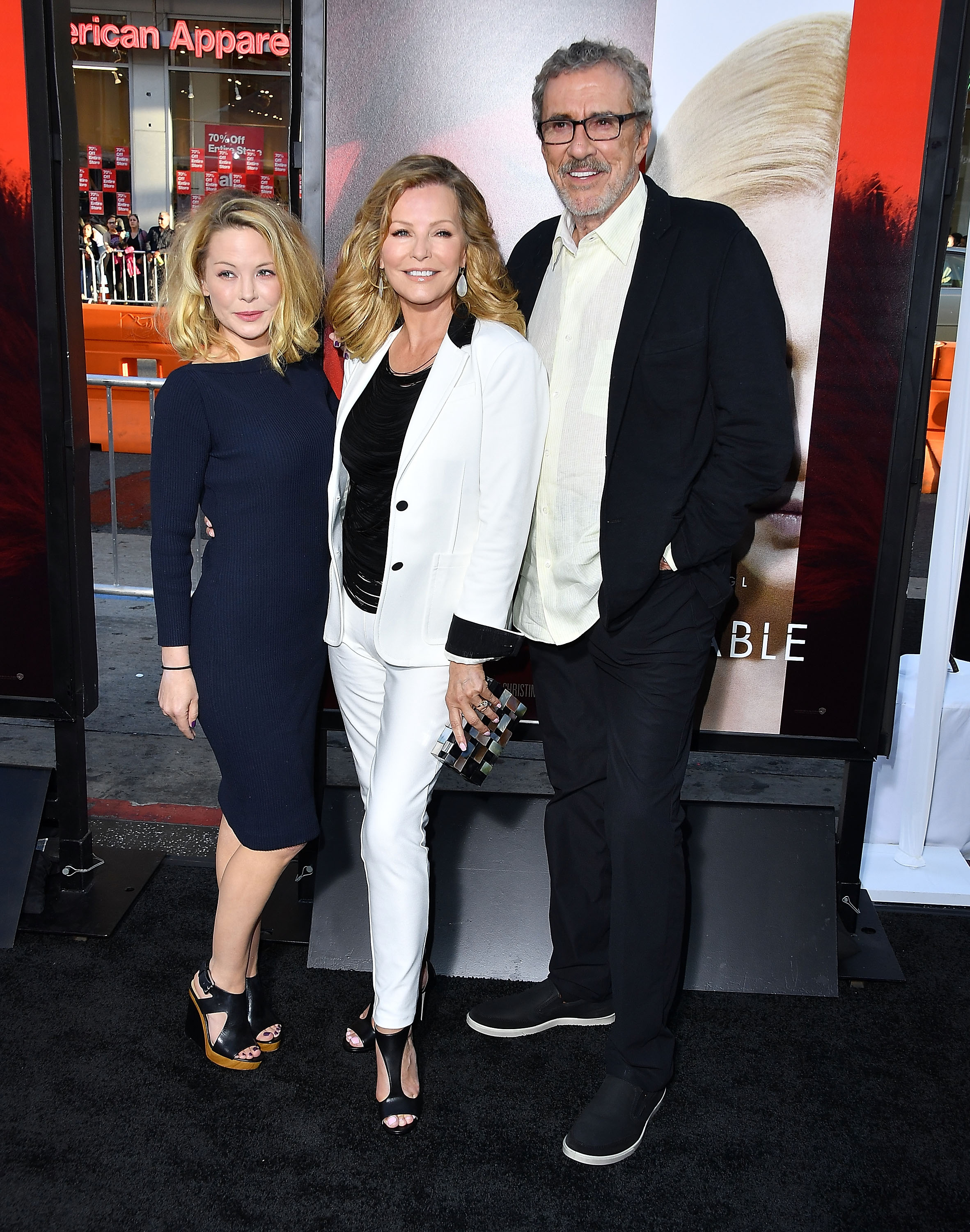 Doesn’t the former Charlie’s Angels’ actress look stunning with her husband and daughter? She looks more like Jordan’s sister rather than her mother! Good looks clearly run in the family, so we can only imagine what Cheryl Ladd’s grandchildren will look like when they’re older.

Everything We Know About Cheryl Ladd’s Grandchildren

Ladd became a first-time grandmother (as a step-grandmother) in 2007 when Russell’s daughter Lindsay had a beautiful baby boy.

“I am a first-time grandmother, and it’s a little more complex than that because I have my daughter, Jordan, and my stepdaughter, Lindsay. My daughter Jordan was five-and-a-half, almost six, when we got married, and Lindsay was four-and-a-half. It is Lindsay, my stepdaughter, who has had the baby. It’s my first grandchild, nevertheless,” Ladd said in an exclusive interview with GRAND Magazine.

Today, Ladd has three grandchildren — two boys and one girl.

The Food Cheryl Ladd Eats to Keep the Weight Off