If the walls could talk, they would spill all the secrets of Hollywood’s Golden Age — affairs and actors, hedonism and handshake deals, movie stars and magnates, riches and romance. Lining its hallowed halls, the iconic 1940s Don Loper-designed banana leaf “Martinique” wallpaper is as recognizable as its famous courtyard, where the entertainment elite come, as they have for decades, to wine and dine. It’s the stuff of legend and lore.

In a city where pop stars can turn a regular venue into a hotspot with a single paparazzi picture, not many places have had staying power quite like the Beverly Hills Hotel. Built in 1912, the sprawling Mission Revival hotel and lush estate preceded even the city itself, and by the 1920s, it was considered prime real estate. In the late ’40s, the property was painted its famous flamingo color — which is why it became affectionately known as The Pink Palace. 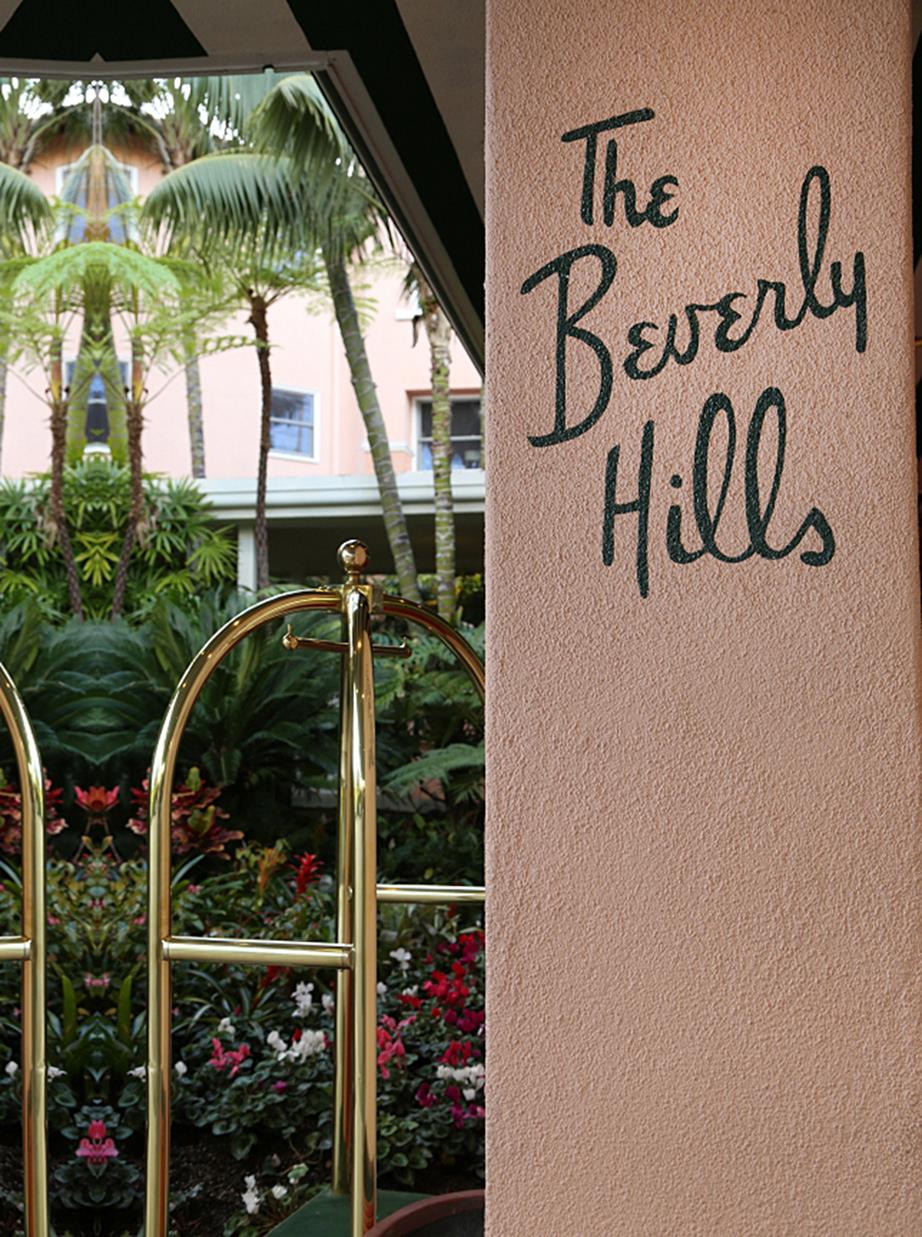 There have been updates over the years, most recently by Adam Tihany, who refreshed the lobby, palm-tree-lined pool cabanas, and sacred Polo Lounge — the original establishment for socialites and Rat Pack debauchery. It’s been called the “epicenter of power dining in Los Angeles” and because time-honored guests were sensitive to any major changes, the curved quilted booths, dark green walls, and round tables remained. 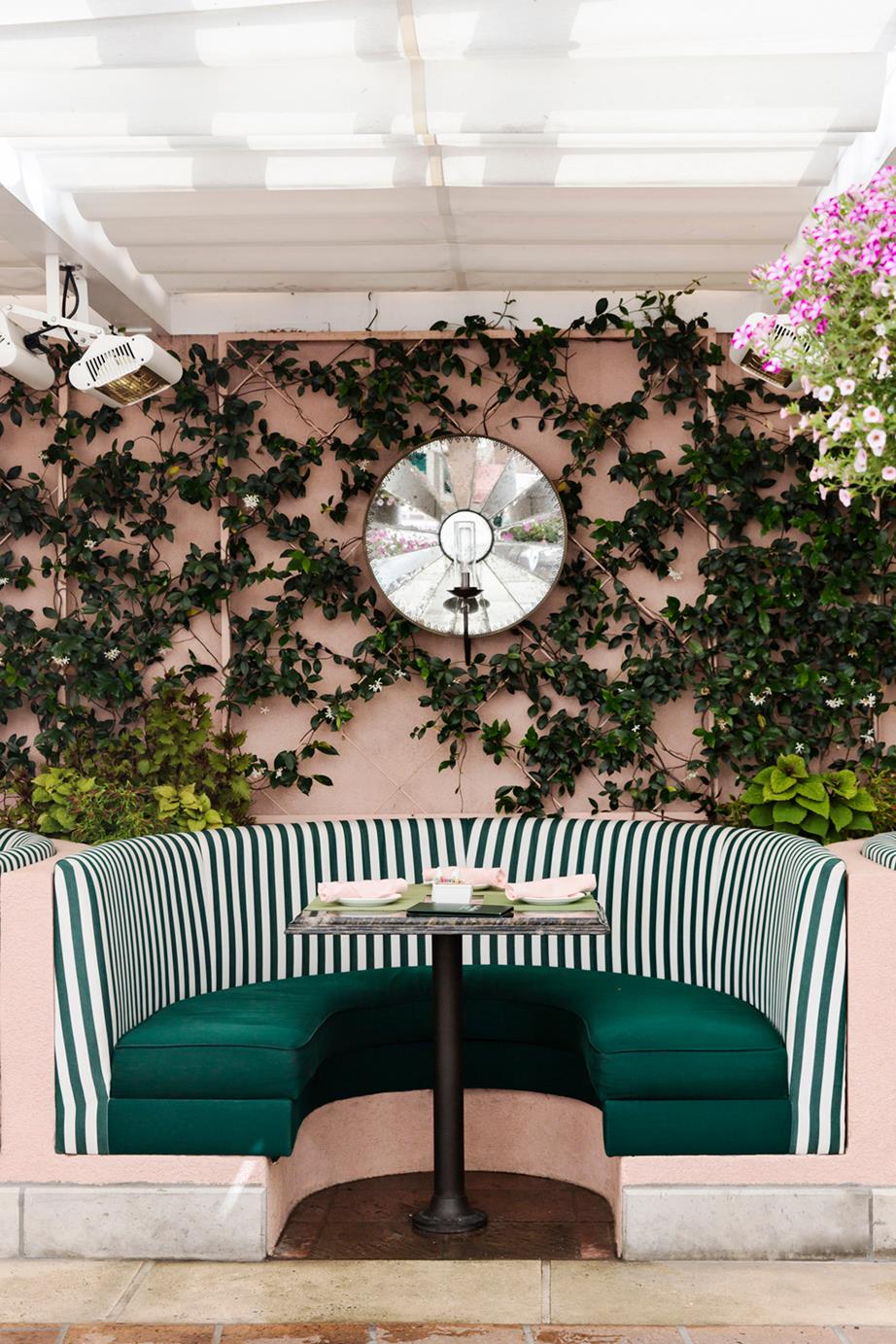 The mild weather is perfect for dining outside, and the patio blooms with azaleas, bougainvillea, camellias, and star jasmine. Executive chef and Hawaiian native Kaleo Adams uses produce from farmers markets and the on-site herb garden to ensure healthy options are available, but it’s all about jazz and Sunday brunch. It might be Old Hollywood, but today’s “it kids” still flock. 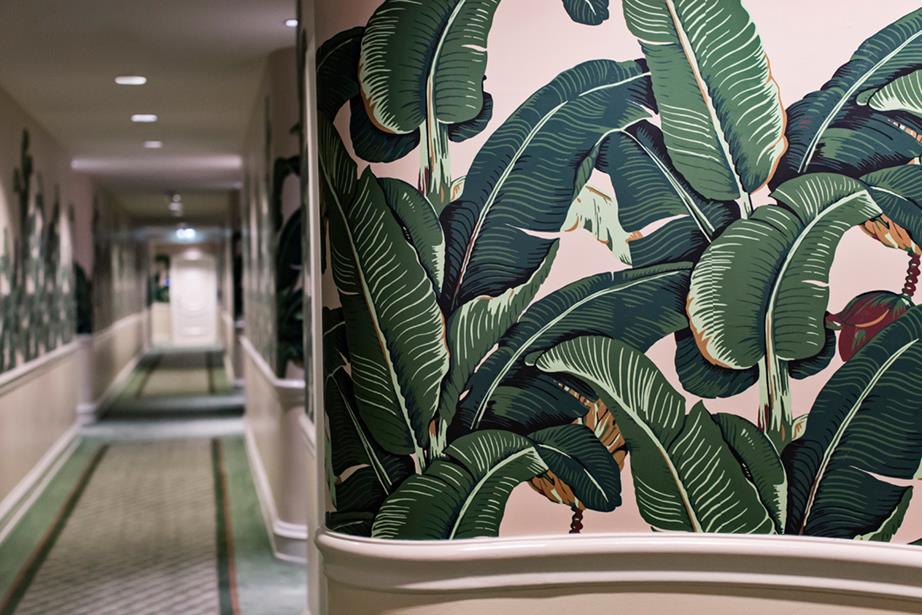 Introduced in the early days to accommodate guests wanting more space and privacy, the hotel’s original secluded bungalows are being reimagined by New York-based designer Alexandra Champalimaud of Champalimaud Design. Tailored ’40s French and Hollywood Regency designs complement decorative wallpapers, intricate floor inlays, hand-stenciled patterns, and custom-embroidered panels that are luxurious without being stuffy. It’s a nod to the past with an effortless, Californian modernity. 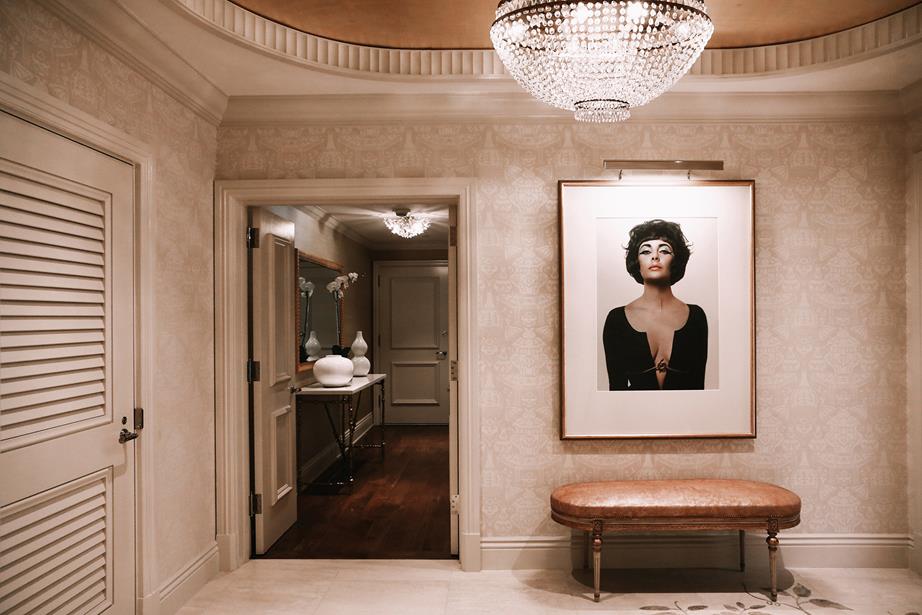 The refit is inspired by some of the hotel’s legendary regulars, including Marilyn Monroe, who stayed with Joe DiMaggio in number seven, Marlene Dietrich, who regarded number 11 as her own, Yoko Ono and John Lennon, who holed up there for a week, and reclusive billionaire Howard Hughes, who lived in number four intermittently for more than three decades. With four bedrooms and a private pool, number five was designed with Elizabeth Taylor in mind and incorporates glamour reflective of her most celebrated movie roles. Just like in her own home, blue reigns supreme, and jewel-colored Arnold Scaasi-esque draperies are paired with romantic floral mosaics, Egyptian-patterned cabinetry, and plush European furniture. 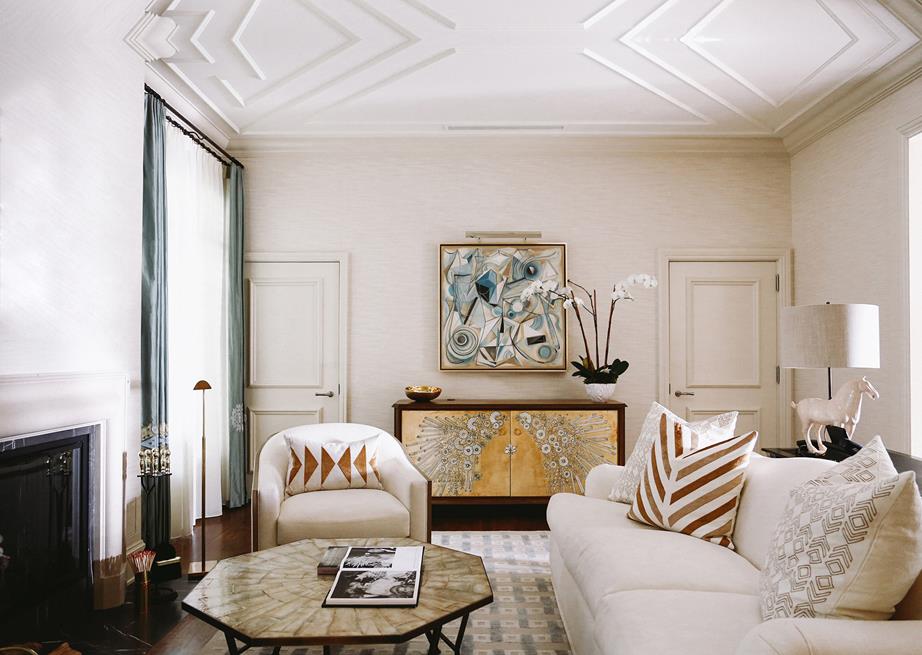 The hotel’s pool is relaxed and chic, its signature green and white chaises shaded by parasols.

The legendary pool was built in 1938 and is a favorite with Hollywood royalty. (Photo Credit: Homes to Love)

Safely hidden from view, the bungalows are the perfect hideout. “Every memory I have of the hotel that I want to share,” said former Paramount Pictures film producer and resort regular Robert Evans, “I wouldn’t want to see in print.”

A Look Inside the Stunning Apartment of Pantone’s Founder

On a Tight Budget With Limited Space, This Clever Couple Designed a Cozy Wall Bed for Just $150