What becomes a legend most? Sometimes another legend’s home, or so Barbra Streisand found when she rented Greta Garbo’s former Beverly Hills house while making her first movies, Funny Girl and Hello, Dolly! But then she spotted a two-story villa in neighboring Holmby Hills, California, and made it her first permanent California home.

“It was built in 1929, and it was Mediterranean. I don’t like Mediterranean architecture unless it’s in the Mediterranean,” she quipped. Yet it’s easy to see what inspired the private star to buy it for $295,000 in 1969: The 9,600-square-foot gated mansion had so many rooms and amenities, one hardly had to leave. Outside, a pool and lots of lush foliage graced her nearly three-acre spread. Inside were five bedrooms, seven baths, a dining room with a fireplace, a library, screening room, and a two-story living room.

It was easy to forget the Mediterranean architecture after she filled the interior with Art Nouveau pieces, including some by Frank Lloyd Wright and other American craftsmen. “I love decorating,” she said.

Then love led Barbra to buy land right next to her beau, Jon Peters, in the woodsy Ramirez Canyon area of Malibu, California, in 1974. “I lived on a rustic piece of property we called ‘the ranch’ and decorated that house with American folk art, old painted furniture, and Tiffany lamps,” she wrote in her book My Passion for Design. “When a dilapidated tract house next door became available, I bought it for privacy’s sake, thinking it would be easy to add a second story and transform it into an art deco house. That turned into a five-year ordeal, and by the time it was over, I never wanted to look at an art deco again!” 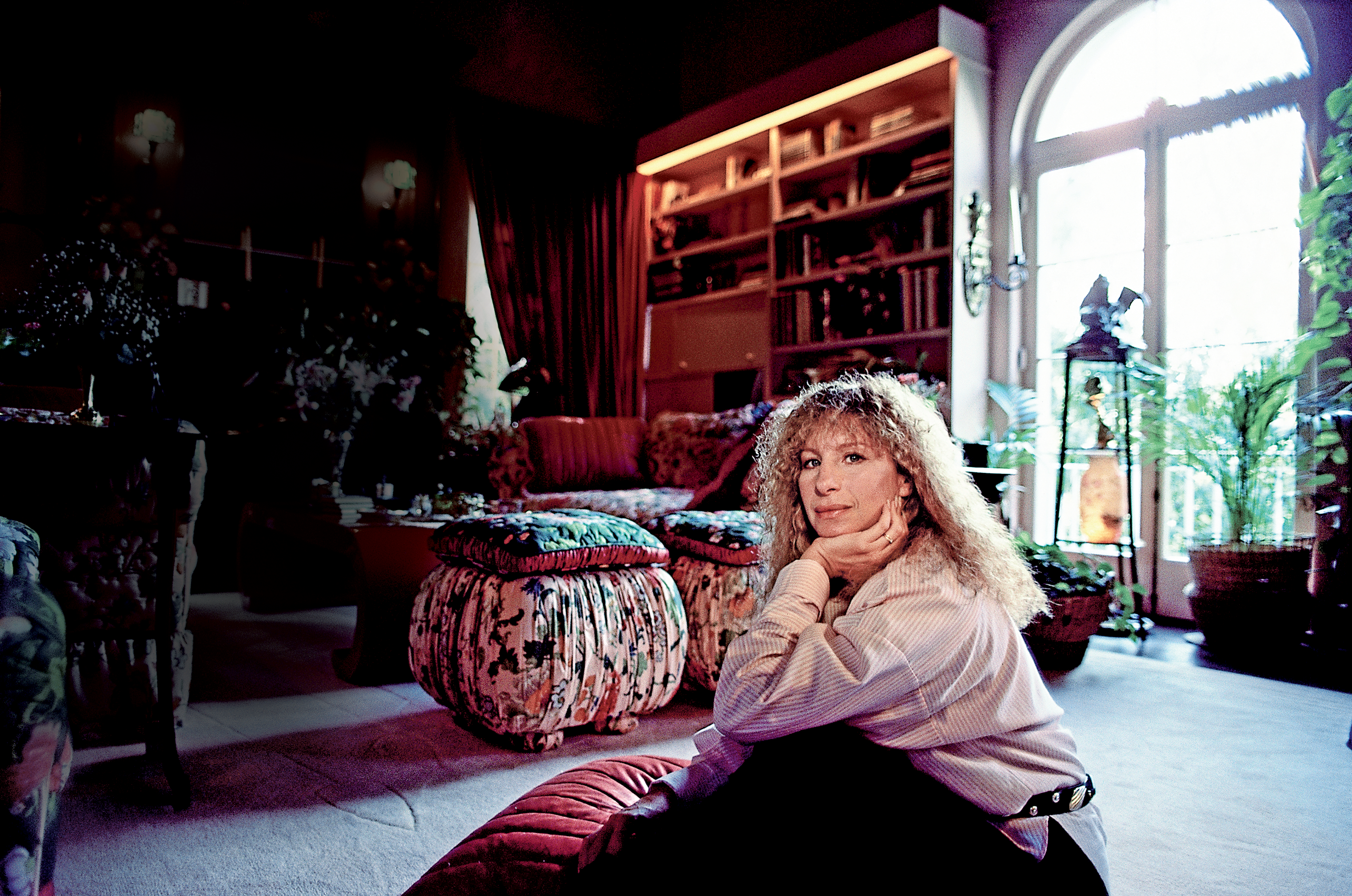 Fortunately, there were plenty of other buildings on the ranch to look at, including Barwood (a Craftsman bungalow where she did technical work on Yentl), the Peach House (a former stable that housed a guest apartment and screening room), a three-bedroom barn, plus an area called The Meadow, where she built an amphitheater for her 1986 One Voice charity concert.

Although Barbra donated the ranch to the Santa Monica Mountains Conservancy in 1993 about a decade after she and Jon split, for a time it was her dream come true. “I love it here,” said Barbra, now 75, who currently resides in the Point Dume section of Malibu with her husband, James Brolin, 77. “You are very much in touch with the earth, with natural things. The thing that keeps me sane is living here.”

Barbra Streisand’s Ex-Husband Elliott Gould on Their Relationship: “She Is a Significant Part of My Life” (EXCLUSIVE)

Someone Called Barbra Streisand’s Husband James Brolin Mr. Streisand — and She Wasn’t Having It!