Want to lose weight and keep it off while eating pretty much what you’d like? Millions of people who said yes to this question have bought The Dukan Diet: 2 Steps to Lose the Weight, 2 Steps to Keep It Off Forever ($13; Amazon), written by controversial French doctor Pierre Dukan, MD, who claims you won’t need to count a single calorie or feel any hunger pains to reach your ideal weight.

Before diving in to this weight-loss plan, you’ll need to determine whether the Dukan diet’s rules fit your lifestyle, and understand the pros and cons. Check out the plan’s advantages — and strict requirements — below.

What is the Dukan diet?

The Dukan diet is a weight-loss plan based on eating high-protein, low-carbohydrate meals. Dr. Dukan founded it in the 1970s while treating an obese patient who wanted to lose weight without giving up meat. The book has sold more than 3.5 million copies in French since its debut in 2000, and it has also been published in more than a dozen languages.

The Dukan diet’s plusses include not needing to track your calories (that’s right — no math!), watch your portion sizes, or skip meals. Instead, you’ll follow a four-phase approach described below that Dr. Dukan says will help you lose weight and keep it off for life, making it a longevity diet for those not faint-of-heart. You can choose from more than 100 options on the Dukan diet list of foods. Despite its popularity, the diet has received some criticism. Negative Dukan diet reviews claim the eating plan is too restrictive, lacks scientific evidence, and may damage the kidneys, as we’ll discuss below.

The Dukan diet involves four phases that promise to help you reach your ideal body weight and stay there for the long term. Before starting, you’ll calculate your “true weight” based on your age, weight-loss history, and body-frame size, using specific instructions detailed in the book.

Then, you’ll move through the plan’s four phases, all of which include a daily supplement of oat bran. You’ll follow additional Dukan diet rules depending on which phase you’ve reached. During the beginning “Attack” phase, you’ll choose from 68 high-protein foods to help you shed pounds quickly. This stage lasts up to one week and may help you lose between two to eight pounds.

You’ll then spend one to 12 months in the second “Cruise” phase, which adds 32 vegetables to the Attack phase’s protein-rich diet. According to the Dukan diet rules, your diet will alternate between pure protein one day and a mix of protein and vegetables the next day, in an effort to help you lose 2 pounds during each week of this stage.

The third phase allows you to add fruits, starches, whole grains, and cheese to the Dukan diet menu. The goal of this “Consolidation” phase is to help you avoid rebounding on your weight loss by letting you eat previously forbidden foods in limited quantities — along with two “celebration” meals each week. You’ll continue on an all-protein diet one day each week. This phase’s length depends on how much weight you lost in the cruise phase.

Finally, you’ll enter the “Stabilization” phase, during which you can reintroduce all kinds of foods to your diet. Then, in the future, you’ll follow these nonnegotiable Dukan diet rules:

The stabilization phase aims to help you maintain your true weight for the rest of your life. 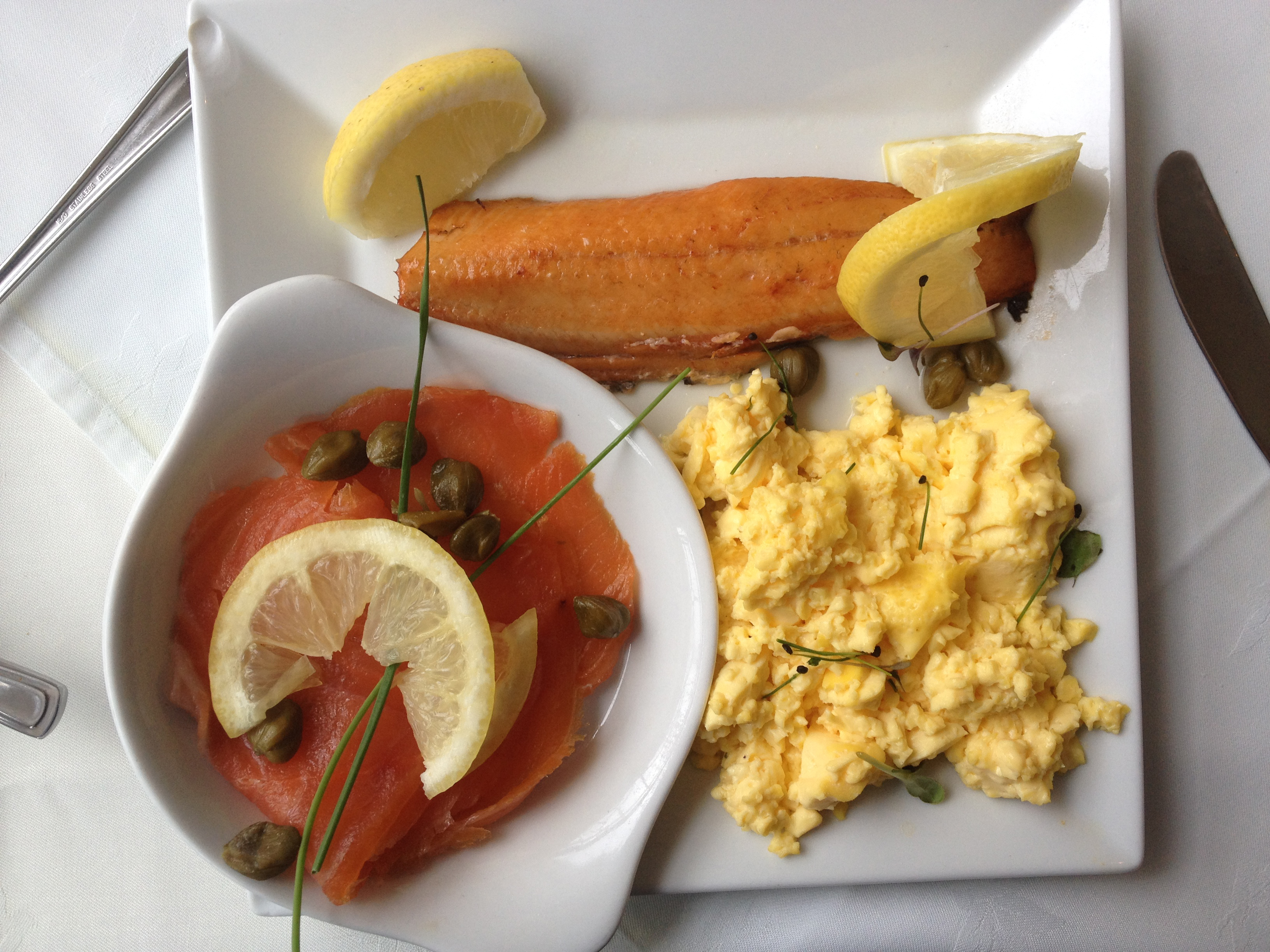 The Dukan diet menu varies depending on what you enjoy eating and what phase you’re working on. Each day on the Dukan diet will include some protein and 1.5 to 3 Tbsp. of oat bran.

Here’s a Dukan diet planner to help guide your meals during the secondary Cruise phase, which includes several restrictions and can last up to a year:

Breakfast: Try scrambled eggs made with a splash of milk and smoked salmon. This meal jump-starts your day with a protein punch that will keep you full until lunch.

Lunch: Spinach and kale salad with artichokes, shredded carrots, radishes, tomatoes, and chicken breast won’t feel like a diet meal at all. The salad allows you to take advantage of the nutrients available from this phase’s 32 vegetable choices.

Dessert: Yummy hibiscus custard made with fat-free milk, hibiscus tea, artificial sweetener, an egg, and cornstarch tops off any meal perfectly. The Dukan diet’s rules allow up to one tablespoon of cornstarch daily. 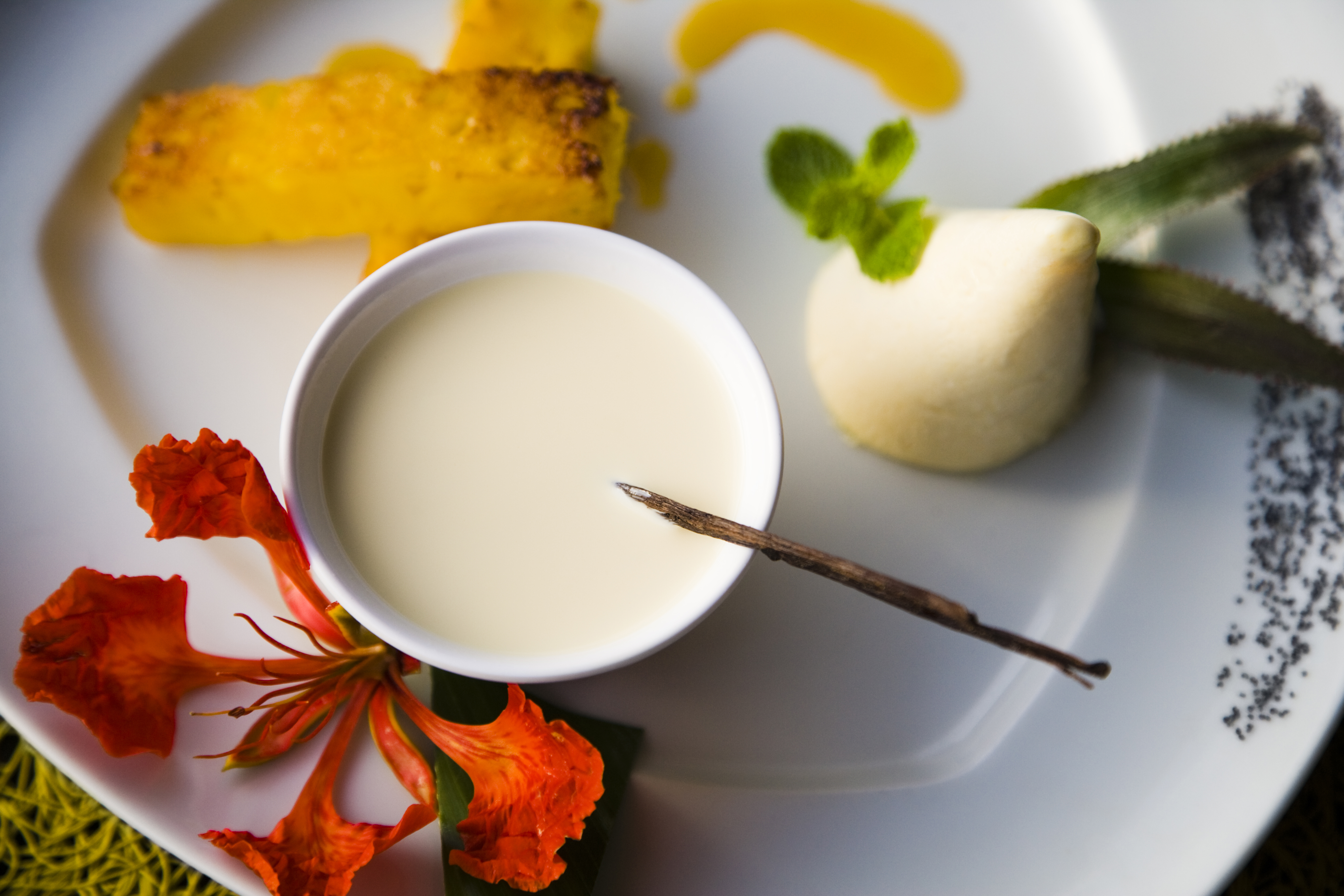 Drinks: You can still get that caffeine fix with coffee and diet soda, which are permitted as long as they don’t contain sugar.

How does the Dukan diet work?

The Dukan diet lets you jump-start weight loss by limiting food choices to protein and some vegetables, then stay slim by committing to the diet’s strategy for life.

“Some of the pros are that it keeps lean protein and dairy in the diet, and in phase two, adds most vegetables back in,” says Amy Goodson, a registered dietitian in Dallas. “The Dukan diet also includes oat bran, which is a good source of soluble fiber in the diet.” However, cutting out major food groups for extended periods of time may not be the healthiest way to lose weight, advises Goodson.

“Anytime you take out whole food groups, like the Dukan diet does in phases one and two, you remove the main nutrients that [particular] food group provides. In addition, people are likely to suffer from low blood sugar in phase one and possibly two, which can cause dizziness, light-headedness, and lack of focus,” says Goodson. “People might lose weight on the Dukan diet, but just because someone loses weight does not mean what they’re doing is good for them,” she adds.

While the Dukan diet makes weight loss simple through a no-calorie-counting approach, it may not ultimately give you the long-term health benefits that you hope for. “Discipline to a nutrient-rich diet at the proper calorie range for a specific individual [along with] exercise is where long-term results are seen and maintained,” says Goodson. 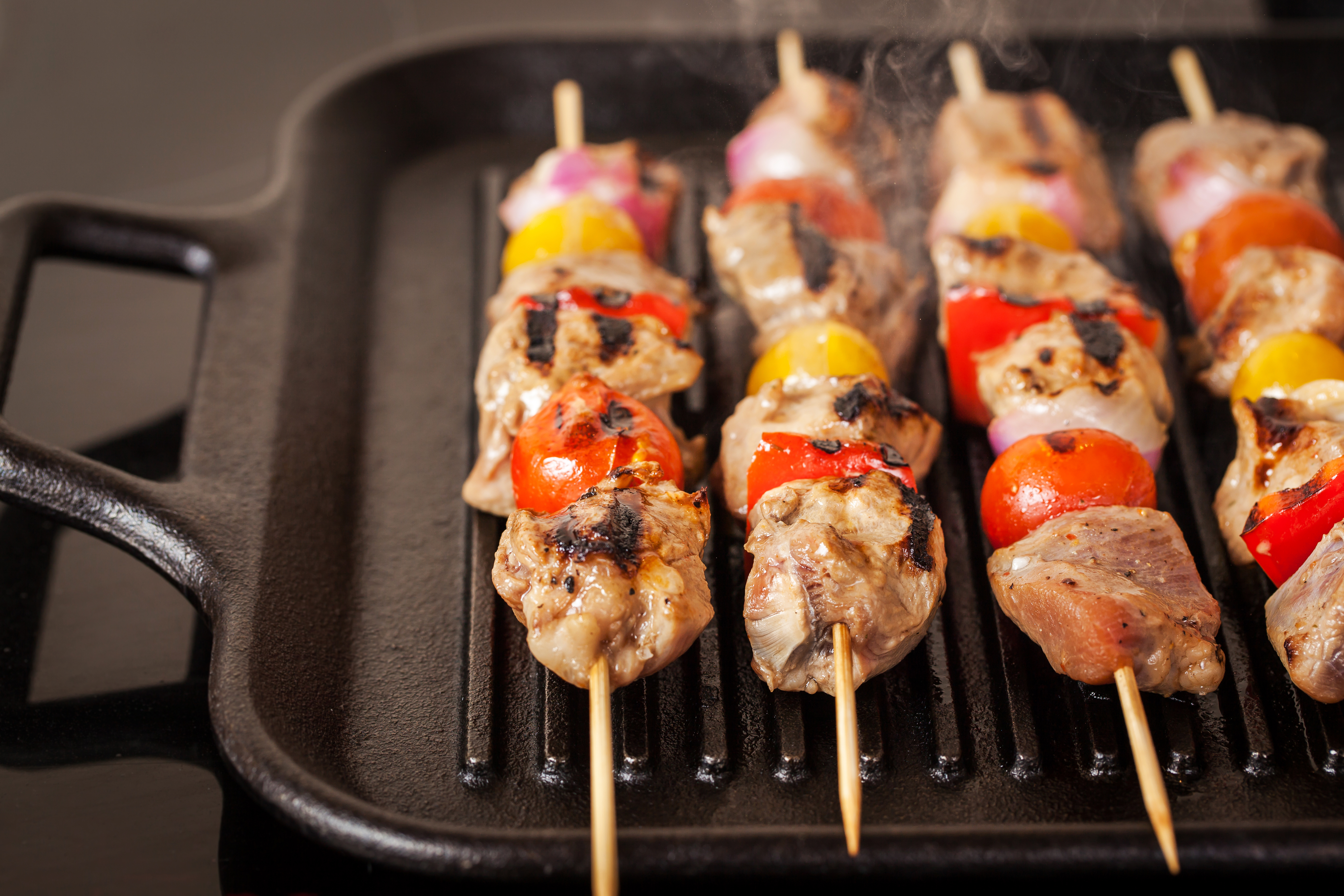 Dr. Dukan reports that diet results have varied, depending on each person’s body and how closely he or she adheres to the rules. People have reported losing anywhere from 30 to 130 pounds, according to the Dukan website.

Take a look at these Dukan diet before-and-after photos, which can give you a sense of how some people have slimmed down with this plan. For example, Irene D. lost 105 pounds. Jessica W. dropped down to a size 2 from a size 8. And Joanna D. lost 46 pounds in three months on the Dukan diet. Individual results may vary. Note: You should always consult a doctor before starting any weight-loss plan.

A vegan or vegetarian would find it difficult to get the nutrients required to stay healthy during the early stages of the Dukan diet, Goodson indicates. Because the majority of the Dukan diet’s foods in the early phases are animal-based proteins, vegetarians would face limited choices for protein.

“It would be hard to be a vegan on the Dukan diet — the only foods they can eat in phase one are tofu, tempeh, or seitan, as [the plan] removes grains, beans and nuts, which are staples in vegetarian and vegan eating. If a vegetarian eats eggs and dairy, then phase one would be a little easier, but still a challenge,” says Goodson.

Goodson notes that while the third and fourth phases introduce a wider variety of acceptable foods, a vegetarian who skips the first half of the Dukan diet plan entirely might not achieve the same weight loss as a meat eater who goes through each phase.

This article was written by Joni Sweet.

The List of This Year’s Best Diets Has Been Released

Eat Walnuts and Lose a Pound a Day