Hooray! Happy news for former shelter pups Hank and Gigi (originally named Hansel and Gretel), who were placed in the Mahoning County Dog Warden in Youngstown, Ohio, last March. During their time in the kennel, the pups refused to sleep on separate beds, opting to snuggle instead. And now, Hank and Gigi have been adopted — together! — and will never have to worry about sleeping separately again. 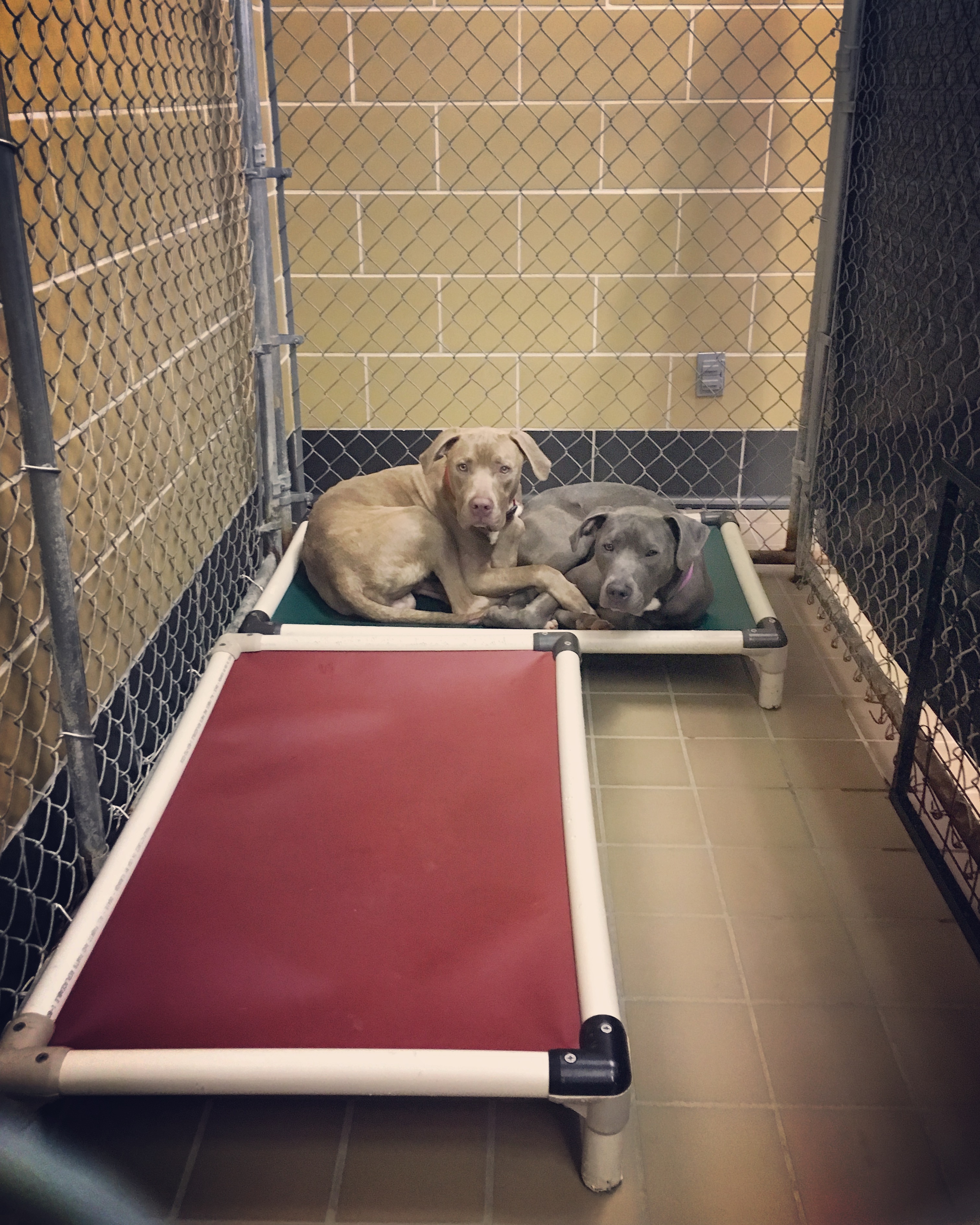 The two had been on the streets for weeks before Rick Tunison, the kennel’s manager, found them together and was able to convince Hank to climb into his van with a fresh can of dog food. Gigi, however wasn’t so easily coaxed. But the thought of losing Hank must have sparked her interest.

“She jumped in the van and lay right next to him,” Tunison told The Dodo.

Once Tunison was able to get the pair back to the shelter, workers attempted to keep them in separate kennels (for safety reasons). But they weren’t having it.

“They kept busting through doors,” Tunison said. “They wanted to be together.”

The shelter workers eventually gave up and let the pups stay in one kennel. They also began walking the dogs together. Gradually, they began to realize that these dogs needed to stay together for the long haul, even though successfully finding a forever home for a pair of dogs would be a lot harder than finding a home for just one.

“There was no way I wanted to see them separated,” Tunison said.

Shortly after their arrival, shelter worker Devon Carr posted a Facebook photo of the sweetly attached pups online — and the emails started pouring in.

Just one month after their rescue, a woman named Rachel Harris gave both Hank and Gigi their forever home. Even though Harris lives in Dallas, Texas, she was able to persuade the shelter workers that she would be the perfect dog mom to Hank and Gigi — and even had a few friends who work in animal rescue vouch for her.

“I had to have them,” Harris told The Dodo.

It sounds like this new family is bonding well: Harris described Hank and Gigi as sweet, curious, and smart and said they “kiss everyone who comes in. They could be sound asleep, I get up and they wake up and follow me wherever I’m going. They are on me all the time,” she said.

What a sweet story! If you’re interested in keeping up with Hank and Gigi, Harris has created an Instagram account dedicated to their rescue and so fans can follow their happy years ahead. How adorable!