At the Philadelphia Zoo, Stella and Gus the giraffes welcomed a boy on June 10, and he’s all kinds of cute. At 5-foot-7, Beau the not-so-little baby giraffe is taller than the average adult woman. (We’d bet his head is level with some of his caretakers.) Fortunately for us, Beau’s size means there’s just more of him to love!

Beau is 17-year-old Stella and 12-year-old Gus’ second child; their firstborn Abigail is now seven years old. Mom and Baby are doing well, according to a press release from the zoo. Giraffes are pregnant for 14 months (and you thought your pregnancy was rough), so if we were Stella, we’d just be glad Beau is out now. Gus will say goodbye to Beau for a little bit because male giraffes don’t take part in the child-rearing process — but he’ll be back once Beau is a bit older. 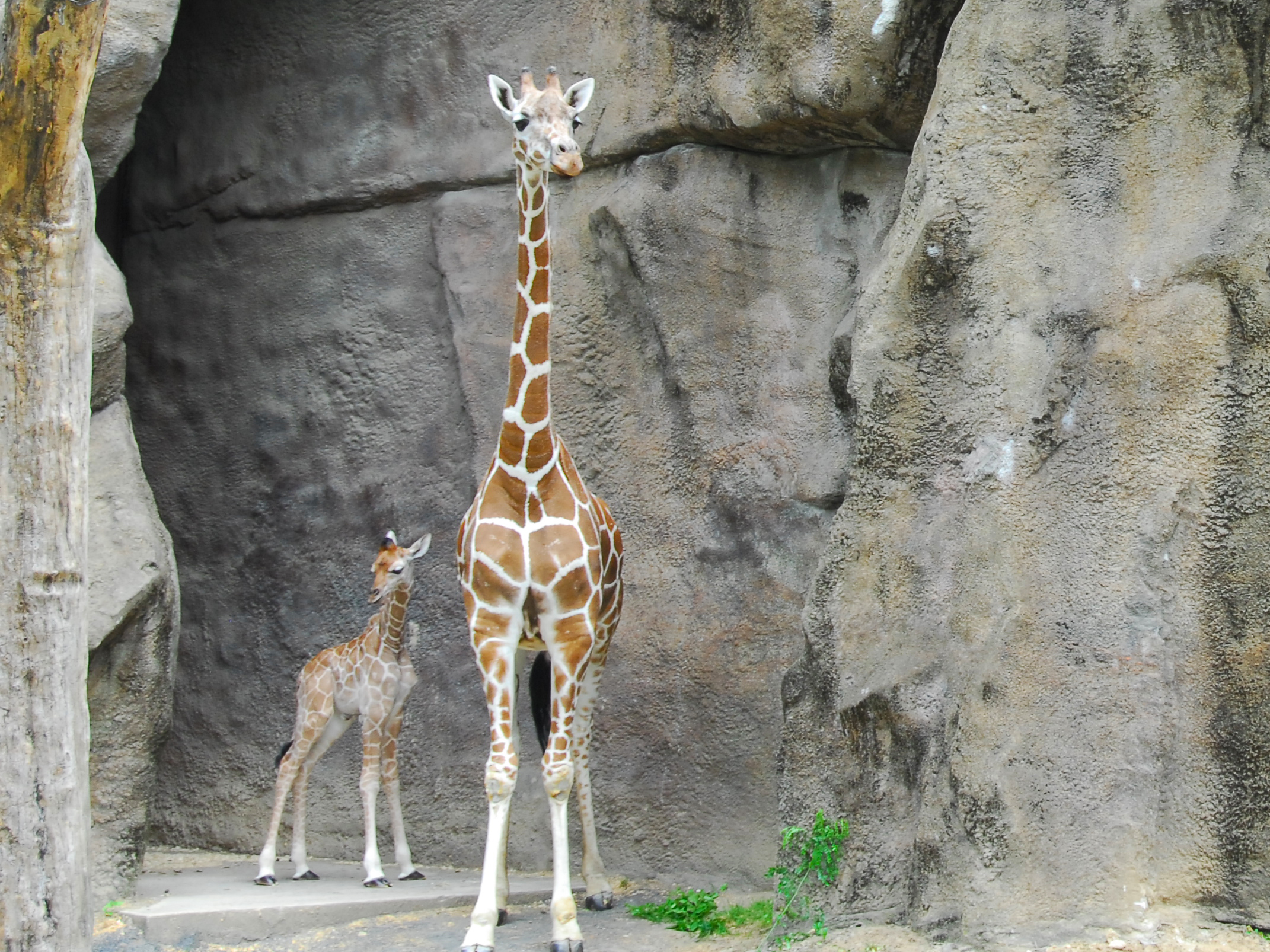 “We’ve been looking forward to a giraffe birth for more than a year,” Andy Baker, PhD, the zoo’s chief operating officer, said. “The giraffe is one of the most iconic animals in the world, and unfortunately now among the threatened.”

Giraffe babies can weigh between 100 and 150 pounds at birth. Beau hasn’t been weighed yet, but one thing’s for sure: He’s a big boy! Eventually, Beau may reach a height of 18 feet and weigh 3,000 pounds. But for now, while he can still rely on Mom for everything, he’ll nurse for a few months before transitioning to a herbivorous diet. Leaves, tree branches, and twigs that local electric company PECO cuts down around power lines are given to the zoo to supplement the animals’ diets. How neat!

The International Union for Conservation of Nature (IUCN) considers giraffes vulnerable; scientists estimate there are fewer than 100,000 left in the wild. Poaching and habitat loss are huge factors in giraffes’ dwindling numbers. At the Philadelphia Zoo, Stella and Gus are doing their part to help grow the species. The family of three just became a group of four, but is it too early to wish for a party of five?