Meet Henry, a handsome stud with dark eyes, a kind heart, and a big wet nose. He’s on the market for love and is looking for that special someone on the popular dating app Tinder.

In case you couldn’t tell from his description, Henry is a dog. But he’s not just any old dog, he is a shelter dog who lives in Columbus, Georgia, at Animal Ark Rescue — a no-kill shelter where he’s been staying for the past three years. 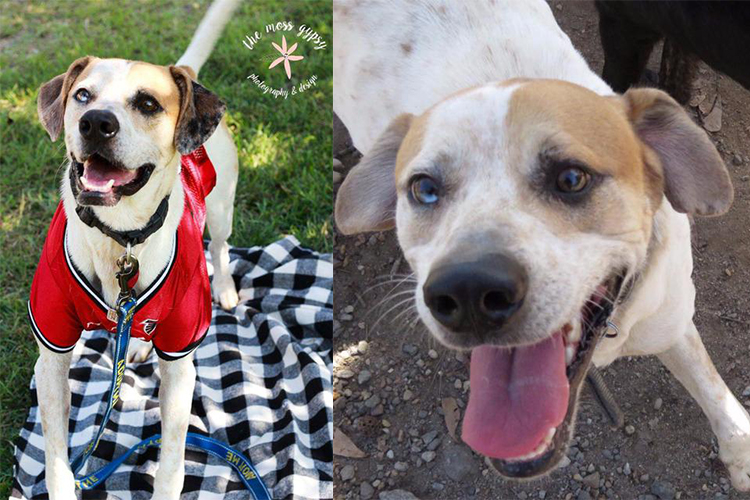 Shelter worker Miranda Morrison thought it would be fun to create Henry a Tinder profile in hopes of finding Henry a forever home.

“He is my favorite dog at the shelter,” Morrison told TODAY. 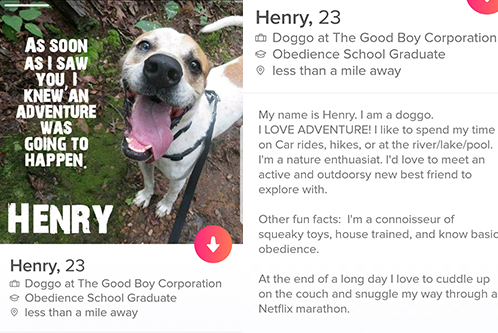 From his “dating profile,” Henry seems to be quite the find. He loves people and other dogs, lives for car rides, and isn’t afraid to jump in the water for a swim. He also “loves to get out and go on adventures. After a long day, he is content to cuddle up on the couch and watch TV and snuggle with you,” Morrison added.

Morrison not only created the perfect profile for Henry, but she’s also come up with the perfect first date: He’d be picked up at the shelter to go on an adventurous car ride, then his date would take him for a long walk or a brisk hike (with a break for swimming, of course). Henry and his date would then get lunch on a patio, dining on chicken nuggets or sweet potato fries.

“Then home to a cozy couch for a little living room fetch with a squeaky plush toy, followed by a Netflix marathon, and [a] snuggle fest before dozing off into a cozy slumber,” Morrison said.

That does sound like the perfect date, doesn’t it? Who could say no to a cutie like Henry? Oh, and the best part: The Animal Ark Shelter allows potential owners to take shelter dogs on “field trips,” so you can actually spend some time with your pooch-to-be before anything is set in stone.

Despite Morrison’s efforts, Henry still hasn’t found that special someone to take care of him. But Morrison said she’s staying optimistic.

“I know Henry deserves true and unwavering unconditional love for the rest of his life. He leaves paw prints on the hearts of those he loves,” she said. “Does Henry sound like the hound for you?”