Be careful while you’re spring cleaning this season, because you may end up with a surprise visitor! That’s exactly what happened to one unsuspecting woman from Buckinghamshire, England. The woman, who remains unnamed, was bagging up old toys in her garage when she noticed one of the bags moving. Startled, she opened up the bag to find two adorable eyes peering out from a mound of teddy bears. To her surprise, those cute little eyes belonged to a two-year-old ferret. 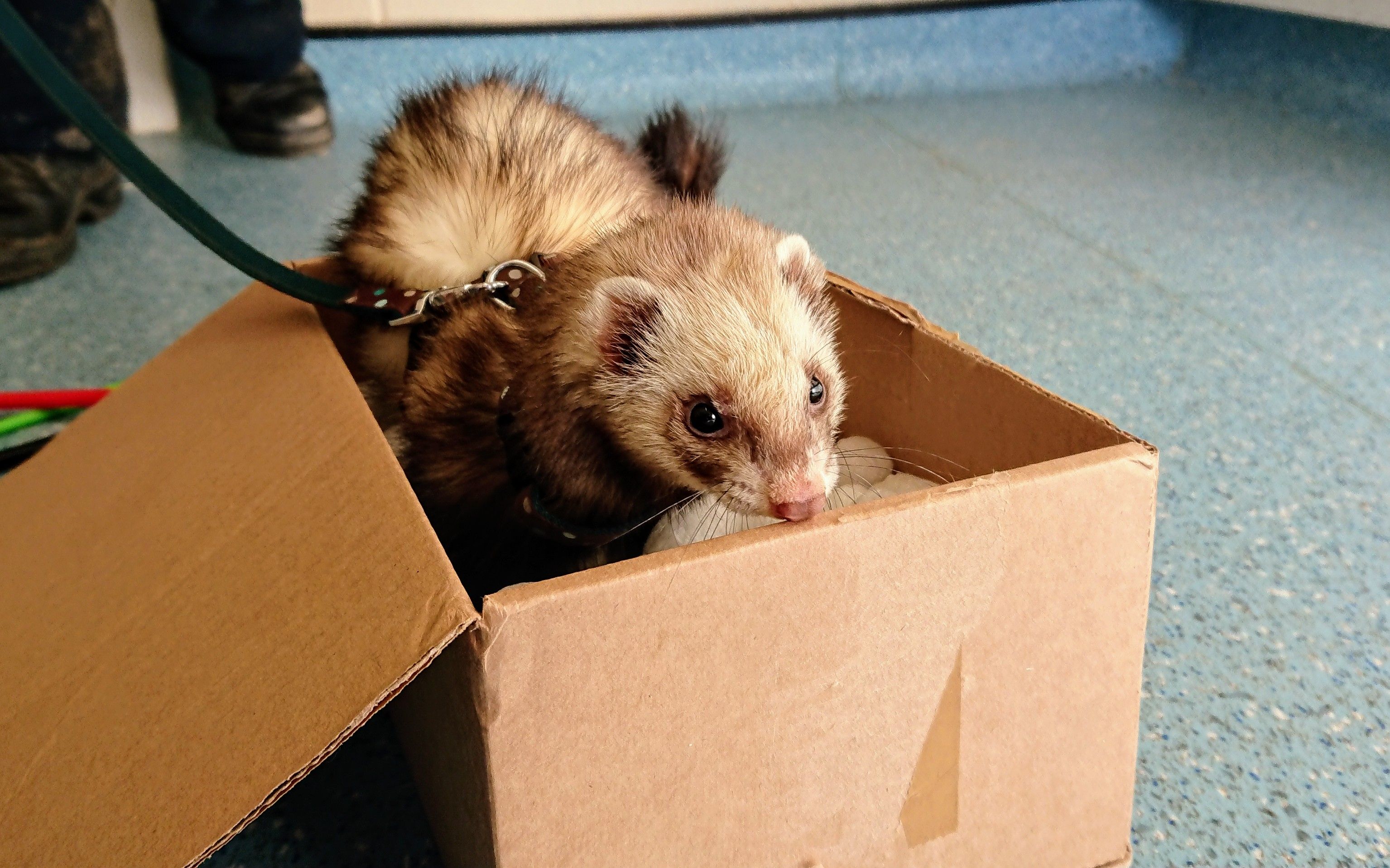 Confused as to how a ferret could have ended up in her garage, the lady decided to call the Royal Society for the Prevention of Cruelty to Animals(RSPCA) for help. Almost immediately, Kristie Gillard, an RSPCA animal collection officer, came to the woman’s house to take the little ferret — whom Gillard decided to name Honey — to a place where she’d be happy and safe. 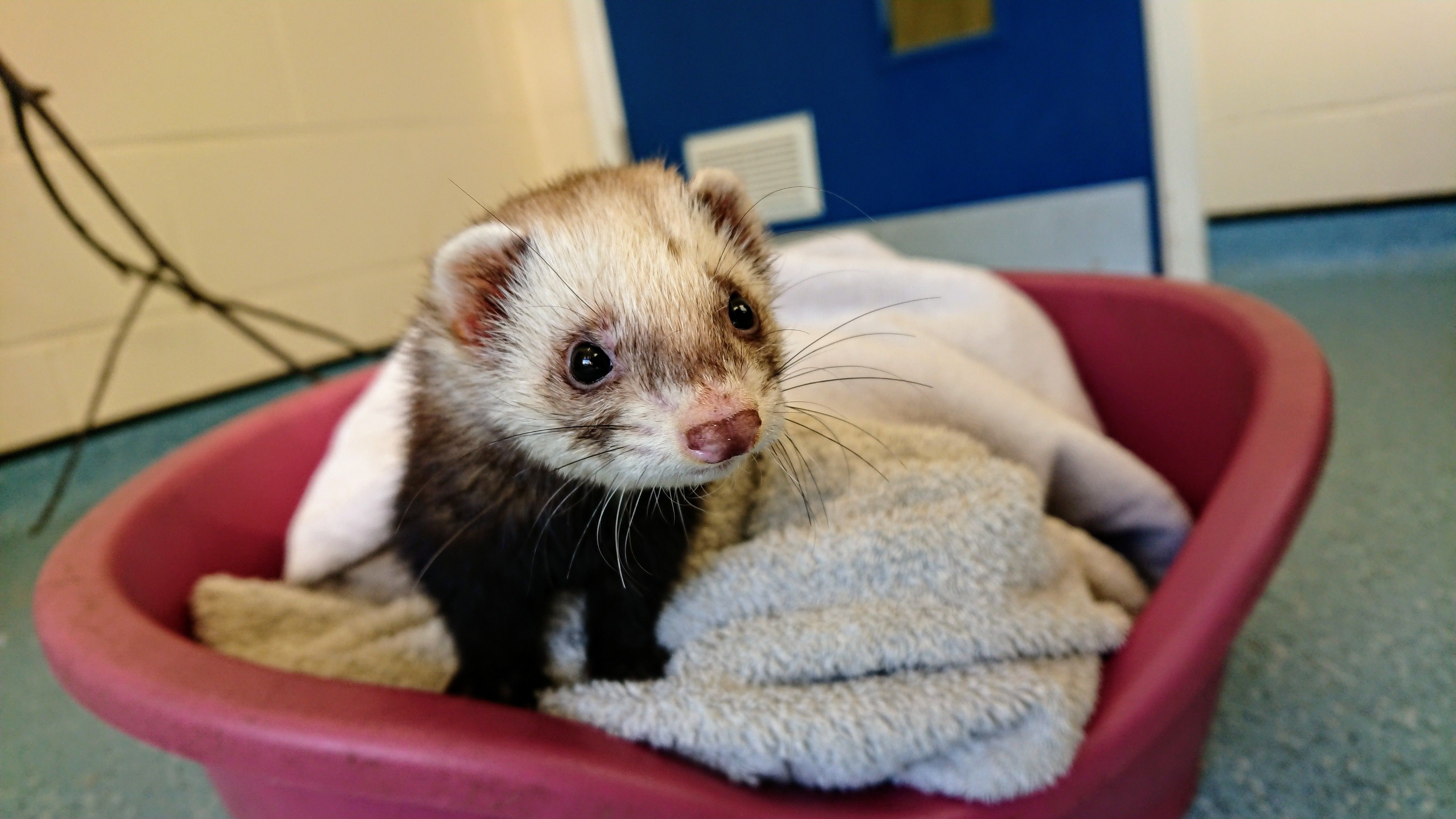 “I think the member of the public who found her had quite a shock when her little face poked out between the teddies,” Gillard said in a press release. “Poor Honey had obviously wanted to find somewhere nice and warm.”

Honey was rescued and taken in by the RSPCA’s Blackberry Farm Animal Center, where she was thoroughly looked over. Despite being slightly underweight, the RSPCA found that Honey was in good health. 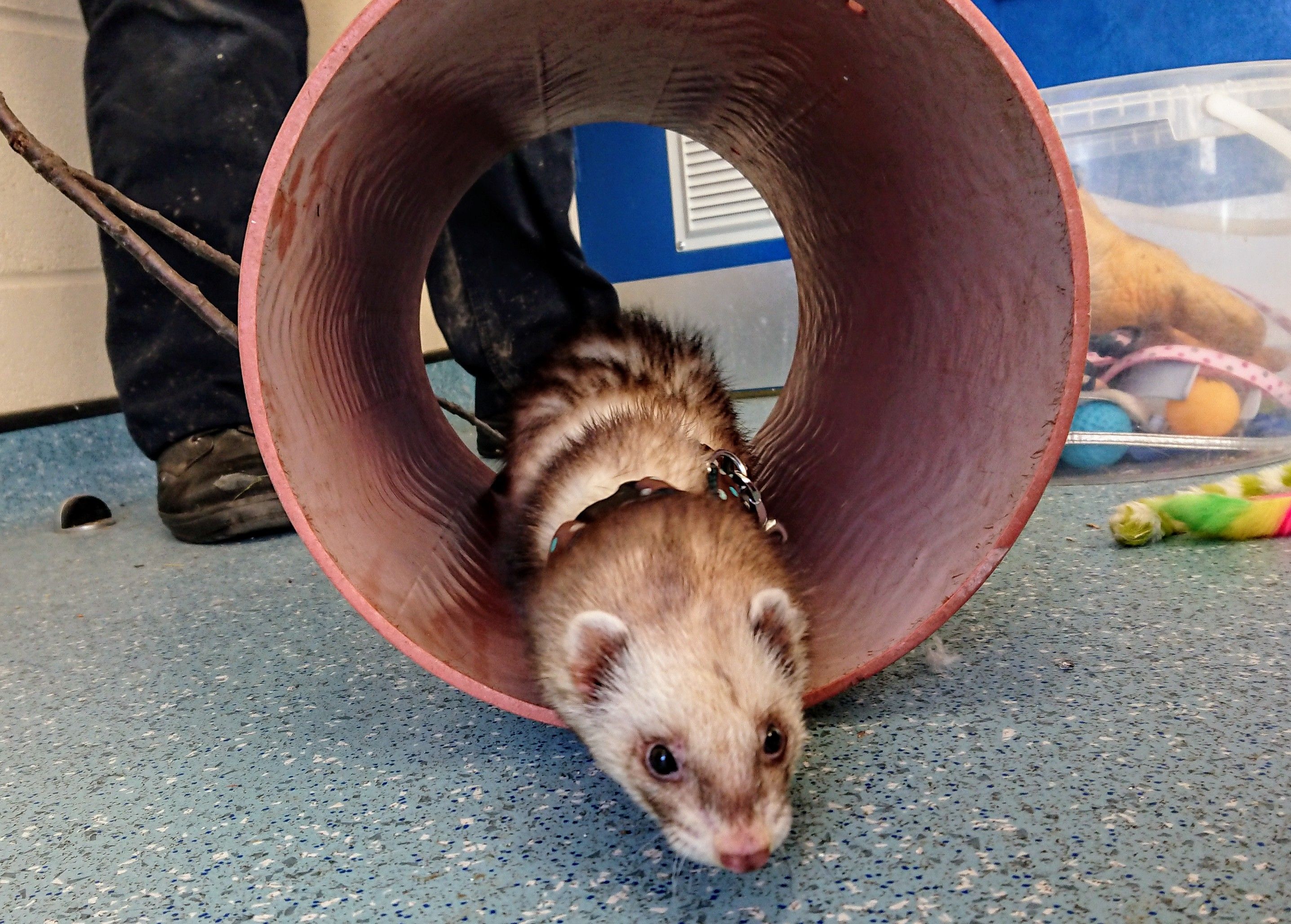 In hopes of helping Honey feel more comfortable, the staff at Blackberry Farm Animal Center gifted her with her very own box of teddy bears to lay in. Clearly, sweet Honey was absolutely delighted by the staff’s gesture! 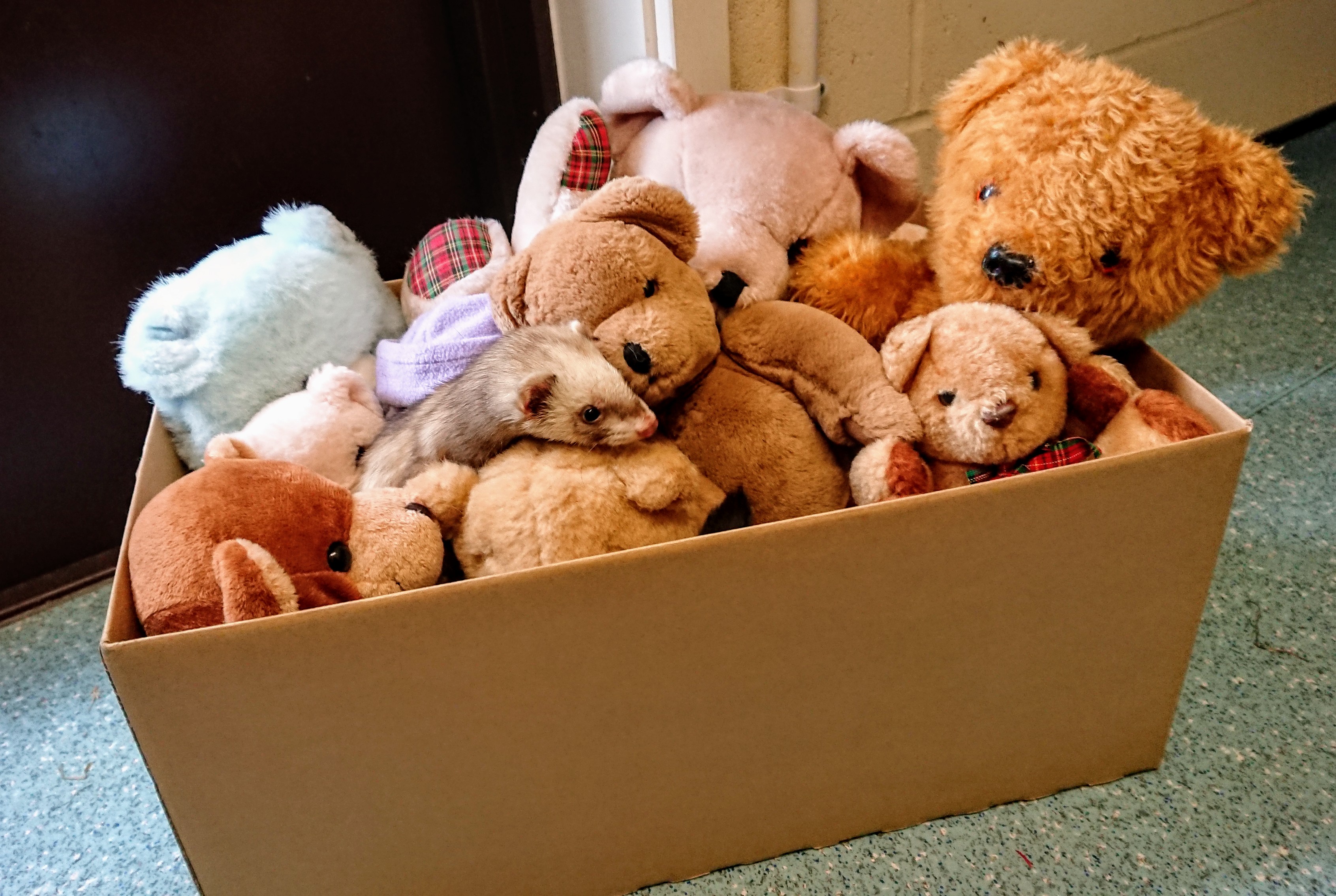 “We don’t know if she was abandoned or if she escaped but she had no microchip and no owner was ever traced,” Gillard said.

Now, Gillard and her staff are on the hunt to find the unique animal a nice forever family. Although it will take Honey a little bit of time to get used to interacting with people, the shelter is confident she’ll do just fine when the time comes. She just needs a loving family — and a place for all of her teddy bear friends.

Found Shivering in the Rain by a Dumpster, Olive the Pup Is Thriving Today