Congratulations are in order to one furry mama… of eight! A cheetah has given birth to eight cubs at the Saint Louis Zoo on November 26, 2017, in St. Louis, Missouri. Although adult cheetahs might be ferocious carnivores, cheetah cubs are the cutest cats we’ve ever seen — just take a look! 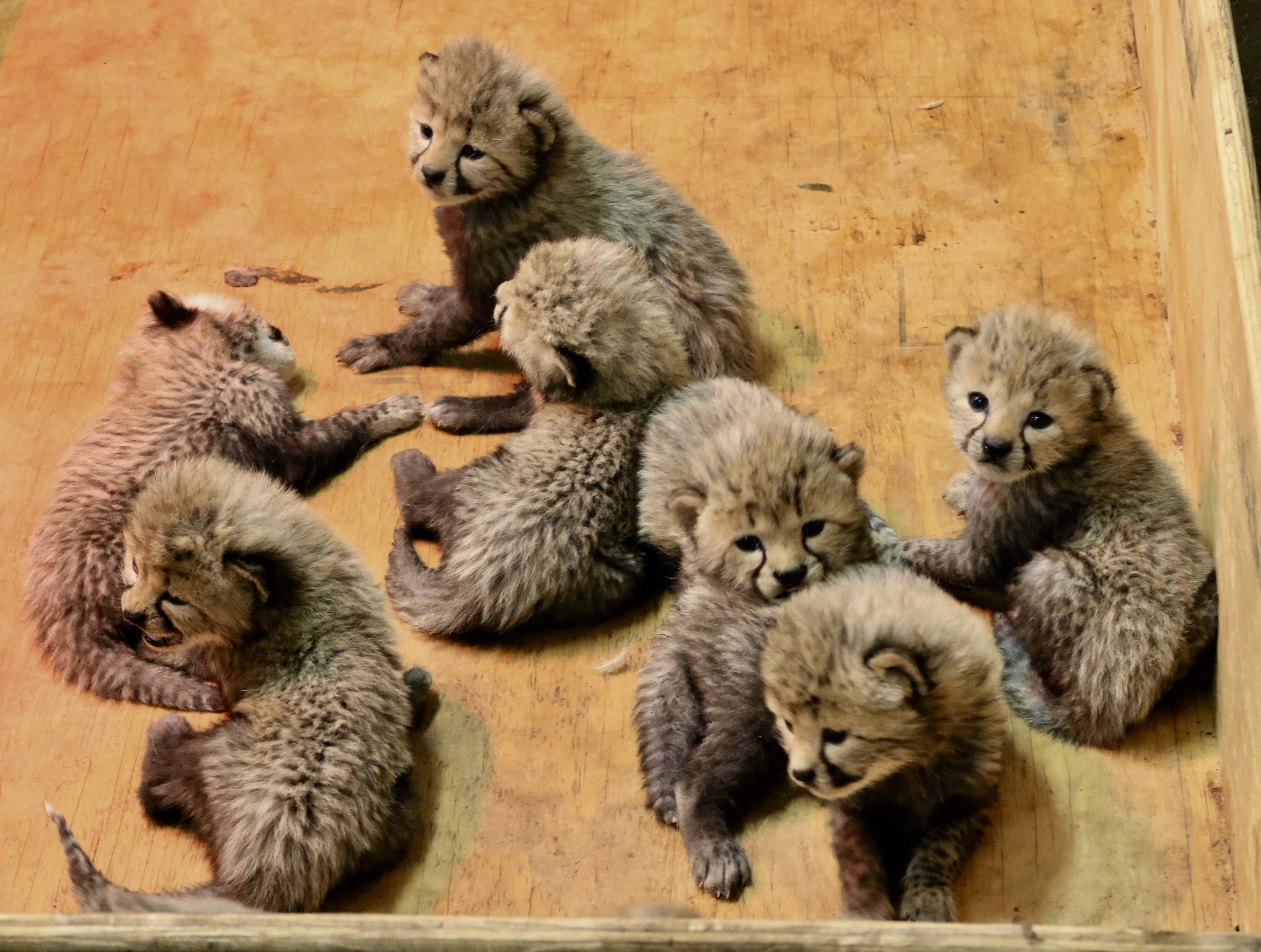 According to a release by the Saint Louis Zoo, this is the first time in the zoo’s history a cheetah has given birth to eight cubs. What’s even more incredible: In more than 430 litters documented by the Association of Zoos and Aquariums, this is the first time a cheetah has birthed eight cubs at a zoo — ever! An average litter size is three to four cubs, according to the zoo.

The mother of the octuplets is 4-year-old Bingwa, which means “champion” in Swahili. The care team at the zoo says she has been an “exemplary” mother. “She has quickly become adept at caring for her very large litter of cubs — grooming, nursing and caring for them attentively,” says Steve Bircher, curator of mammals and carnivores at the zoo. 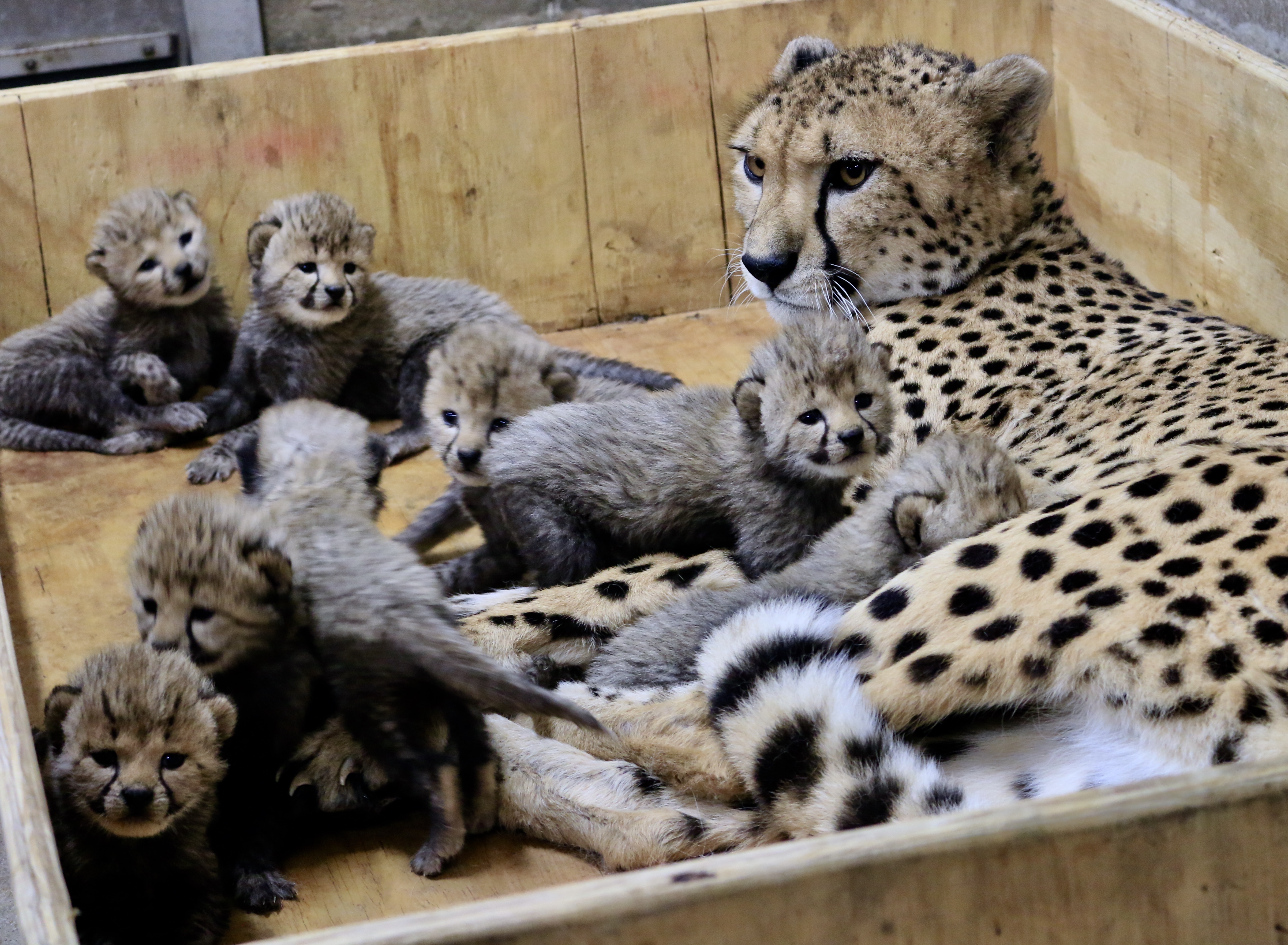 The father of the litter is 9-year-old cheetah Jason. Both mom and dad are actually on loan from other zoos — Bingwa is from Wildlife Safari in Winston, Oregon, and Jason is from White Oak Conservation in Yulee, Florida. The cheetahs were bred by recommendation of the AZA Cheetah Species Survival Plan (SSP), which is a program to control the cheetah population in North American zoos.” These handsome cats add genetic diversity to the North American Cheetah SSP population,” Bircher says. 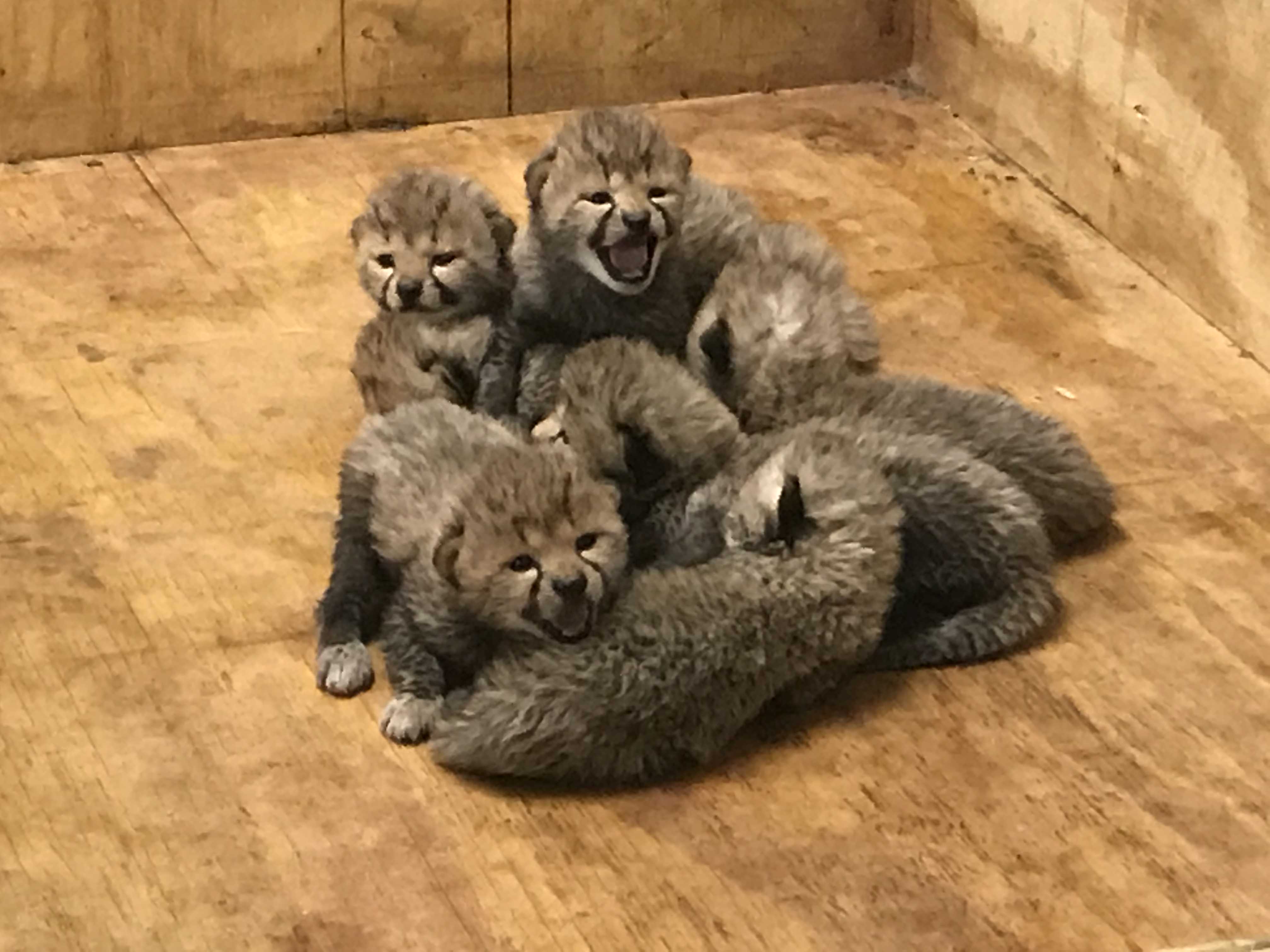 These cheetah cubs aren’t just furry little balls of cuteness; they’re an important addition to the world’s wildlife population. In December 2017, researchers with the National Geographic Society’s Big Cats Initiative published a study that strongly urged the International Union for Conservation of Nature to consider cheetahs “endangered.” (They’re currently listed as “vulnerable.”) “The main causes of cheetah decline are human-cheetah conflict, interspecific competition and lack of genetic diversity,” according to the zoo’s statement. 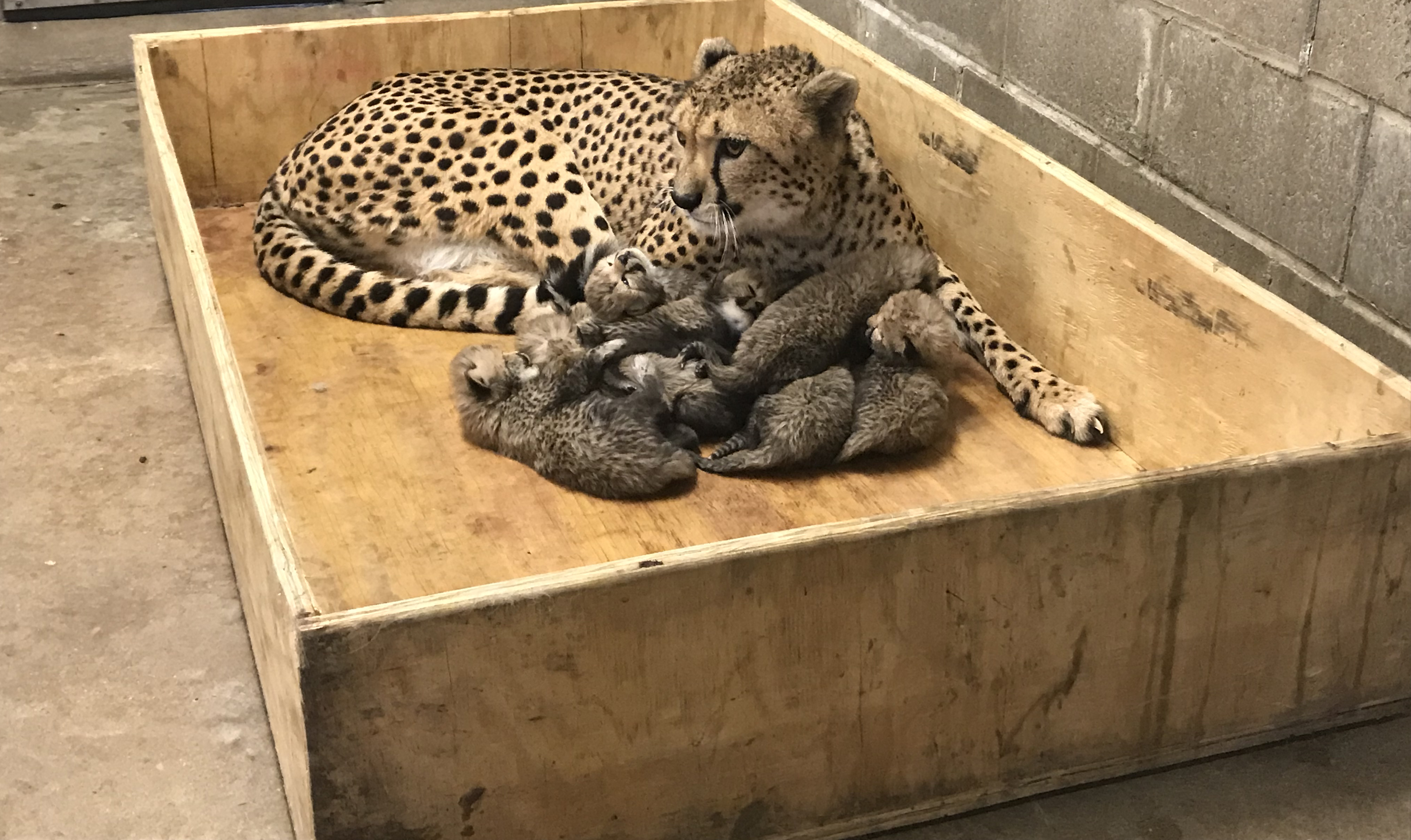 If you’re ready to pack your bags and head to Missouri to see the proud mama and her cubs, you’ll have to wait. For now, Bingwa and her babies are in a private maternity den as “the first few months of life are critical for newborn cheetahs.”

For now, you can watch this video of the cheetahs playing. They’re purr-fect!

Photos of Newborn Sloth Are the Cuteness We Deserve

Neglected Dog With Severe Mange Gets a Second Chance