Rest in peace, Sheila Farebrother. Elton John’s mother sadly died on Monday, December 4, the music sensation announced via Instagram alongside a photo of the two.

“So sad to say that my mother passed away this morning. I only saw her last Monday and I am in shock. Travel safe Mum. Thank you for everything. I will miss you so much. Love, Elton,” the 70-year-old wrote on the social media platform. Her cause of death has not been shared at this time.

So sad to say that my mother passed away this morning. I only saw her last Monday and I am in shock. Travel safe Mum. Thank-you for everything. I will miss you so much. Love, Elton

This news comes months after the two reconciled after years of not speaking to one another. Elton proved that they made up in May with a sweet Mother’s Day shout-out. “Dear Mum, Happy Mother’s Day! So happy we are back in touch. Love, Elton xo #MothersDay,” he wrote at the time.

This came after a 2016 interview of his where he announced that they were in contact again. “Out of respect for my mother’s privacy, I have always shied away from speaking publicly about our relationship,” he told The Mirror. “However, I can say that we are now back in touch and have been so since my mother’s 90th birthday.” 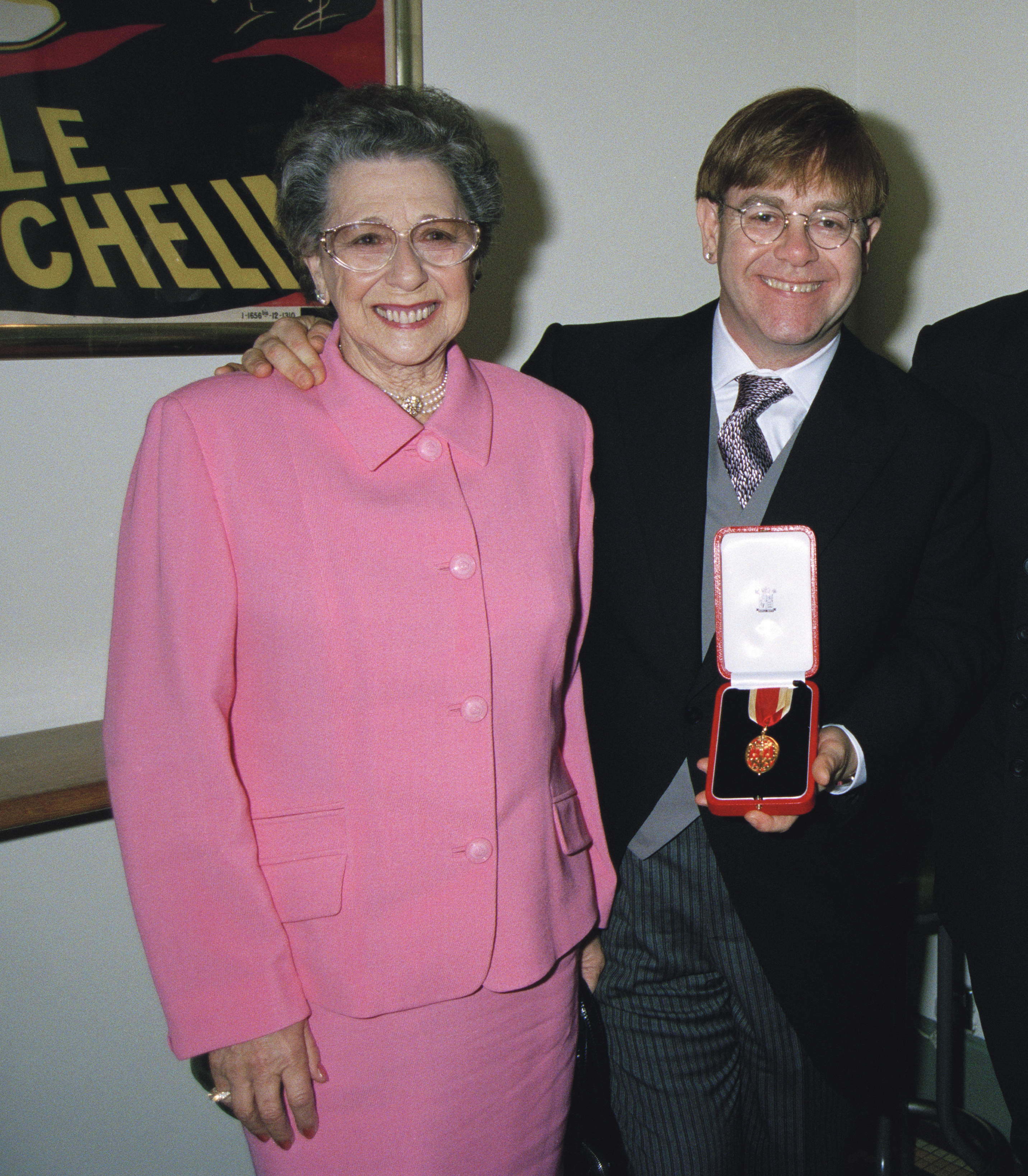 The two apparently hadn’t spoken since 2008 because Sheila refused to cut ties with two of her son’s oldest friends, Bob Halley and John Reid, after Elton had a falling out with them. “I told him, ‘I’m not about to do that and drop them. Bob is like a son to me. He has always been marvelous to me and he lives nearby and keeps an eye on me,'” Sheila recalled of her conversation with Elton during a 2015 interview with Daily Mail. “Then to my utter amazement, he told me he hated me. And he then banged the phone down. Imagine! To me, his mother!”

At that time, she revealed she was “used to” not speaking to the “Rocket Man” singer. “It’s seven years now in June. But you know, I’ve got used to it. And it was all so stupid — so petty,” she said. We’re just glad they made up before her passing — and our thoughts are with Elton, his family, and friends during this difficult time.