This tornado was no match for a mother’s love. That’s what mom Amanda Stockfelt learned when she realized the horrible storm was heading right toward her–and her beloved two-month-old daughter Autumn.

Stockfelt and her baby were with a co-worker in the metal trailer where they worked in New Orleans when the tornado approached them. All three of them took cover under a desk, but the 35-year-old mama knew she had to act fast if she wanted to protect her tiny girl.

“All I could think of was to put my daughter back in her car seat, to strap her in,” Stockfelt said. “I shoved her underneath my work desk and I got underneath it with her.”

Then, they were lifted up by the storm. And she hung on to the car seat handle for dear life.

MUST-SEE: When New Mom’s Home Caught Fire, She Made the Ultimate Sacrifice 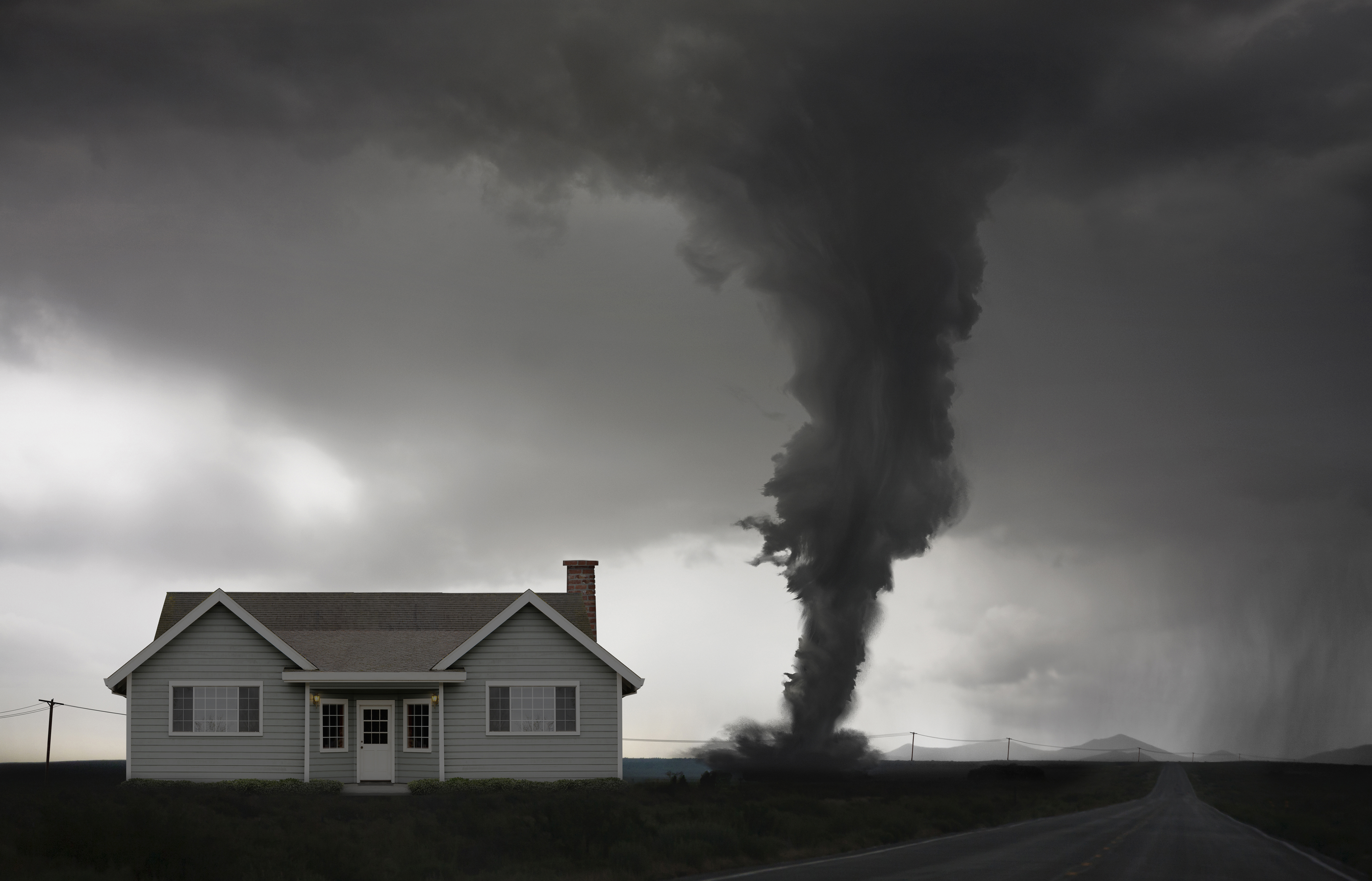 “All I could think of when we were in the tornado is, ‘Don’t let go,'” Stockfelt said of the harrowing experience. “I never let go because I was afraid if I let go, it was going to take her and I’d never find her.”

Stockfelt described their survival as a miracle, especially since she feared her little girl wouldn’t make it after they finally returned to the ground after being airborne.

“I thought she was dead,” Stockfelt said. “She wasn’t crying and at first her eyes were closed because of the dirt and the rain.”

As it turned out, after both of them were treated at the hospital, doctors thought Autumn wasn’t crying because she was in shock because of the storm.

In terms of injuries, Stockfelt has some bruises on her left side, and her daughter has a bruise on her head and a scratch on her arm.

MUST-SEE: When the Orlando Gunman Threatened Her Son, This 49-Year-Old Mom Did the Unthinkable

“We lived and I’m able to tell you our story,” she said. “I don’t know, obviously, God has a plan for me and my daughter because other than by God’s grace, we shouldn’t be here.”

NEXT: See celebrities as babies in their mothers’ arms in the heartwarming photos below.