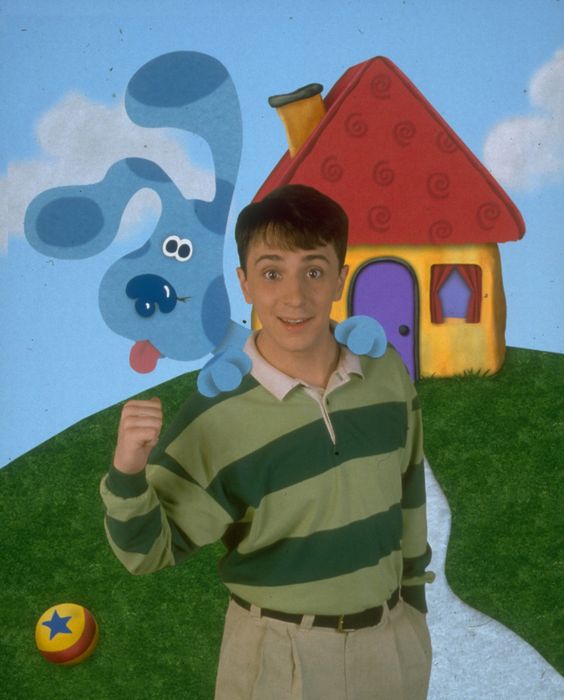 Nickelodeon’s beloved kids show Blues Clues is best remembered for Blue, the show’s namesake, and host Steve Burns. Sadly, Steve left the show in 2002, and since then people have been curious about what he’s been up to.

Steve’s character on Blues Clues was sent to college during the final episode, and Joe, played by Donovan Patton, replaced him. After his departure, rumors swirled that Steve had actually died. In fact, so many people believed that he was dead that his mother apparently called him just to make sure he was OK.

But Steve is very much alive and well. In 2003, shortly after departing the show, he said in an interview on The Today Show that he left because he wanted to pursue his music career. He did release an album that year titled, Songs for Dustmites, and has since released two more albums.

MUST-SEE: When Her College-Bound Son Was Sad to Leave His Dog Behind, Bold Mom Had a Big Surprise For Him

Another reason for leaving the show was that Steve felt “pressure being someone kids looked up to and he didn’t want to just do children’s TV his whole life.”The show’s co-creator, Traci Paige, said essentially the same thing. “He loved kids, but he didn’t want to make a career out of it.”

Perhaps the most immediate reason for leaving was that Steve was balding during the show. To celebrate the 10-year anniversary, Nickelodeon filmed Behind the Clues: 10 Years with Blue, and Steve made this confession: “I knew I wasn’t going to be doing children’s television all my life. Mostly because I refused to lose my hair on a kids TV show, and it was happening fast.”

This winsome, simpering selfie is lying to you. #notphotoshopped #oldschoolsfx #deceit

Today, he is still making music. He has acted in a few TV shows and movies but nothing that has reached the same level of recognition as Blues Clues. In fact, most people don’t recognize him as Steve from Blues Clues anymore, and it takes some convincing on his part.

NEXT: See your favorite kids stars then and now!