When Jaclyn Smith jumped onto TV screens everywhere as private investigator Kelly Garrett, she excited viewers everywhere. She and her crime-fighting Charlie’s Angels gal pals Farrah Fawcett and Kate Jackson sat atop the ratings chart for a good chunk of the show’s five-year run. While Smith and the other Angels were the talk of the town in the mid- to late-1970s, a lot of today’s younger audience isn’t familiar with Smith and her story—which is too bad because it’s quite an interesting one.

MUST-SEE: See Your Favorite 1970’s Stars Then and Now! 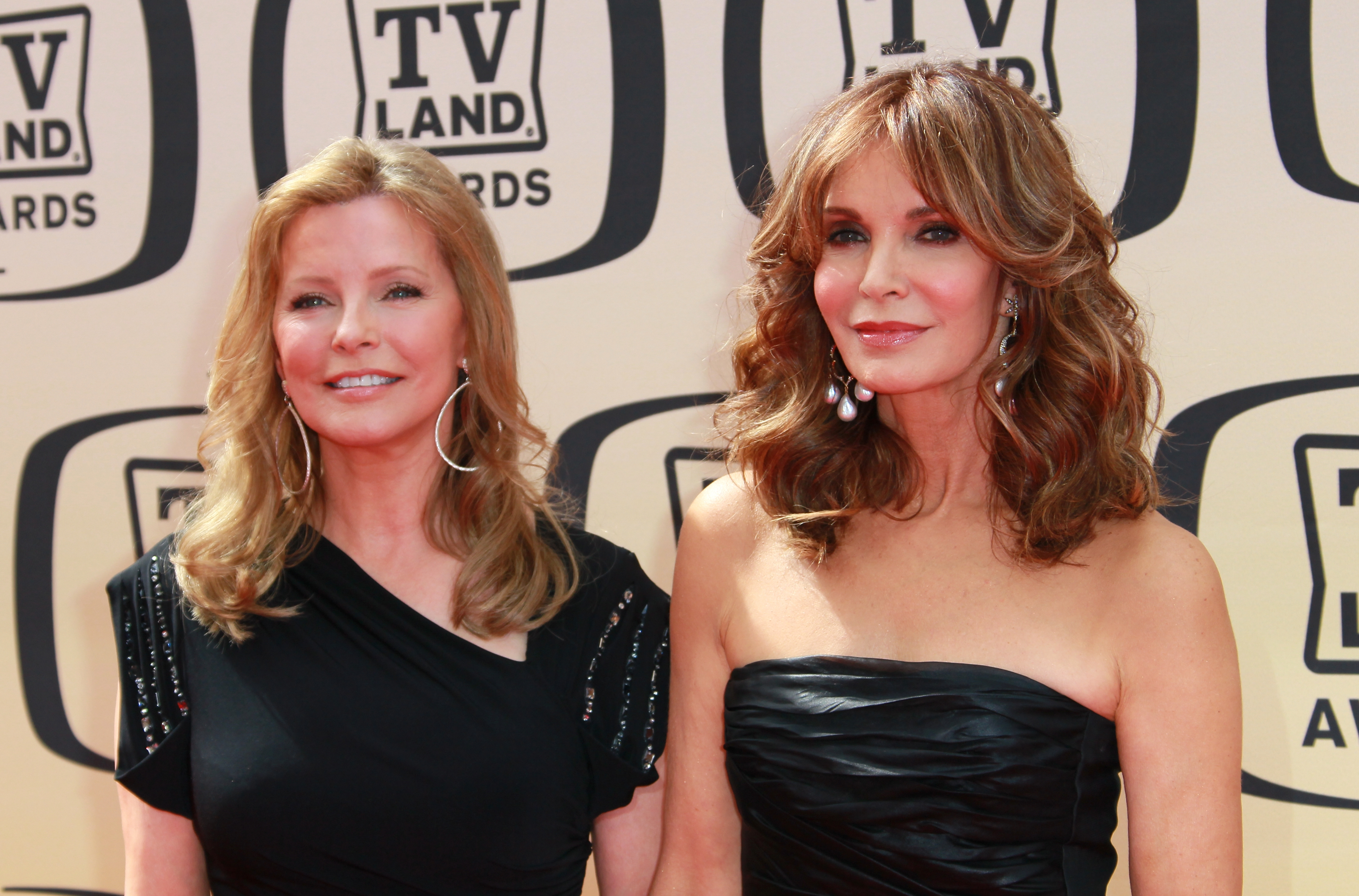 Smith was born in Houston, Texas on October 26, 1945. From a young age she loved dancing; she was 3 years old when she put on her first pair of dancing shoes. She attended Mirabeau B. Lamar High School where Ruth Denney, her drama teacher, inspired her to try out the stage. Her passion was still dancing, so when she graduated from Trinity University, she moved to New York City to make it as a ballerina. While it doesn’t seem like her dancing career ever took off, her modeling career soared. And with her good looks, it’s not hard to understand why.

After turning down the role of Victoria Winters on the ABC series Dark Shadows, Smith was offered a job as a “Breck girl” for Breck Shampoo. She continued doing commercial work, eventually teaming up with future co-star Farrah Fawcett as a spokeswoman for Wella Balsam shampoo.

MUST-SEE: Raquel Welch’s Secret to Not Aging Is a Trick Farmers Have Been Using for Years 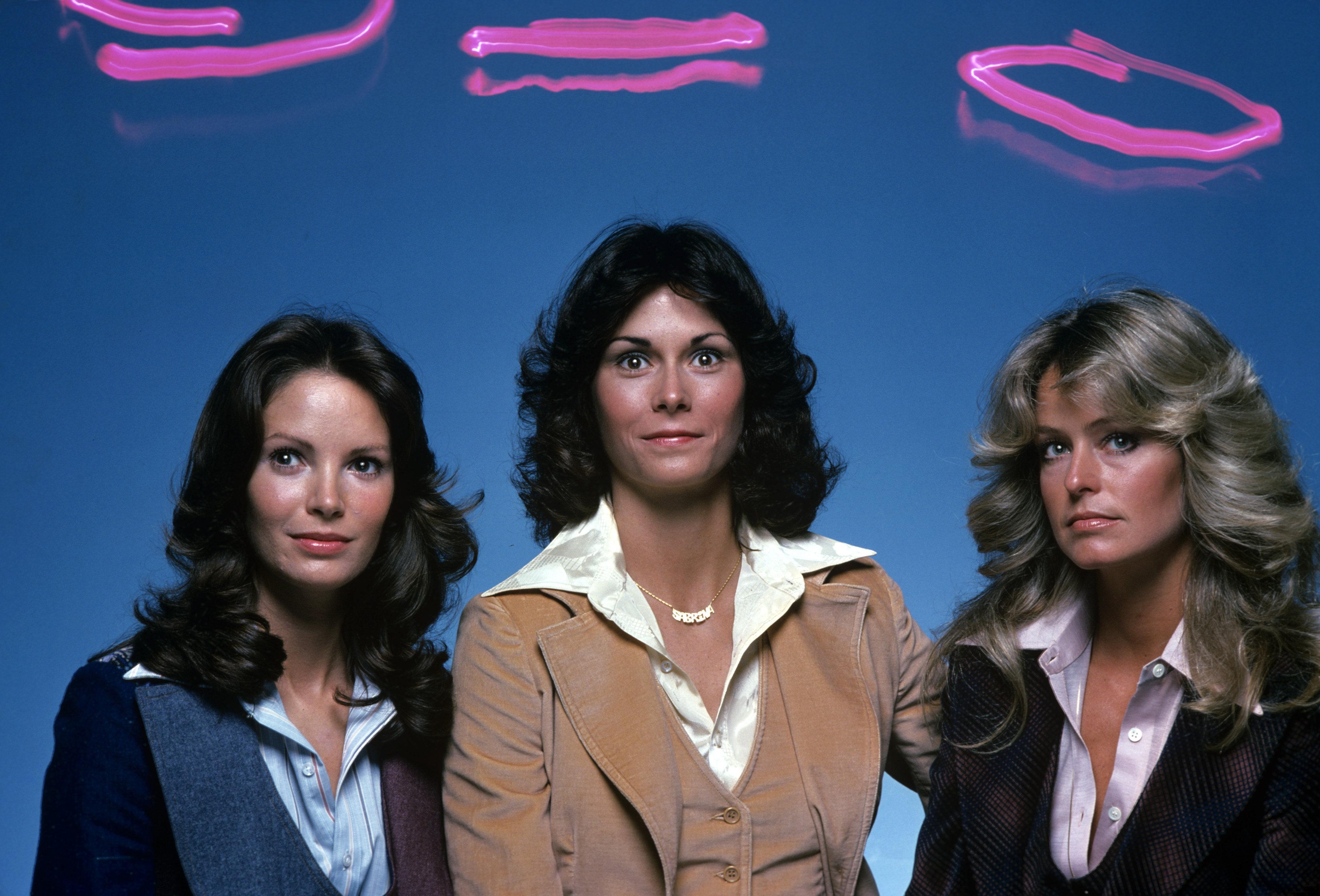 In 1976, Smith was offered the chance to star in a TV pilot for a show called Charlie’s Angels. Not surprisingly, the pilot was a smash hit, and the show debuted on ABC. For five seasons, she played investigator Kelly Garrett, earning the distinction as the only Angel to last for the entire duration of the show.

When the program was cancelled in 1981, Smith went on to star in the TV film Jacqueline Bouvier Kennedy. She was nominated for a Golden Globe for her work. Later, she worked on miniseries like The Bourne Identity, Rage of Angels, and Windmills of the Gods.

Today, Smith is not only a proven actress but also a talented businesswoman. Since 1985, her fashion line has been sold at Kmart. She’s also branched out into home decor with her line Jaclyn Smith Today. As if that wasn’t enough, the mini mogul has her own line of wigs called STYLE by Jaclyn Smith. Talk about a triple threat!

In 2003, Smith had a health scare: She was diagnosed with breast cancer. Doctors had found a small lump on her left breast, but thankfully it was detected early through a routine mammogram.

“When I heard that news, I panicked,” she told The New York Daily News in a 2012 interview. “The word ‘cancer’ is what stood out. That’s a word I didn’t even like to say. It was very surreal. I couldn’t get a grip on it,” she said. “I think my first words were, “Will I be here for my children?’”

During that tough time, Smith found comfort from her former co-star Kate Jackson who had also battled and beat breast cancer. After her doctors notified her with good news—the cancer had not spread to her lymph nodes—she opted for a lumpectomy and eight weeks of chemotherapy.

“I’m here, and I’m so grateful,” she said. “The experience made me so aware of living life right.”

MUST-SEE: Shannen Doherty’s Curls Are Coming Back After Cancer Battle 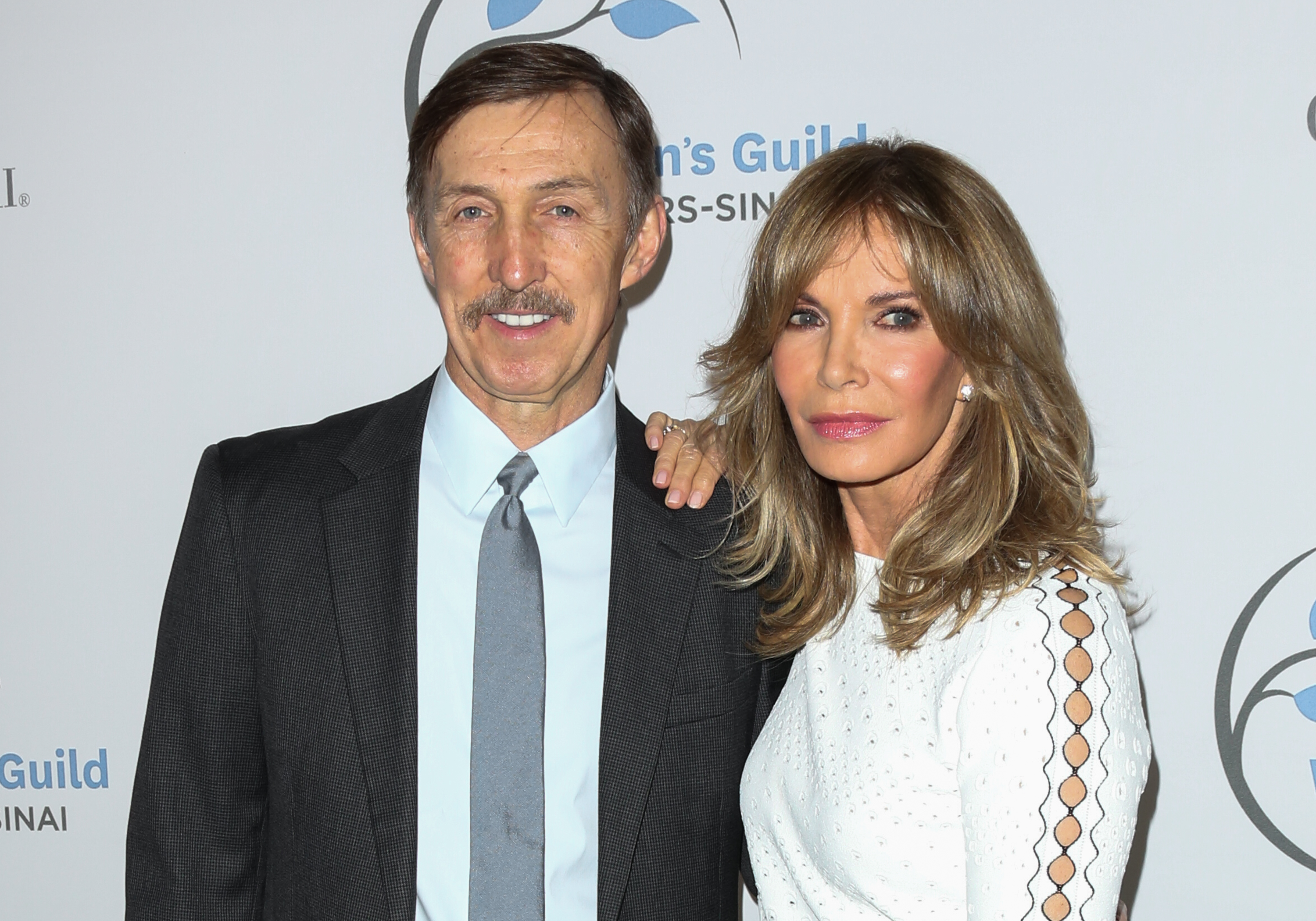 She is married to cardiothoracic surgeon Brad Allen and has been since 1997, though she was married three times prior to Allen. Her first husband, actor Roger Davis, is best known for his work on the TV shows Dark Shadows and Alias Smith and Jones. They were together from 1968 to 1975. Smith married her second husband Dennis Cole in 1978, but they divorced in 1981. (Cole appeared in a couple of Charlie’s Angels episodes, believe it or not!) After their divorce, Smith maintained a relationship with Cole’s son from his first marriage, but sadly the young man was tragically murdered in an unsolved robbery. Smith’s third marriage was to filmmaker Tony Richmond, and it lasted from 1981 until 1989. Smith and Richmond had two children: Gaston (born in 1982) and Spencer Margaret (born in 1985).

MUST-SEE: See the 18 Celebrities with the Longest-Lasting Marriages Then and Now 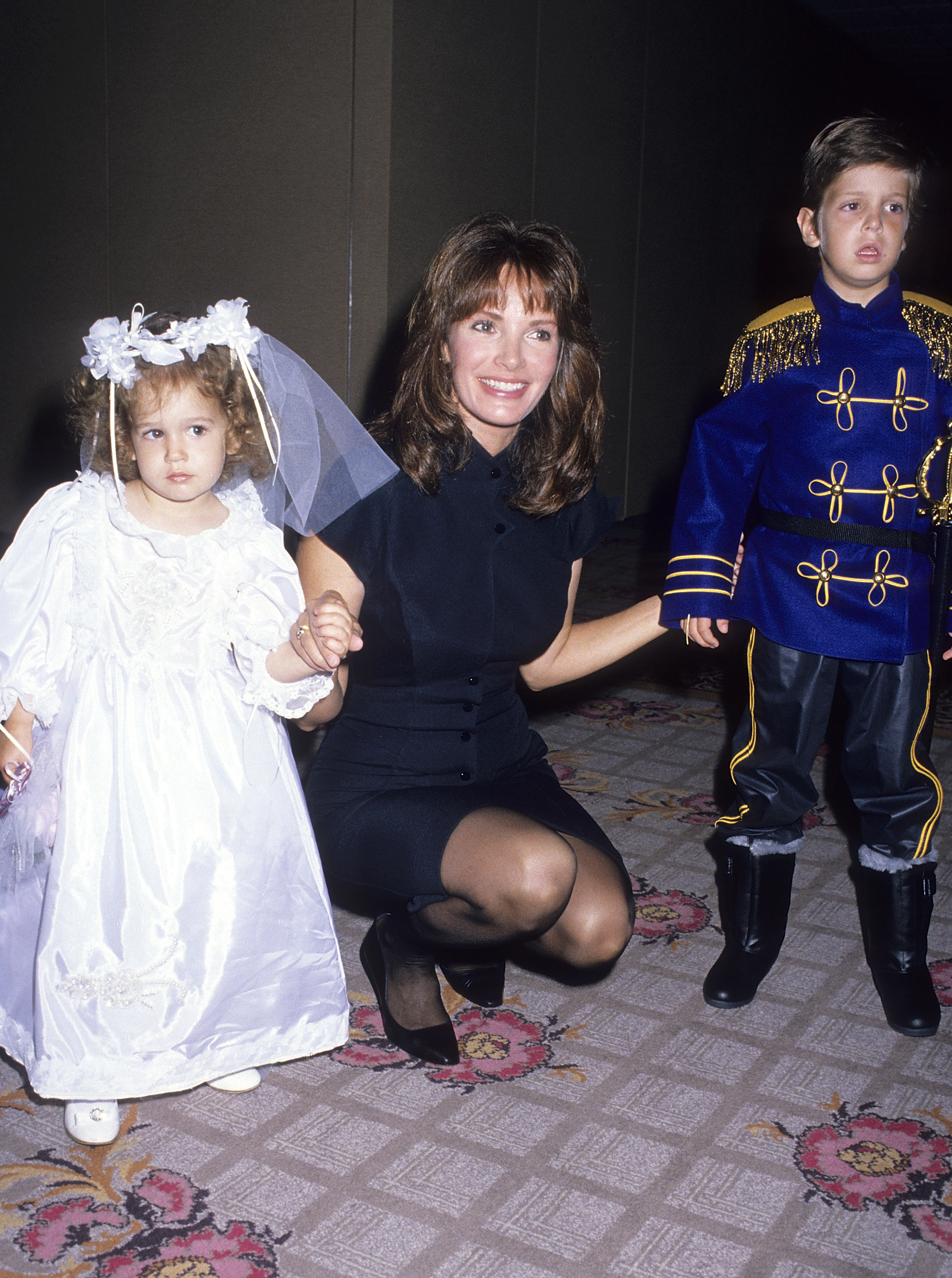 Smith’s son Gaston has followed his mother into show biz, but his work has mainly been behind the camera. He’s assisted on movies like Alvin and the Chipmunks: The Squeakuel, The Kids Are All Right, and Fresh of the Boat.

Spencer, Smith’s daughter, has maintained a low profile, but she recently starred in a Kmart ad with her mother in 2015. Viewers immediately drew comparisons between the stars, as Spencer inherited her mom’s good looks. In 2015, Spencer also married actor Fran Kranz, whose credits include the horror film The Cabin in the Woods and a film adaptation of Shakespeare’s Much Ado About Nothing.

MUST-SEE: 13 of the Sweetest Moments Between Kelly Ripa and Mark Consuelos

In 2016, Smith announced she was a grandmother after Spencer gave birth to the couple’s first child, a daughter named Bea. Smith constantly shares photos of little Bea on Instagram, and we have to say she is quite a cutie.

Baby Bea here! I'm taking over my mimi's Instagram – she says I'm stealing the show! Let me know what you think of my next wardrobe selection 💁🏻👶🏻👗 @kmart #kmart #wardrobe #funonset #littlebabybea

NEXT: See Jaclyn Smith and the rest of the Charlie’s Angels cast then and now!